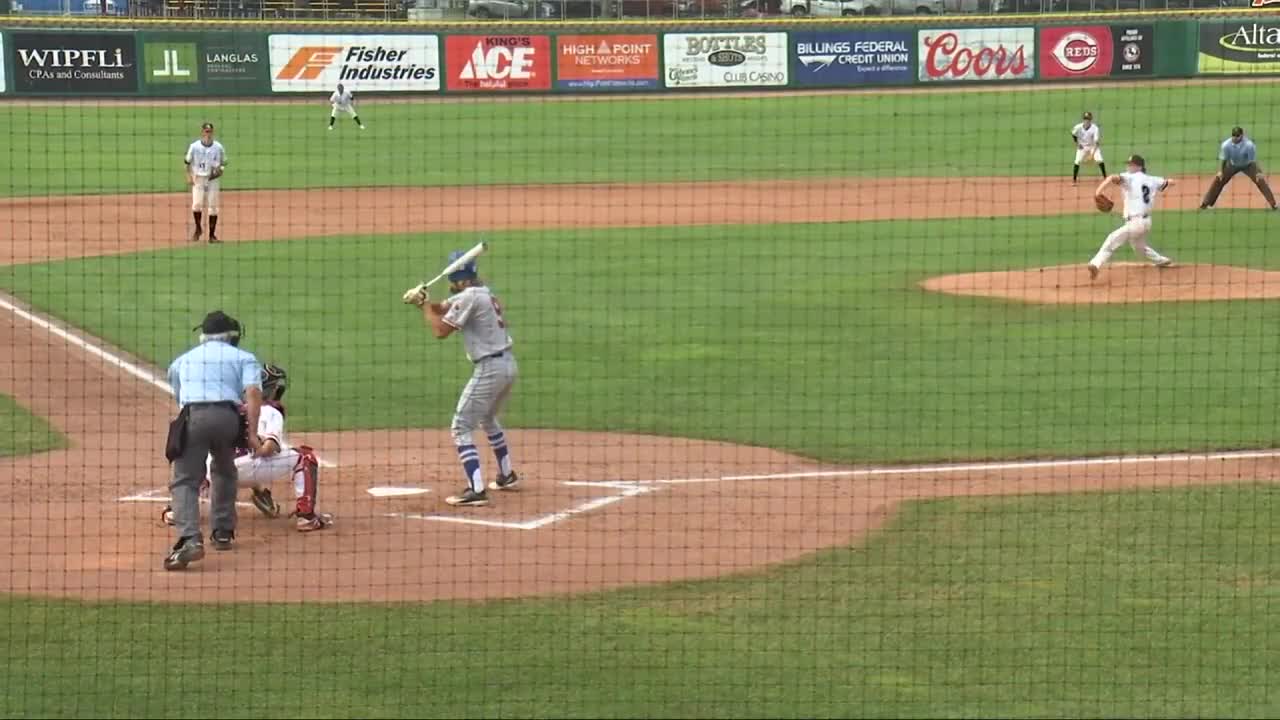 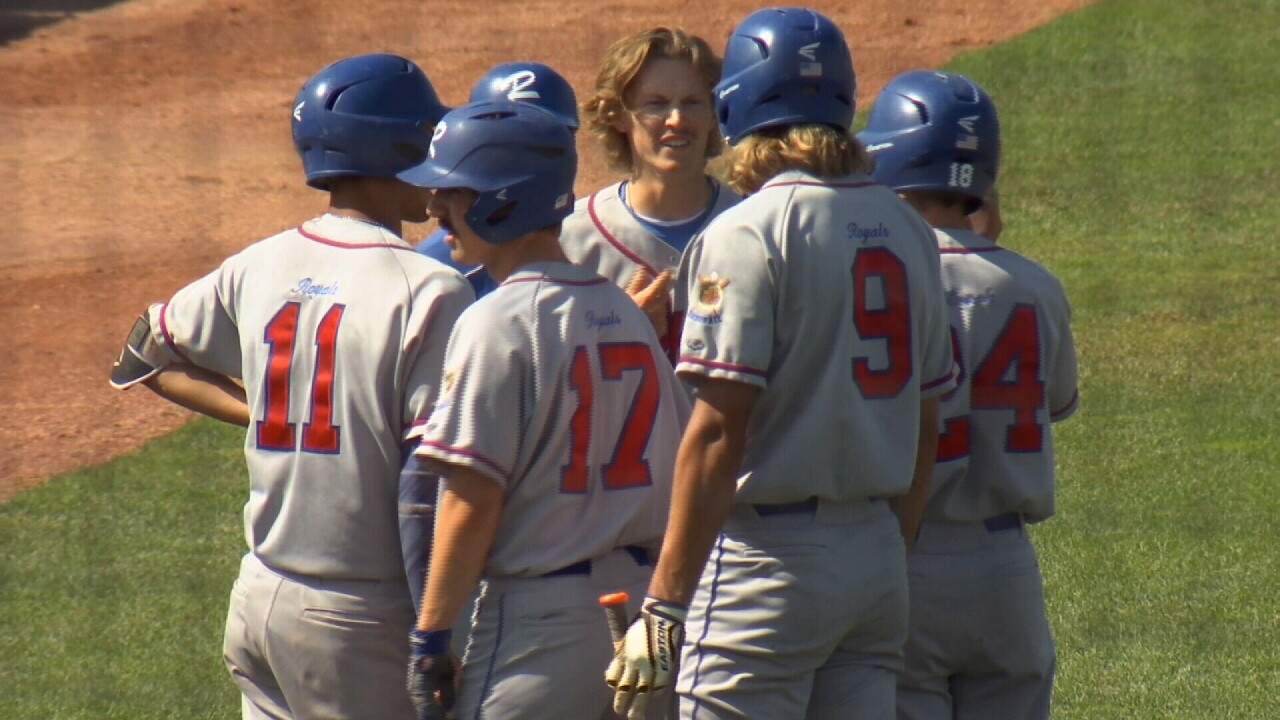 The 2018 Montana-Alberta State AA legion champions beat Lethbridge 4-3 Tuesday, turning a bases-loaded double play in the bottom of the seventh to end the game. It’s the second time the Royals beat the Elks in this year’s State AA tournament, eliminating Canada’s lone representative and advancing to the final day of the 2019 event.

Dann Blanchard hit a solo homerun with the game tied 2-2 in the fifth innings to give the Royals the lead for good. Blanchard reached base three times, finishing 1-2 with two walks.

Nick Eliason drove in Jaeden Jordahl twice in the first three innings for the Royals’ first two runs. Jordahl scored on a fielder’s choice in the top of the first. Lethbridge tied the game in the bottom half of the inning on a sacrifice fly, and then took a 2-1 lead in the second on a passed ball. The Royals quickly tied it up again in the third on Eliason’s RBI single.

Cole Miller pitched 6+ innings, giving up three runs on seven hits. Eliason came on in relief in the seventh after Miller gave up a lead-off single. He retired his first batter before giving up a single and hit by pitch on his next two to load the bases. But he induced a 6-4-3 double play from Brendan Schulz to end the game and record the save.

The Royals now await the winner of Tuesday’s Bozeman-Missoula game. If Bozeman wins, the Royals will need to beat the Bucks twice Wednesday to claim the State AA title. If Missoula wins, the Royals and Mavs will play for the right to play Bozeman in a winner-take-all championship. The first game is scheduled for 4:00 p.m., with the if-necessary contest to follow.