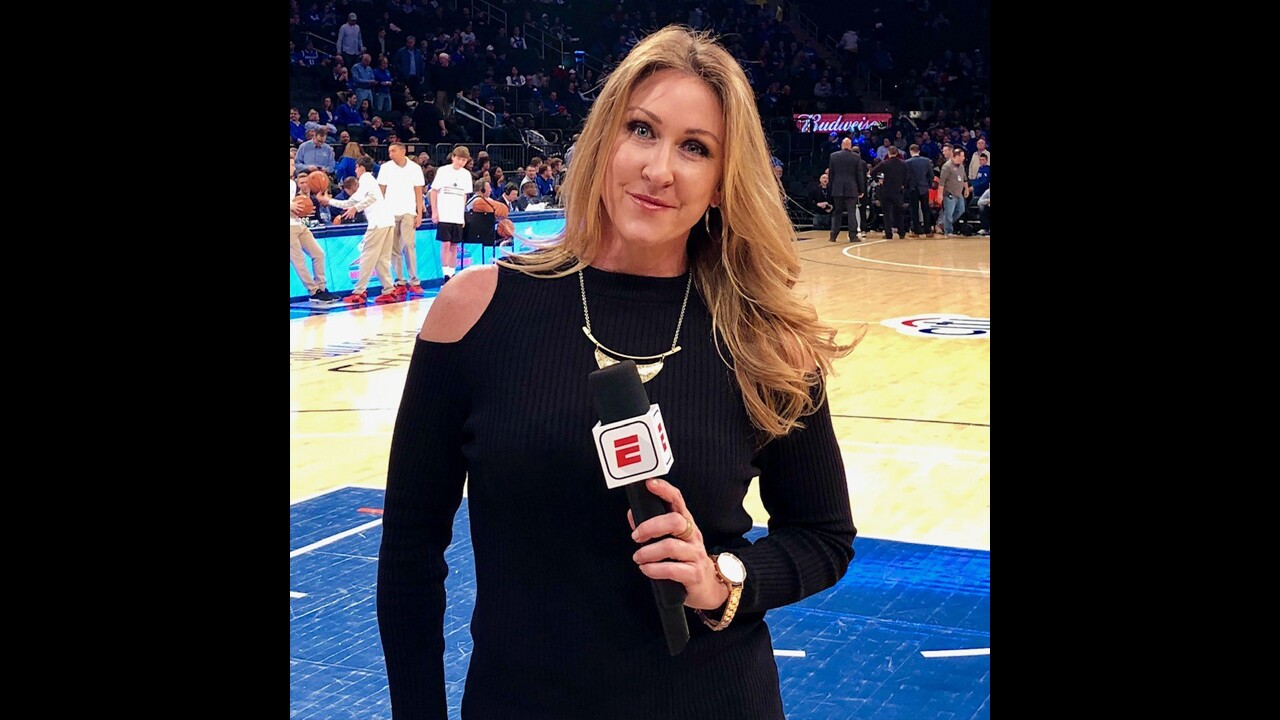 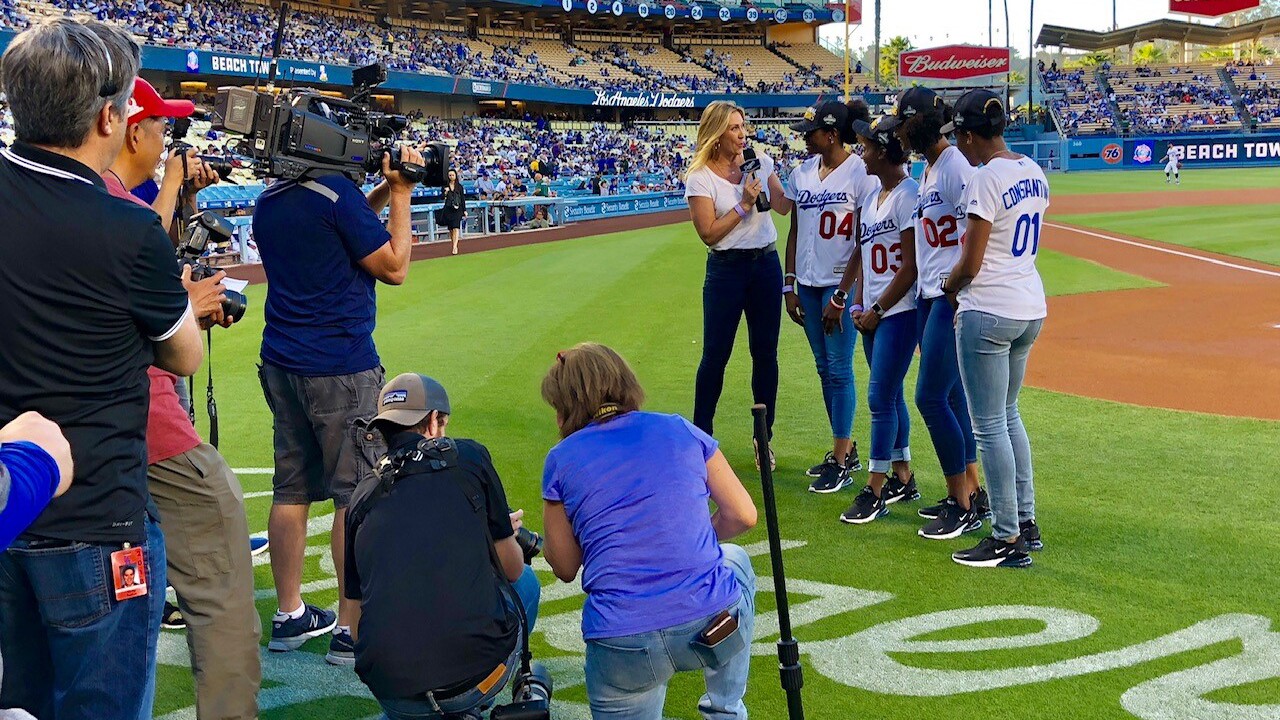 AUSTIN, Texas — All these years and competitions later, Jill Montgomery can still vividly recall when her athletic career started.

“When I was about 4 years old, I left my house by myself unbeknownst to my mother and I walked down to the daily gym and they were having a gymnastics meet. I just walked in and I said, ‘What’s going on? I want to compete,’” Montgomery said in a phone interview with MTN Sports.

And it wasn’t much later she fell in love with track and field.

“I probably was 8 or 9 … and it went from there,” Montgomery said. “My father would actually ask the meet directors to put me in the age group above so that I could get even better competition. My love for it just grew, because even though it was considered an individual sport, there were other kids around, and I was never really on a team until I got into school, but it was just a way for me to be competitive for myself.”

That competitive drive and love for sports has taken Montgomery, who has been a sports broadcaster with ESPN since 2011, all over the world, but she still calls Anaconda home. She recalls growing up next door to the Stergar family and playing with the boys, including “Jimmy,” the current coach of the Billings Central boys basketball program.

Montgomery eventually moved to Billings and was a standout athlete for the Golden Bears in the late 1980s, winning multiple state track titles and setting a Midland Roundtable Top 10 meet record in the high jump that lasted 30 years. Montgomery cleared 5 feet, 6 inches in 1988, that mark standing until Bozeman’s Lucy Corbett jumped 5-7 in 2018.

From West, Montgomery went west, starting her college career at Washington State. She ultimately transferred to Kansas State, though, and became a Big Eight Conference champion for the Wildcats in 1995, scoring 4,093 points in the pentathlon. That pentathlon performance still ranks 10th all-time at Kansas State, and Montgomery’s 8.21-second time in the 55-meter hurdles ranks tied for seventh.

Following the strong indoor senior season, Montgomery was expected to be one of the best heptathletes in the country with all-American dreams, but an injury prematurely ended her college athletics career. It’s easy, then, to understand why Montgomery gets emotional for this year’s athletes who are missing their senior seasons because of the coronavirus pandemic.

“They didn’t get to partake in something that is the pinnacles of their careers,” Montgomery said of the canceled NCAA indoor track and field championships and outdoor season. “And then the younger athletes just didn’t get to experience it at all, so that sense of unity and team — even though track and field is an individual sport — it just all got blown out of the water and it evaporated in one afternoon, so my emotions were to them. It was just heartbreaking, and the mental toll on them just has to be immeasurable.”

But it’s taken a toll on Montgomery, too. Since joining the team at ESPN, she’s become one of the faces of the network’s track and field coverage. She annually serves as the the on-field reporter for ESPN’s coverage of the NCAA track and field championships. In fact, she was in Albuquerque, New Mexico for this year’s indoor championships in mid-March when the COVID-19 outbreak canceled the championships — and every other sport in the country.

“It was really difficult, just because our entire season got cut short, indoor and the entire outdoor season. … For me, it’s a job and, yes, it is something that I take a ton of pride in and I enjoy to do and contribute, (but) it’s not about the network time and the celebrity of it or the attention of it. It’s all about the athletes, because the athletes make my job possible,” Montgomery said.

But the reality of the novel coronavirus has also hit especially close to home for Montgomery. Her younger sister Kati is a healthcare professional in Kennewick, Wash.

“She’s my teammate in life, she’s my sister,” Montgomery said. “She’s a warrior, man. She’s doing the thing that most people probably wouldn’t sign up to do, and she’ll be part of history.”

Montgomery said she checks in with her sister daily to check on her well-being and learn her perspective from the frontlines battling COVID-19. With much of the country living under stay-at-home orders the past couple months, the coronavirus pandemic has created plenty of anxiety.

Montgomery, who is also the CEO of a talent development company called Four Leaf Productions, has tried to maintain a supportive, positive attitude through the restrictions. There have even been opportunities for personal growth during this unprecedented time.

“This is going to teach you to learn balance. As much as we want everything in our lives, things don’t work out to our favor. Even when you do all the things right and you’re accountable and you’re a good person, things in life go wrong, things in life don’t go your way,” Montgomery said. “Find a way to use those examples that happen to you in life and those situations that happen to you in life as a positive. How do you pull a positive out of this?”

If she hasn’t always been good at finding the positives in trying lessons, Montgomery seems to be an expert now. Her career has blessed her in a number of ways as she’s experienced games and events most can only dream of. In addition to track and field, she covers college basketball and football for ESPN, working alongside sports media icons like College GameDay host Rece Davis. Montgomery has also covered the Pan American Games and multiple IAAF world championships. (Editor’s note: The IAAF, previously known as the International Amateur Athletic Federation and International Association of Athletics Federations, has rebranded as World Athletics.)

But her favorite moment at ESPN remains her first one.

“It was when I got the call (from Dan Steir, who was the coordinating producer of college basketball at ESPN at the time). He had let me know that there was a gentleman that was going to be calling me, that they were going to be offering me a game, and to take it,” Montgomery recalled. “It was just all the hard work that I had put in. It was like, ‘Wow, I’m finally getting my shot.’”

All because a 4-year-old girl walked in and said, "What's going on? I want to compete."