A look back in time: Bannack's history with America's pastime 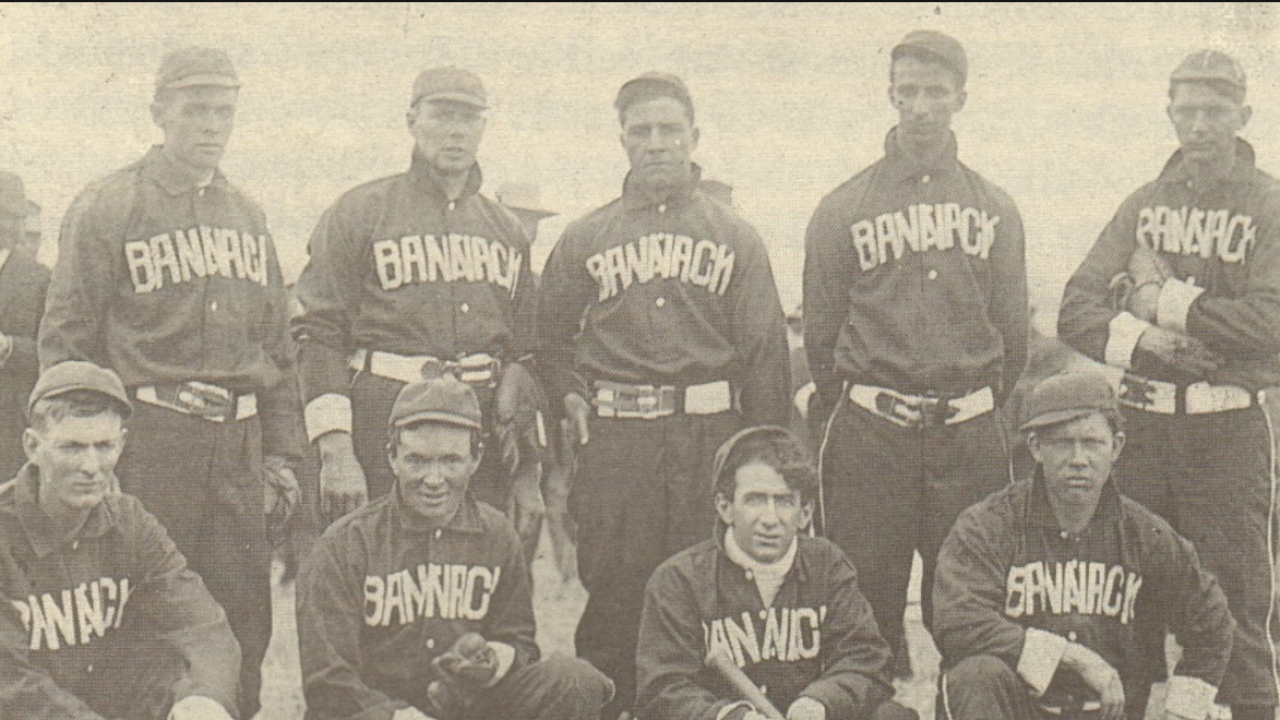 BANNACK — In the year 1890 Wyoming and Idaho were admitted as the 43rd and 44th states.

And in Montana, which was admitted into the Union the year before, a stellar baseball team in the town of Bannack was beginning its legacy in southwest Montana.

Bannack was built on the hard work of miners. The days were long for those men putting in close to 12 hours a day of hard labor, so when the time came to unwind, sports became the most popular option to forget about life's daily stresses.

“Sports gave them something, something positive in their lives when mining was such a dreary kind of life for many of these folks and their families that lived in these mining camps," said Bannack historian John Phillips.

Throughout much of the early 1900s basketball, football and boxing became widely popular in the mining town, but baseball sat above the rest. America’s pastime became a major part of Bannack’s social culture, and the boys from Bannack were willing to travel anywhere to play, no matter the obstacles.

“There were times where Bannack was going to play Glendale and I’m thinking, 'How many days did it take you to get to the place for baseball?'" Phillips said. "Because it wasn’t like you got in a car and drove. You got into a wagon, and you went to this other mining town to play baseball.”

These athletes didn’t have world-class facilities to play these games. Even a sandlot field would’ve been better than some of the places they played.

“They talk about one of the baseball diamonds set up in the tailings of a mill," Phillips said. "I mean, it’s not quite the nicest play to play baseball.”

There’s even records of Bannack pioneering women’s baseball and basketball in the early 1900s, a time when women didn’t even have the right to vote yet. Because there weren't many other women’s teams around the area they played against anyone they could.

“There were two women’s basketball teams, so I guess they could’ve played each other, but instead they played the eighth-grade boys team here in Bannack," said Phillips.

Montana’s pioneering towns and communities have and always will thrive on sports. Behind the preserved ghost town that you see today was close to 50 years of exactly that: a town using sports to take away the daily grind of life on the early Montana frontier.