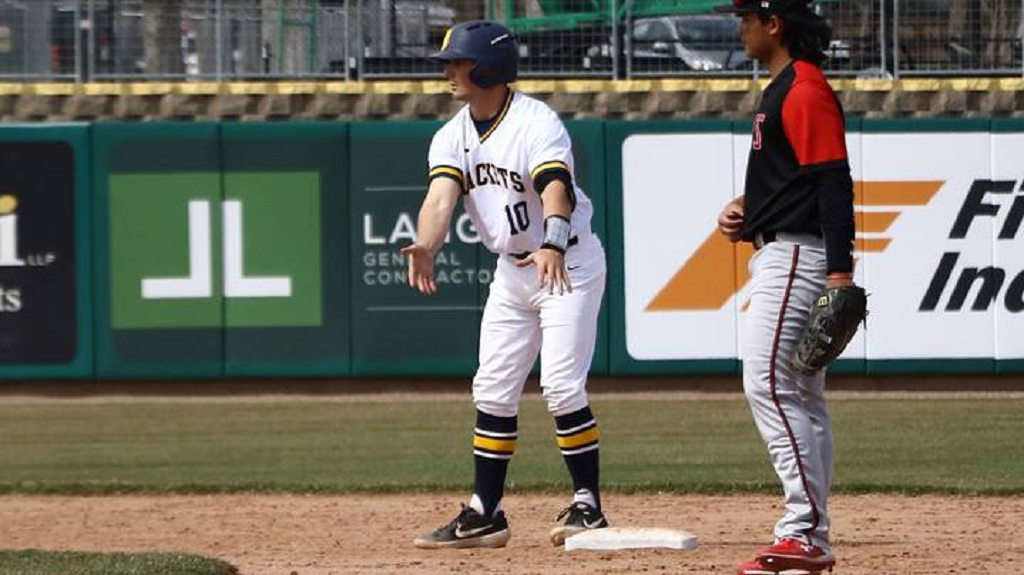 The Kalispell native went 9-for-16 (.562) in MSUB’s four-game series victory over Saint Martin’s University at Dehler Park, and led the team with eight RBIs. “It is another big honor for one of our guys to get representation at the regional level,” said MSUB head coach Aaron Sutton. “Andrew comes ready to work every day and it has shown with his performance week-in and week-out.”

Schleusner posted a slugging percentage of 1.000, as he racked up four doubles and a home run among his conference-leading nine hits. He also scored four runs, and played perfect defense in eight chances while catching the final game of the series.

Starting the series off with a bang, Schleusner went 3-for-5 with two doubles and three RBIs in Game 1 as the ‘Jackets ran away with a 19-5 win. It was the second time in Schleusner’s career that he hit a pair of doubles in a single game. He followed that with a huge two-out, two-run single in the fourth inning of Game 2, which opened the scoring in MSUB’s eventual 5-3 win.

On Saturday, Schleusner blasted his first home run of the year and sixth of his career in the bottom of the first inning of the 17-5 blowout win. He also had a pair of singles and a double in the game, marking the second time in his career that he reached his personal best of four hits.

Schleusner is batting .318 overall on the season, and is tied for the team lead with 10 doubles while ranking second on the squad with 24 RBIs. His doubles mark is tied for most in the GNAC, and his RBI total is fifth-best in the league.

The Yellowjackets (17-15, 17-7 GNAC) are in first place in the GNAC standings. The team is next in action on Friday and Saturday, with a four-game series against second-place Western Oregon University (16-8, 13-8). Doubleheaders are scheduled for 1 p.m. both days.