Florence’s Oliver Post earned the quick-pin honor on the afternoon, taking care of Arlee’s Tyrel Thomas in just 14 seconds at 103 pounds. Post’s teammate Roman Sparks was also victorious by pinfall in under 30 seconds, defeating Florence’s Aaron Edens at the 29-second mark of their 120-pound match.

Florence led the way with 11 matches won, followed by Thompson Falls’ nine. Alberton-Superior won eight and Arlee one during the quad.

Results from Tuesday’s wrestling quad can be found below. 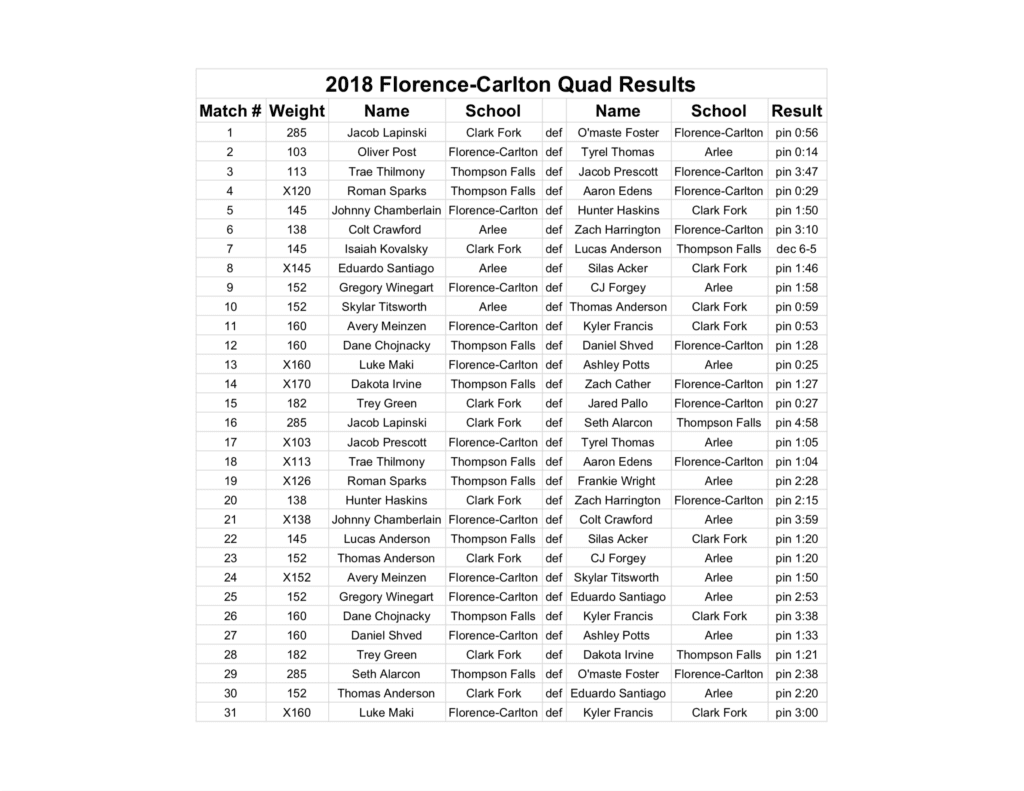