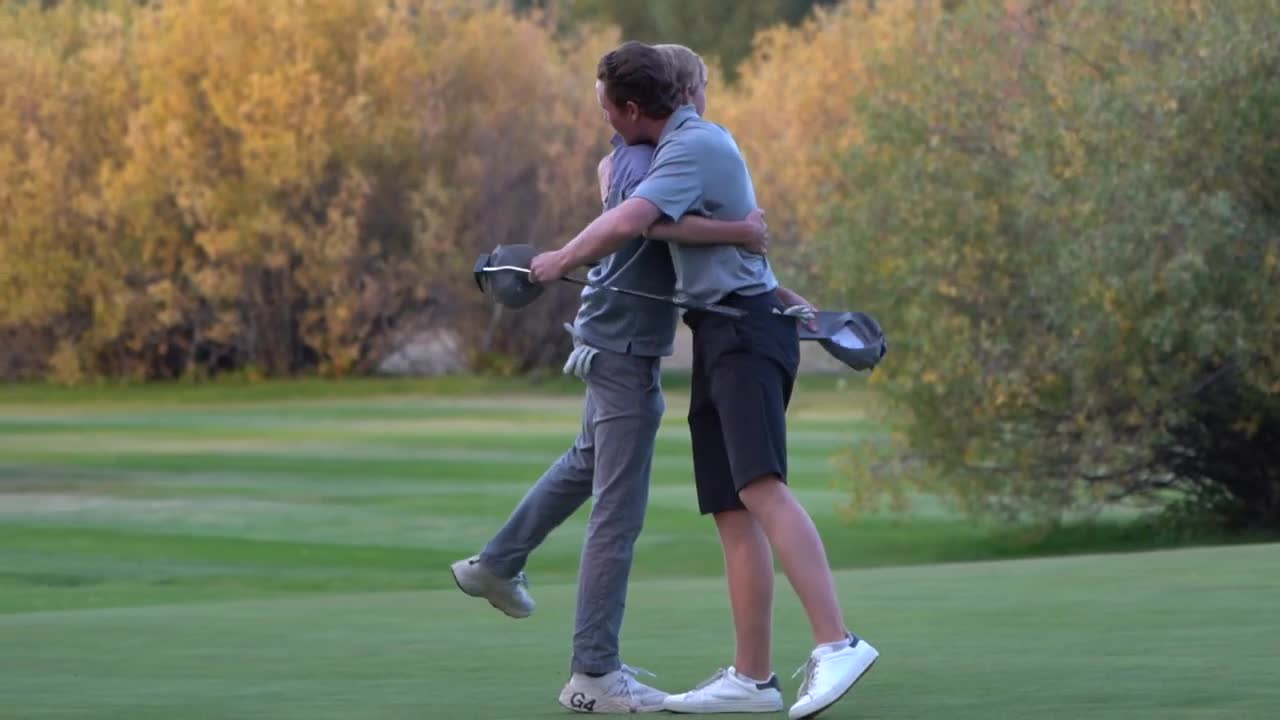 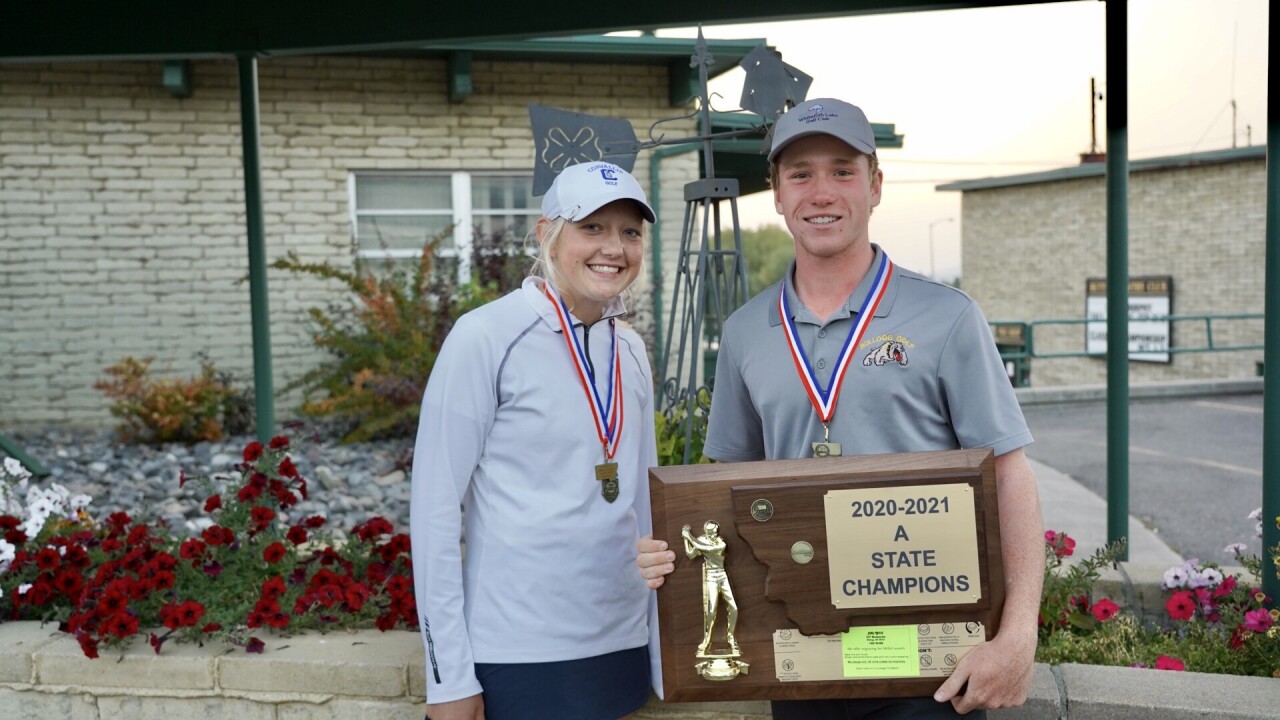 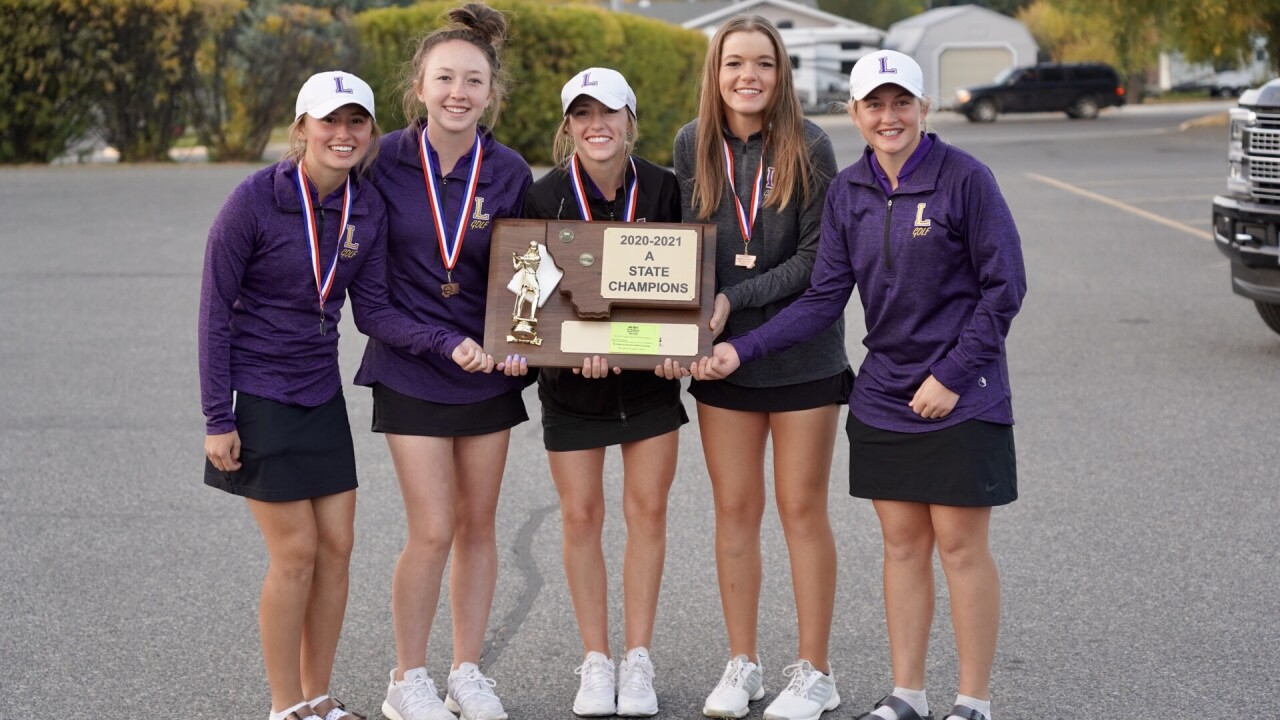 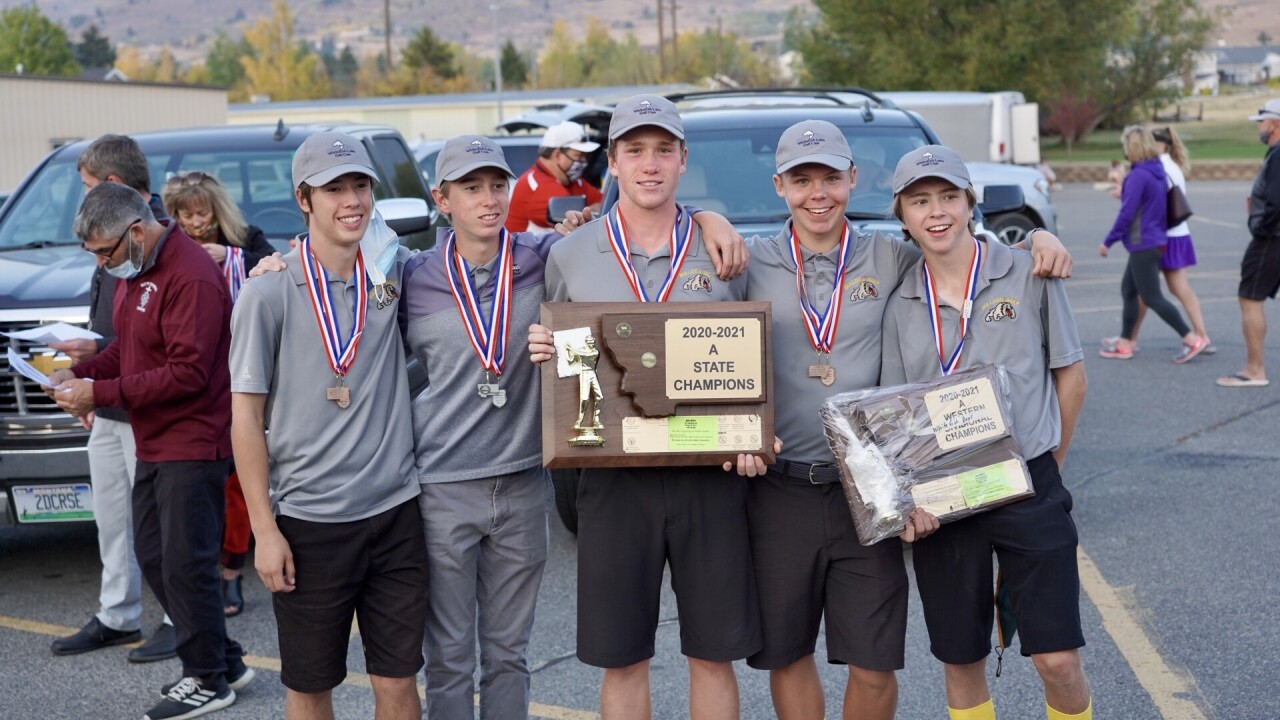 BUTTE -- Cameron Kahle is growing accustomed to playoffs, though he would prefer to avoid them.

For the second year in a row, Kahle, a Whitefish senior, needed more than 36 holes to secure the Class A state golf championship, but unlike last year's three-hole thriller, Kahle won on the first hole of the playoff at Butte Country Club on Friday. Macee Greenwood of Corvallis won the girls title.

Kahle defeated teammate Billy Smith, a Texas transfer who's only a sophomore, on the first hole of the playoff -- the par-4 16th hole -- by knocking down a par to Smith's bogey. The two were tied at 146 after finishing up on the par-4 11th, where Kahle sank the final putt of the round, forcing a tie that neither golfer was aware of.

"We didn't know that we had to go to a playoff until about 20 minutes after we finished. It was interesting. Being able to get back into this playoff mentality is fun, I don't really like it -- of course you have to compete under pressure, but it's not something I like to do against my teammate," said Kahle. "Billy, it's his first year at Whitefish and he's done an outstanding job. He's upcoming. He's one of the better players I've ever seen. He has a great game, great mind, and if he sticks to it he's going to be a great golfer."

"Going into the season, I've known Cam for the last two years and I had a feeling it may come down to us two, but it's been a great season battling, me and him. I feel like every tournament it came down to something like this," said Smith.

"I'm sorry there had to be a loser (Friday), but he's not a loser. It was an amazing round of golf, he played great, and he has a very, very bright future. I'm talking about Billy Smith," said Whitefish head coach Bill Kahle, Cameron's father, who is stepping down as head coach. "It's been exciting. I'm happy this was my last year coaching because my heart will be much healthier this time next year, I won't have to risk heart attacks anymore on these state championships."

The Laurel girls added another third -- a third consecutive Class A team title, this one breaking the classification's state scoring record. The Locomotives scored 680 to win by 94 strokes, beating the old Class A scoring record by an impressive nine strokes.

Alivia Webinger (160), Hannah Adams (168) and Haylee Adams (169) finished second, third and fourth, respectively, but it was Greenwood, Corvallis' junior sensation, that led from start to finish.

After an impressive 75 on Thursday to take a five-stroke lead, Greenwood scored the best round again Friday, a 78, to win the tournament by seven strokes. She finished runner-up the past two seasons.

"Definitely towards the end it started to get to me. I made a couple bad shots and was feeling nervous, but I was able to pull it off," said Greenwood, who made some impressive saves, including a par on the par-4 12th hole that saw her second shot roll well over the green and near some bushes. She placed the ensuing chip to within 15 feet and buried the par putt to give her momentum into the final holes.