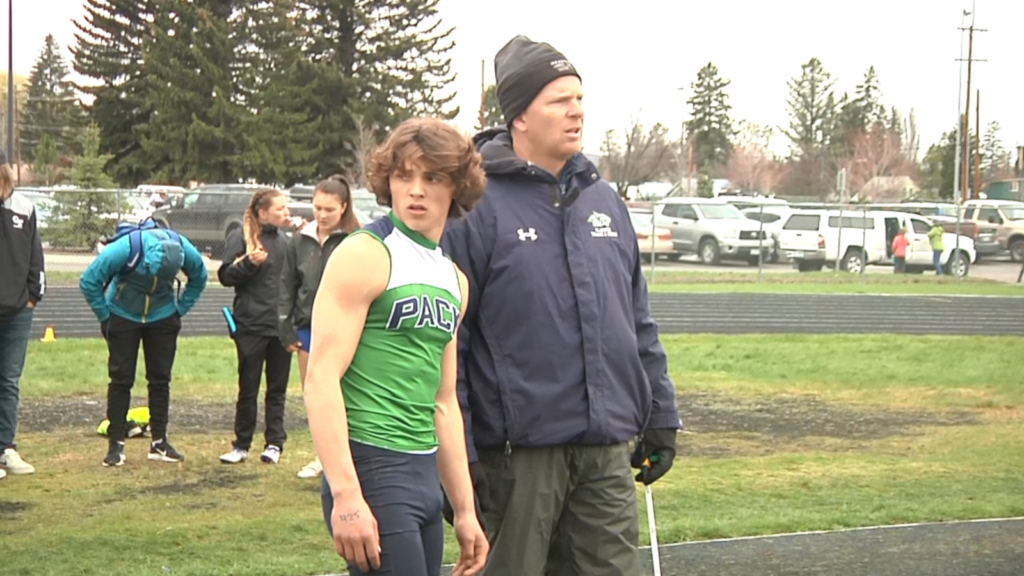 Deck placed third at the 2018 State AA meet in the 300-meter hurdles and has been one of the most explosive athletes in Class AA this track season. His explosion was on display at the Whitefish ARM meet in late April when he entered the triple jump for the first time in his life. He wound up winning the meet, qualifying for the State AA meet and now has the No. 2 mark in the event in Class AA.

“Drew’s been a good addition,” Kalispell Glacier coach Jerry Boschee said. “Last year he kind of learned from that group of seniors, watched them. State track was really good for him. This group, they’re settling in. It’s been a long process.”

Deck has qualified for the State AA meet in both the 110 and 300 hurdles, the 400, and the long and triple jumps. He also runs on both relay teams for Glacier, which rank among Class AA’s best. It seems fair to say that Deck has had a full plate this season.

“He’s been a good leader. We keep throwing more and more at him and he keeps rising to the occasion,” Boschee said.

“Just trying to come out here and compete for my teammates every day and always get that PR, personal best,” Deck said.

Deck realizes the Wolfpack have a target on their backs as the defending state champions, but he and his teammates have maintained a business-like approach throughout the season. Glacier has seen several athletes with outstanding marks as the season has progressed, including Dyllyn Stabler running the 100-meter dash in 11.04 seconds last week.

“The returning seniors and juniors that were on the state team last year are still hungry. It’s been fun to compete with them this year and we’re striving every day to get better,” Deck said.

For Glacier to have a chance at repeating as State AA champion, Deck will likely have to shoulder a large load, which he’s grown accustomed to throughout the season. Evan Todd’s performance in the javelin will be key for Glacier in the team race, too. Todd, the defending State AA javelin champion, recently set a Montana best with a throw of 208 feet, 8 inches.

The Wolfpack may have graduated a few studs from last year’s team, but Deck and his teammates have picked up the slack.