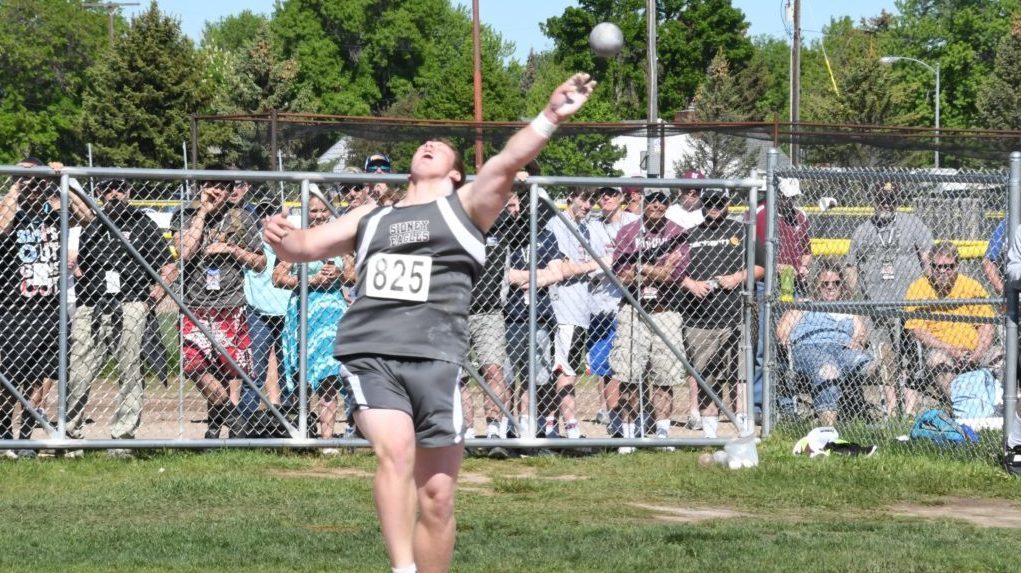 GLENDIVE — Two of Montana’s most decorated track and field athletes were exceptional once again on Saturday afternoon. Sidney’s Carter Hughes and Baker’s Wrenzi Wrzesinski were as good as advertised at the Wibaux Invitational, winning each event they entered.

Hughes, who has won Class A state titles in both the discus and shot put each of the past two years, made his season debut on Saturday and did not disappoint. Hughes won both the shot put and discus without much contention. His toss of 54 feet, 1.5 inches in the shot put is Montana’s best throw to date. His discus toss of 150-11 is Class A’s best and Montana’s No. 2 ranked toss.

Hughes led Sidney to a second-place finish, as Glasgow won the team title with 88 points. Sidney finished with 74.5.

Wrzesinski, who has won 11 State B medals over the past two seasons, was her dominant self again on Saturday. Wrzesinski won the 100-meter hurdles in 16.25 seconds and the 200-meter dash in 26.42. Wrzesinski beat 2018 Class C runner-up Zoe Delaney in the 200.

Baker held off a handful of challengers to win the team title with 69 points. Glasgow (61.5), Westby-Grenora (57) and Plentywood (56) were all within striking distance.