SIDNEY – Sidney thrower Carter Hughes will continue his track and field career at the University of Minnesota, his mother told MTN Sports Saturday.

Hughes is the two-time State A defending champion in both the shot put and discus. He announced his decision on Instagram as well: 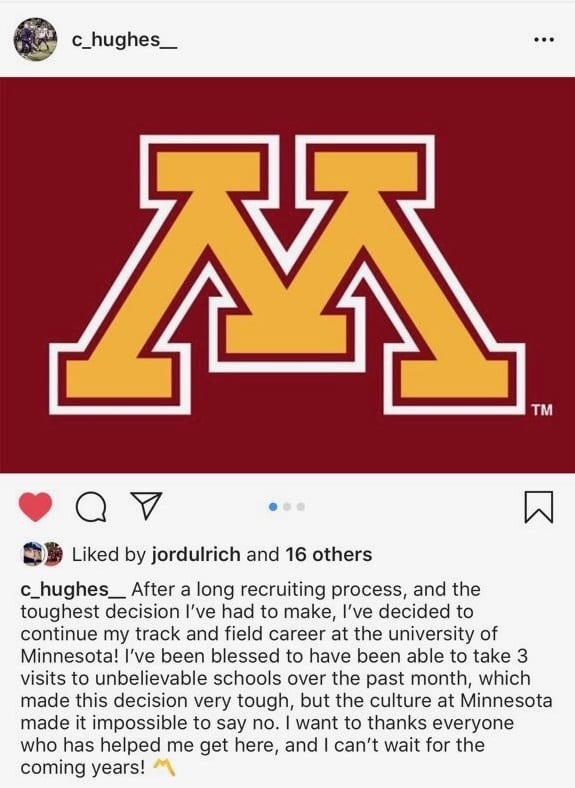 Hughes’s brother Garrison Hughes is a freshman pole vaulter at the University of Nebraska. He holds the Montana State A pole vault record, and unofficially was the first Montanan to clear 17′ last Spring.