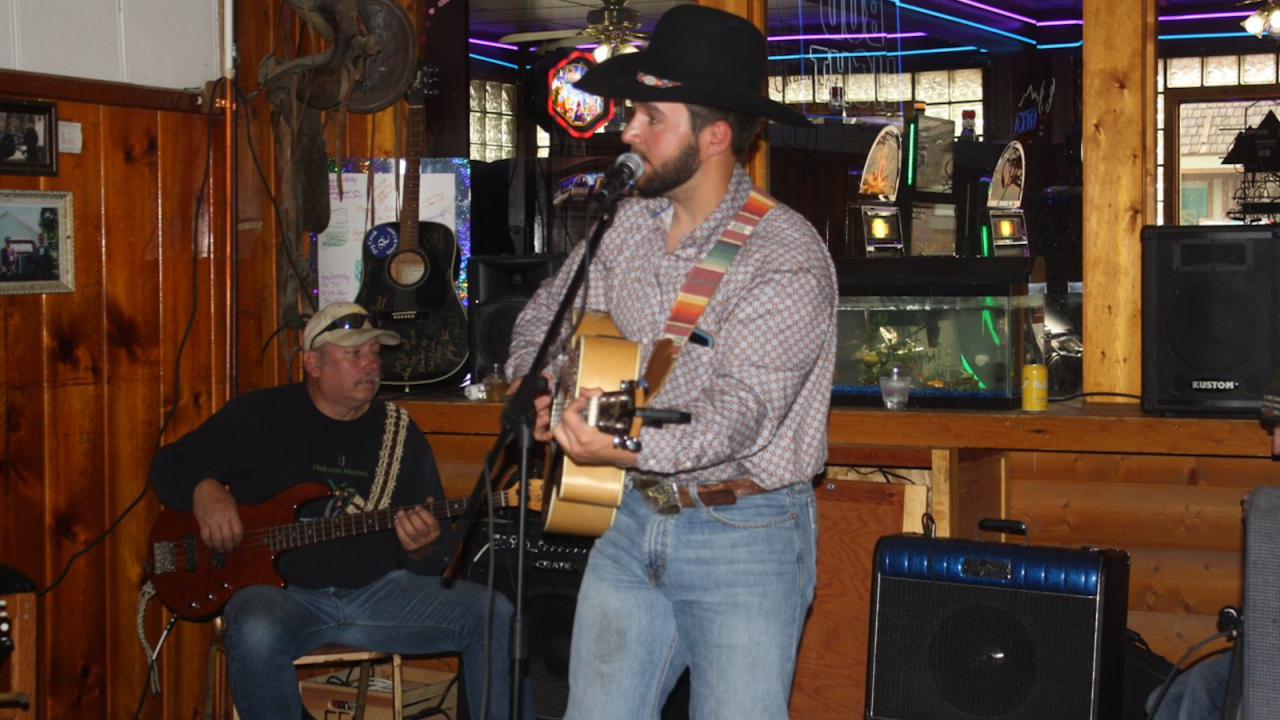 Jaden Bienvenue might just be the most interesting kid in Montana.

High school sports fans might know him for his physical, nasty play along the Billings West offensive line or as one of the state’s best shot put and discus throwers, but that’s just the tip of the iceberg for the recent high school graduate.

He tried his hand at a few different sports growing up, including motocross, where he had a wild amount of success.

“My grandpa was into restoring cars – rat rods, hot rods – repainting them. We actually have a ’56 Ford that he hand-restored by himself. That’s kind of how he lives on for me," Bienvenue said. "My dad did a little drag racing, was always kind of into motorcycles and all that, so he got me and my brother into motorcycles when we were really young. I think I first started riding, putting around the house when I was 3 or 4 (years old).”

Ultimately, he had to give up Motocross before the age of 15. A freak accident sent Bienvenue to the hospital with major injuries, causing him to rethink his commitment to the sport.

“I was in Gillette, Wyoming for the Series Championship race. I’d kind of been back and forth between the Montana and Wyoming Series, and I was leading the Wyoming Series in both my classes, so all I had to do was finish and I would have won," he said. "First lap, first moto – Gillette kind of sits in this bowl, the track does, and there’s this big triple on top of the hill. I was going past this kid for the lead. He tried to throw a whip and hit my tire and sent me into a nosedive. That was a 60-foot triple, and I landed in the flat on my head. It probably would have killed me, but I had my neck brace on. It saved me. I was knocked out, unconscious, they life-flighted me to Denver. I finally woke up in Denver. I spent the week there and came back. I had a traumatic brain injury. It was a severe concussion.”

That head injury is one of the main reasons Bienvenue opted not to play football at the collegiate level and instead focus on his studies. It will also open up Bienvenue’s free time to explore his other passion: music.

Bienvenue’s quite the music junkie. He’s been to several concerts, ranging from Sawyer Brown to Def Leppard to Snoop Dogg. His first love was the hairbands like Motley Crue, Van Halen and Def Leppard, but country music has tugged at the heartstrings over the years, especially the older stuff like George Jones, Waylon Jennings and Chris LeDoux, which influenced his start in music.

Bienvenue didn’t take a serious interest in learning how to play and write music until his teenage years, but once he did it took off.

It began with old country tunes, but, as he played more and more, his library became more diverse.

“Started jamming with some people, and, man, I met a lot of people really quick, really quick in music. And that instantly made me better," Bienvenue said. "Playing, singing with these other people that didn’t just play country, that were blues, rock, that kind of stuff, it was good to cross over and diversify a little bit. That’s what really made me start getting connections in the music industry.”

Bienvenue is now honing his craft as a country music artist. He’s played on radio shows, at a local benefit for a family in need and, most frequently, over in Bridger, where you can hear the deep, booming voice of “The Kid" alongside a team of local musicians.

If he’s learned anything over the past few years, it’s to write what you know.

“You can’t pretend to be something you’re not. Chris LeDoux said that. It’s kind of something that’s always stuck with me playing music and writing music, is write about what you know. Don’t be something you’re not," Bienvenue said. "I look at that. Out here where I live, everything that I do, the times around us, everything like that, I just write it, put it in a melody, give it a little rhythm and turn her loose, I guess.”