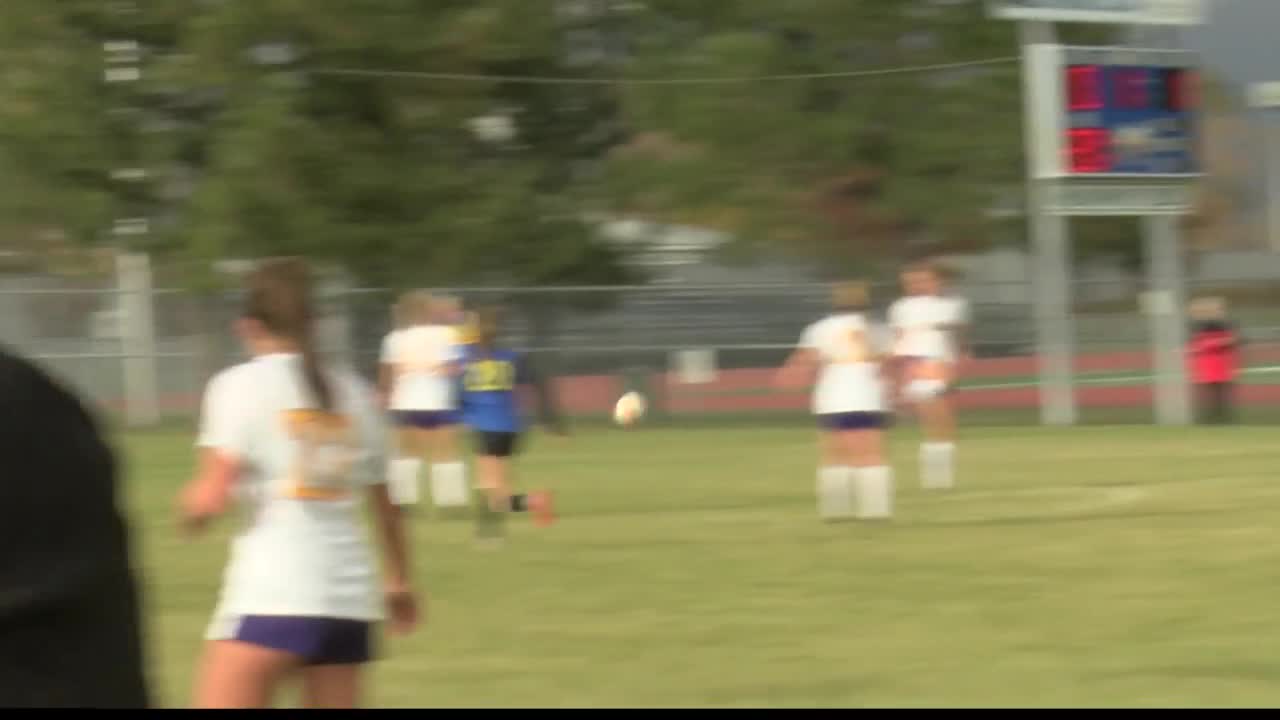 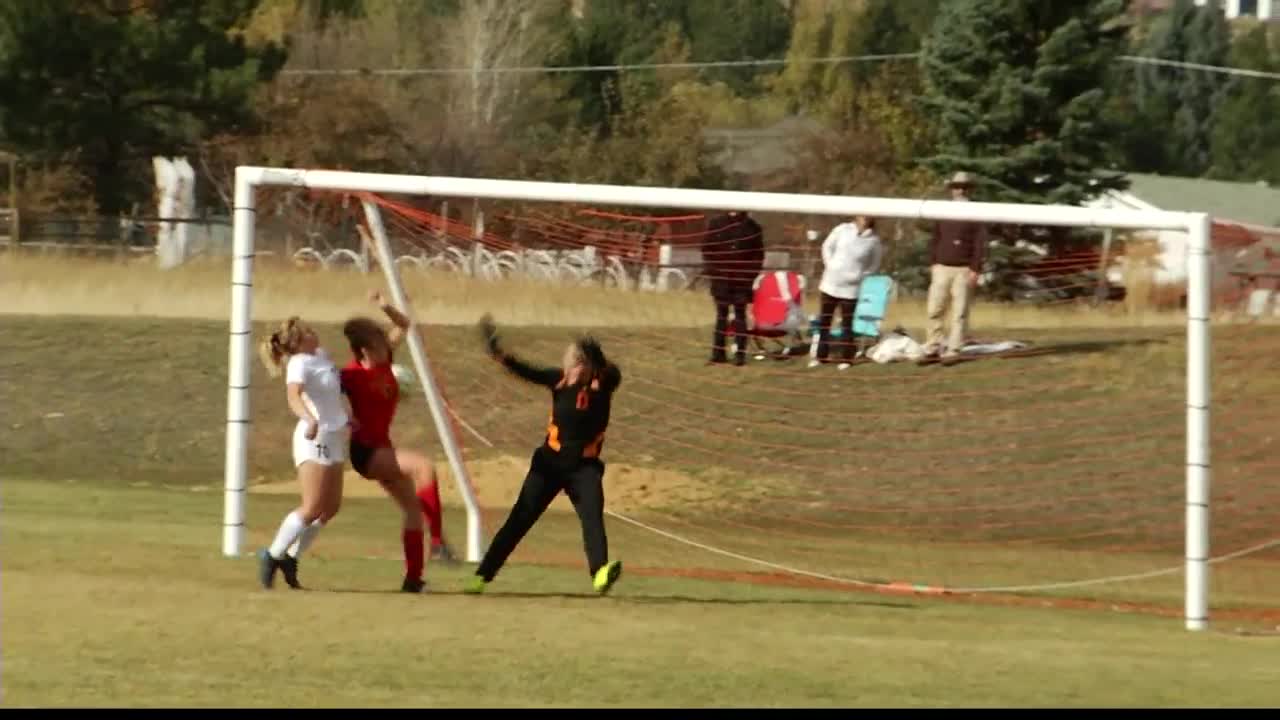 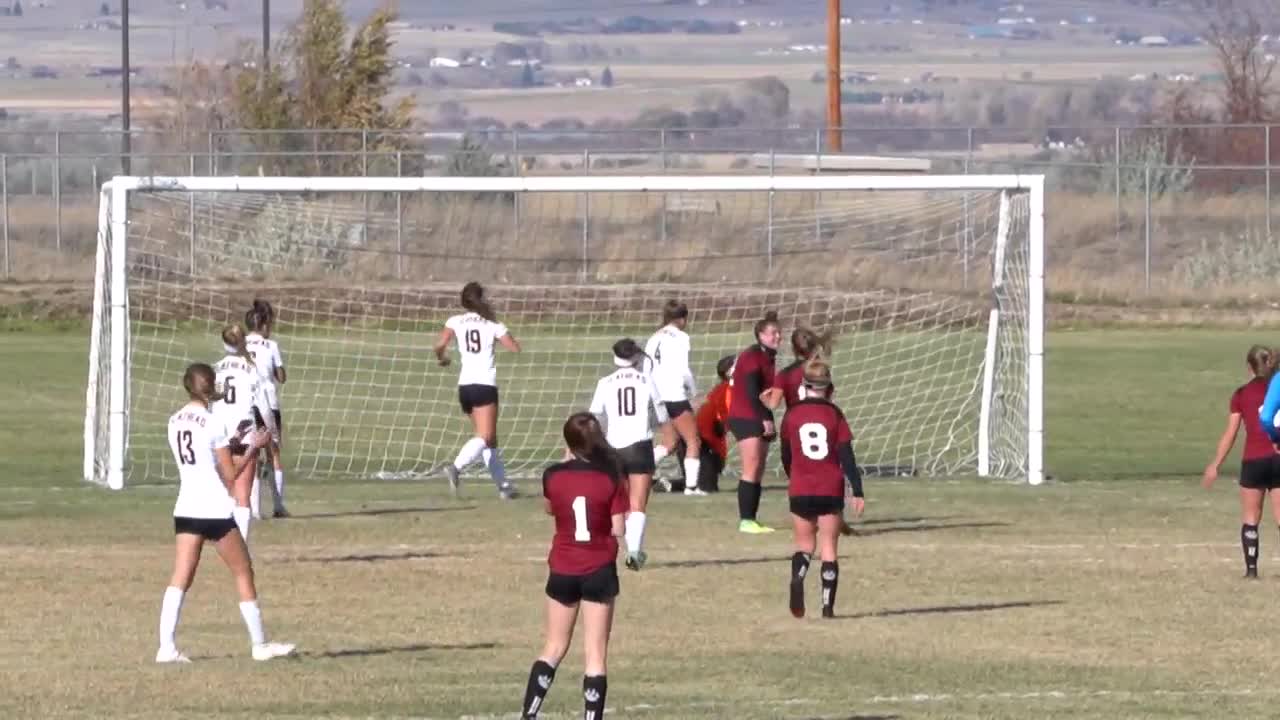 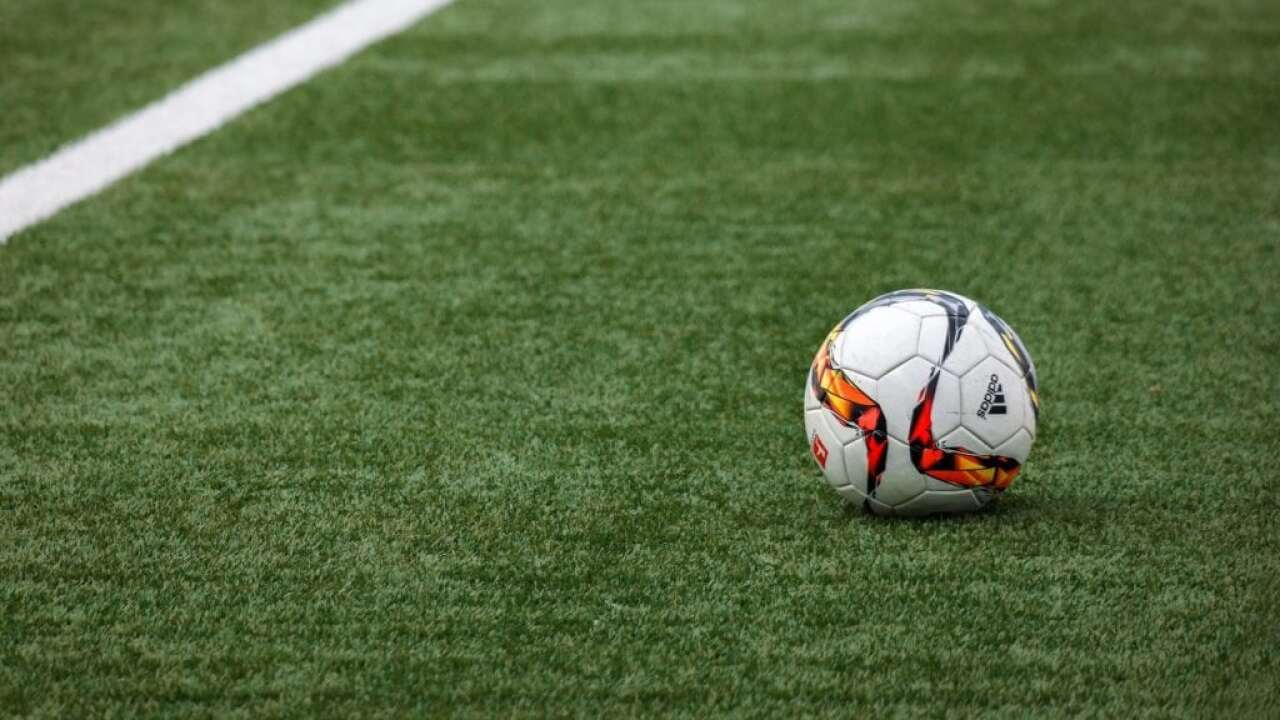 MISSOULA -- Missoula Sentinel got past rival Missoula Big Sky 3-1 in the first round of the Class AA girls soccer state playoffs. The win moves the Spartans to the quarterfinals on Saturday. Missoula Hellgate, Kalispell Glacier and Helena High also advanced in Western AA action on Tuesday, with the top-seeded Wolfpack downing Butte 4-0.

Three crosstown soccer matches highlighted the opening round of Class AA's new postseason format. The classification went away from a state tournament to home-site matches for the top seeds, where Missoula Big Sky welcomed rival Sentinel on Tuesday.

Aisley Allen's free kick from the left side of the box put the Spartans ahead 1-0, but Gianna Migliaccio sent a magnificent pass to Hannah Santamaria across the Sentinel box, where Santamaria's left foot tied the game at 1-all. Kat Colyer scored towards the end of the first half to give the Spartans a 2-1 lead heading into the break.

After taking the lead, the Spartans benefited from an own-goal from the Eagles for the 3-1 win in the second frame. Jayden Salisbury appeared to score the final goal for Sentinel, but it was indeed the Eagles accidentally poking the ball through their own goal.

The Missoula Hellgate and Helena Capital girls closed out the Class AA regular season with a scoreless draw, then met again in the opening round of the Class AA playoffs with a much different result.

Hellgate came out looking like a team hungry for a win, hoping to advance to the next round. The Knights asserted their physicality from the opening whistles, earning a pair of close chances early in the first 10 minutes. Hellgate broke through by stringing four goals through to end the first half, as Lucia Baker, Maggie Gibbons and Sierra Tai-Brownlee each had a hand in the scoring.

The Knights added one more goal in the second half for the 5-0 win.

The Western AA's top seed wasted little time advancing in the opening round of the Class AA state soccer playoffs on Tuesday, as Kalispell Glacier scored early and often in a 4-0 win over Butte. The victory added to an already historic season for the Wolfpack, which won their first conference title in the program's 13-year history.

Glacier finished the regular season with a 9-4-1 record, and now host a quarterfinal game this Saturday, this one year after not even qualifying for the state tournament. Glacier finished 2-9-1 last fall.

Not even a high-wind warning could slow the Helena High girls soccer team on Tuesday afternoon at Siebel Soccer Complex, as the Bengals downed Kalispell Flathead 5-0 in the Class AA state soccer playoffs' opening round.

As leaves and large tumbleweeds fluttered across the field, Elsa Grebenc and her teammates found ways to get the ball in position to score. Grebenc opened the scoring late in the first half by dribbling against the wind and into Flathead's defense, firing a powerful shot off her right foot that landed in the back corner of the goal.

That 1-0 score remained until halftime, but the Bengals started the second hot, as Bailey Root snuck one past the Flathead keeper in the far left corner. Grebenc added another minutes later and the rout was on for the Bengals, who advance to the quarterfinals on Saturday.