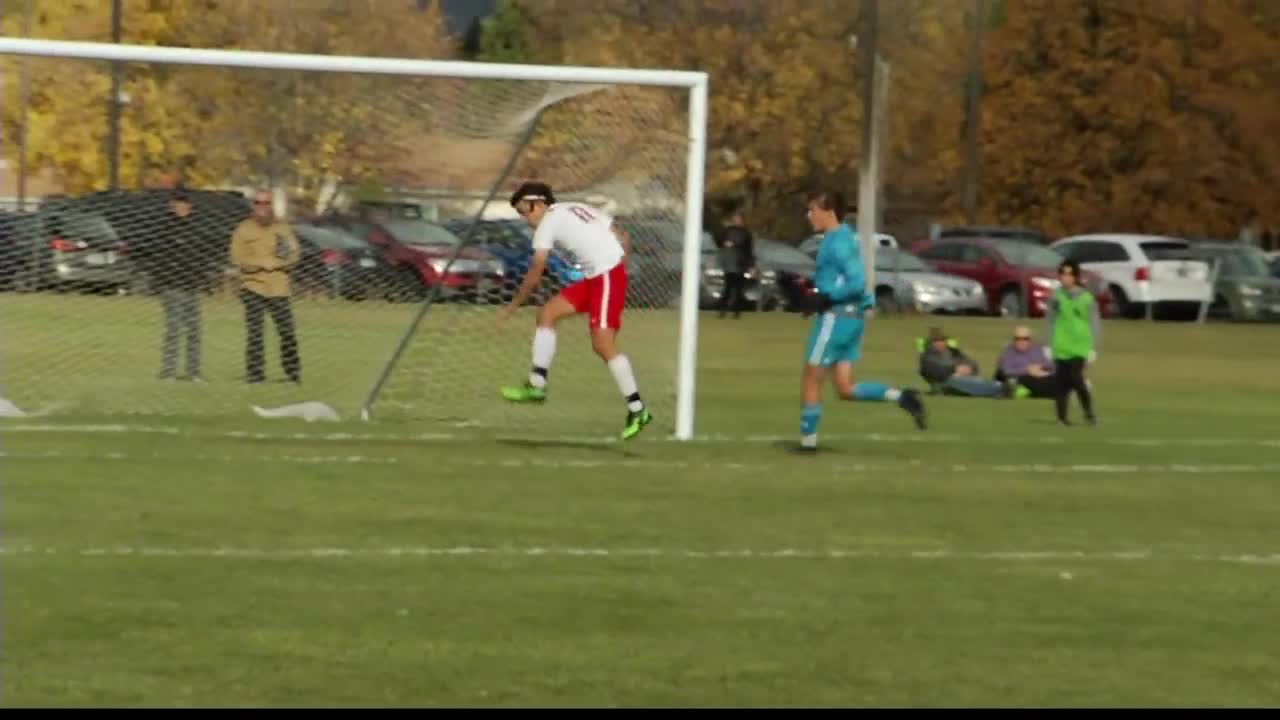 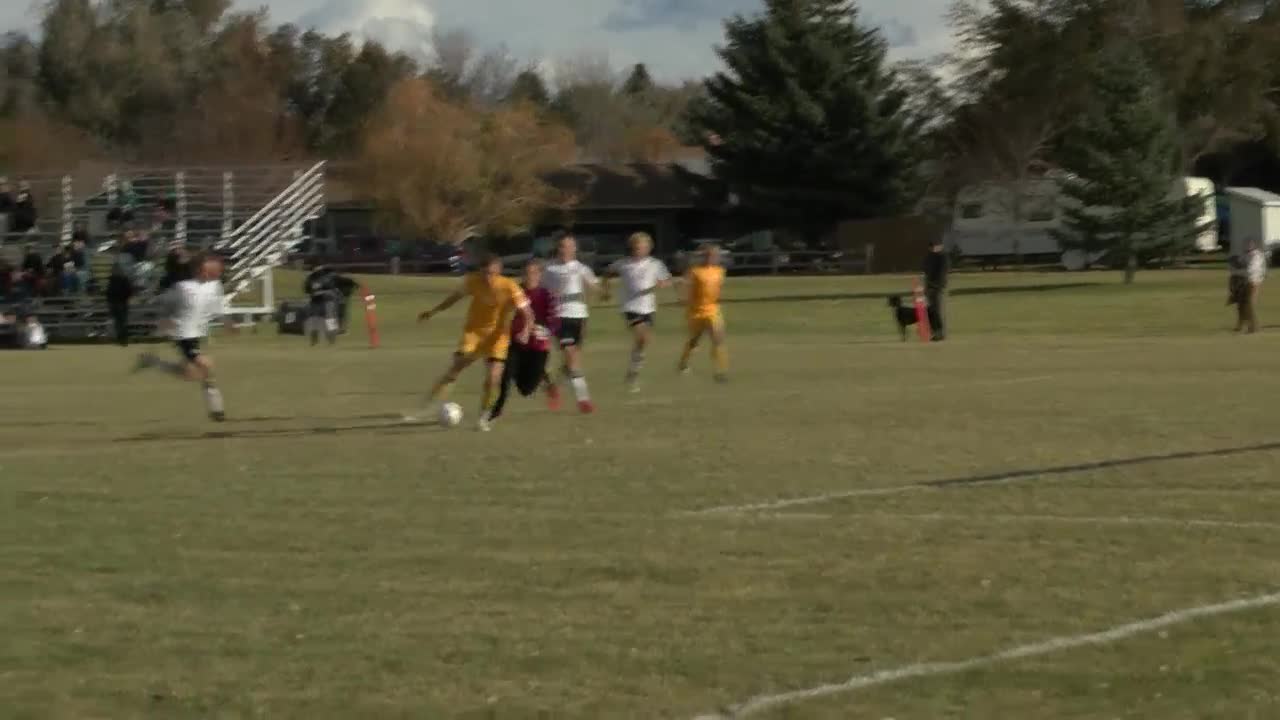 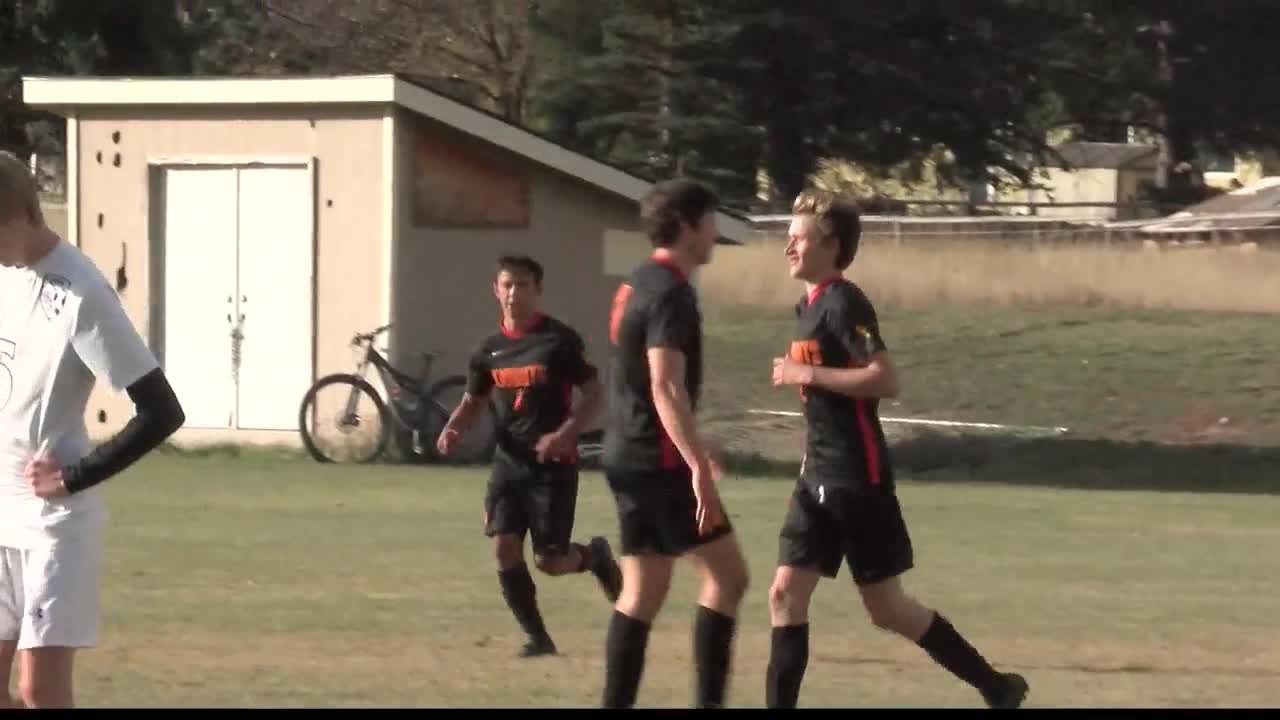 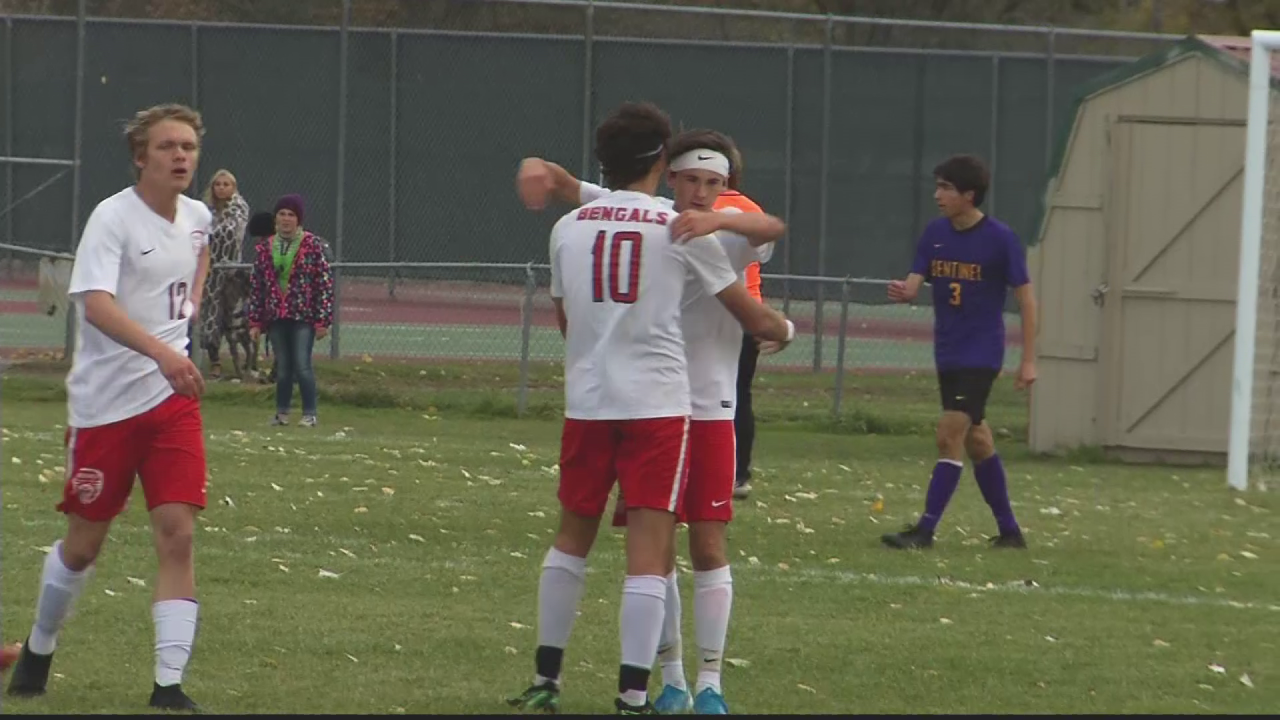 MISSOULA -- The Western AA's No. 6-seeded Helena High Bengals knocked off the No. 3 Missoula Sentinel Spartans 3-2 in the opening round of the Class AA state soccer playoffs on Tuesday. The win pushed the Bengals through to the second round, while Sentinel's season came to a close. The Spartans finished 8-5-2.

Helena Capital also won Tuesday in the opening round, which saw Western AA teams face one another, while Eastern AA teams squared off on the other side of the bracket. Capital downed Missoula Big Sky 9-2.

Butte traveled to Missoula Hellgate and fell to the Knights 8-0, while Kalispell's two programs, Glacier and Flathead, met in a crosstown match beginning at 5:30 p.m. The Wolfpack defeated the Braves 2-1.

The No. 3-seeded Missoula Sentinel Spartans hosted the Helena High Bengals in one of four Class AA playoff soccer games in Missoula on Tuesday, where the underdog came away with a 3-2 victory.

From the start wind was a major factor playing against both teams, blowing the ball left and right, giving it some extra distance and even knocking it down. But Josh Wilcox and Helena High struck first, giving the Bengals a 1-0 lead midway through the first half. But after that goal, Sentinel keeper Seth Thayer made some great saves to keep his team in it. On the Helena side, keeper Dylan Maharg was as close to perfect as can be.

Sentinel had numerous opportunities in the box, scoring one to tie the match with four minutes remaining in the half, but Maharg recorded three big saves in the first half to keep Helena up by one. Caven Wade's goal with two minutes remaining in the half gave Helena a 2-1 advantage at the break. Helena scored first to make it 1-0, then allowed Sentinel to score on a turnover in its own box right in front of goal.

In the second half, both teams scored, with Sentinel tying the match 2-all with around 15 minutes remaining, but Wade added his second goal minutes later and Helena outlasted Sentinel 3-2.

Helena Capital scored seven goals in the first half, then added a pair in the second to defeat Missoula Big Sky 9-2 in the opening round of the State AA boys soccer playoffs. The win guarantees Capital another home game Saturday at Northwest Park.

The Bruins and Eagles battled during a high-wind warning in the Queen City, but Capital wasted little time lighting up the scoreboard. Matt Wigton quickly jetted upfield past the Eagles' defense and scored, then Ryan Quinn scored minutes later for a quick 2-0 advantage. Marston Carpenter's goal put Capital ahead 3-0 less than 10 minutes into the match, as the Bruins improved to 10-4-1 this season.

The Missoula Hellgate boys came out of the gates hot to start the 2019 playoffs. After a loss in the 2018 championship game to Bozeman, this Knights team looked ready for another shot at the title in postseason Game 1. From the whistle Hellgate showed its dominance on both sides of the ball. Consistently Butte struggled to get anything going, while Hellgate had its way.

Two early goals in the first half, followed by two late first half goals gave Hellgate the 4-0 lead into the half. Connor King-Ries scored the finale in the opening half to give the Knights the commanding lead.

In the second, the Knights put the nail in the coffin, winning 8-0.

Kalispell Glacier rallied from a 1-0 halftime deficit to defeat crosstown rival Kalispell Flathead 2-1 in the opening round of the State AA soccer playoffs. With the win, the Wolfpack advance to the state quarterfinals on Saturday.

AJ Apple gave Flathead a 1-0 lead at the half, though Glacier had multiple scoring opportunities. But Micah Heil's header on a free kick tied the game at 1-1, then Braden Nitschelm scored in stoppage time for a thrilling win for the Wolfpack.