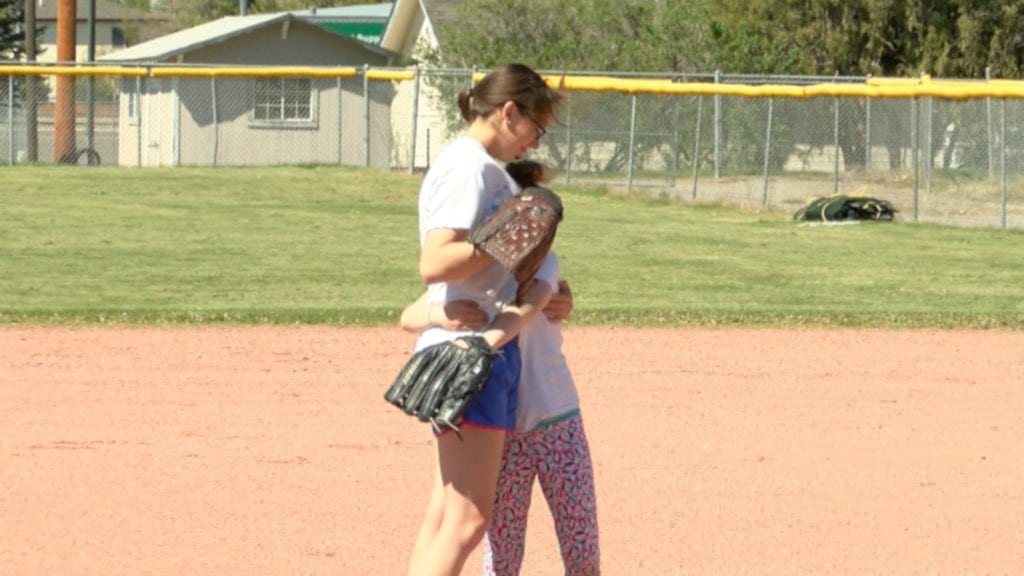 BUTTE — The Butte Central softball team is preparing to chase a Class A softball title in Sidney this weekend, but the Maroons’ main concern isn’t holding up a trophy.

Instead, the girls are holding up their friend and teammate, Kloie Thatcher, after her sister, Alex, was tragically killed in Miles City this past weekend.

“I think all of our hearts are broken for all of the Thatchers,” said third baseman Mollie Peoples. “The best thing we can do is let them know how much we love them and that we’re here for them.”

Alex, 23, was the oldest of seven children, while Kloie is fifth in line. Kelci Thatcher, the head coach and cousin of the two, says family members are leaning on each other during this tough time.

“It’s been a whirlwind last three days,” Thatcher said. “We’re a big family, but we’re very close-knit. We have each others’ backs, we’re very supportive.”

There has been an outpouring of support from the Butte community, as well as from the diamond, as teammates rally around one of their biggest and brightest stars.

“She is so important to this team, not only on the field, but off the field,” Peoples said. “She’s just a really good teammate and she works hard and she’s fun to be around.”

Coach Thatcher calls her little cousin the spark to the team and she will certainly provide that with her presence in Sidney this weekend, as she has decided to honor her big sister by playing the game that she loved.

“Alex loved softball,” Thatcher said. “She played third base, was an all-state player. … She lived for this and she wouldn’t want it any other way.”

Alex was a key contributor on the 2011 Butte High softball team that won the state title. Now, the Maroons are hoping to do the same thing for the Thatchers.

“I think winning state would be so exciting,” said second baseman Taylor Wahl. “We just are going to go there, try the best we can, and do it for the Thatchers and try and get as far as we can get.”

Peoples doubled down on that statement.

“I think it kind of gives us some more motivation,” she said. “We want to go out there and do our best and do what we can for the Thatchers, kind of do it for them.”

Butte Central has had a solid season, but is not guaranteed a deep run in the state tournament. Win or lose, this tight group of ballplayers is going to leave everything they have on the field in Sidney — for Alex, for Kloie, and the entire Thatcher family.