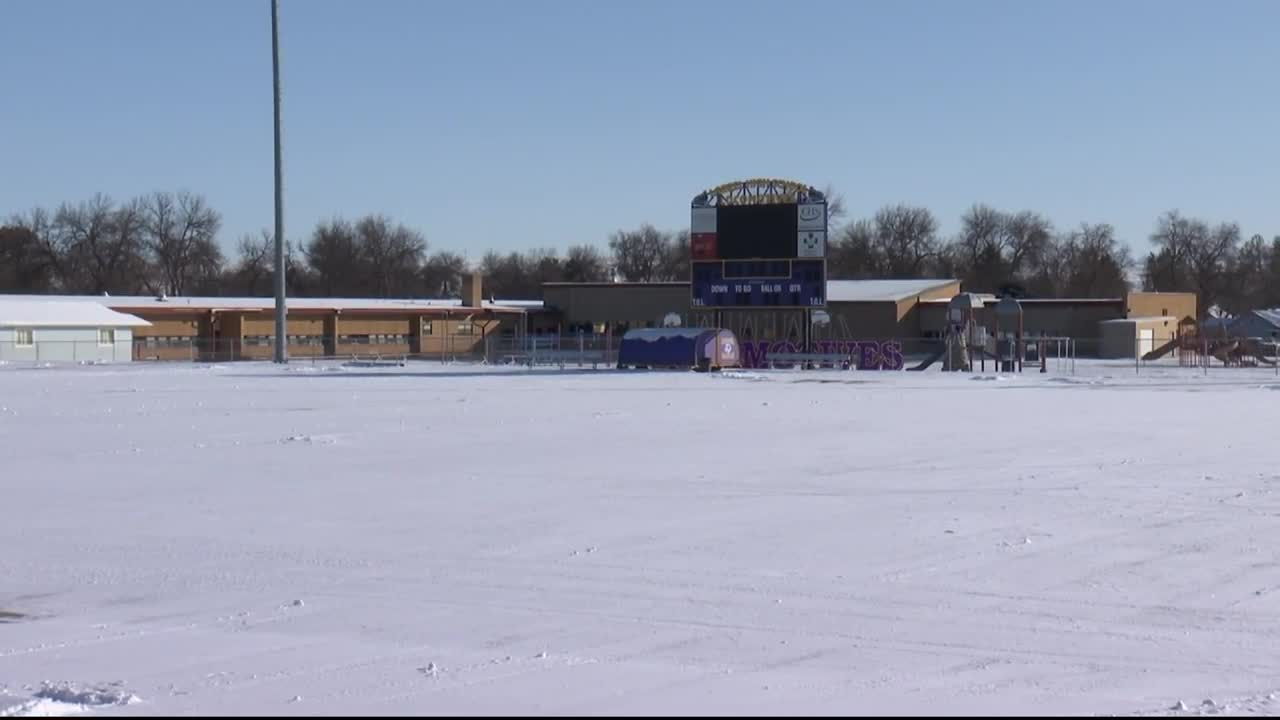 Laurel and Billings Central play for state soccer championships on Saturday but this week's blast of frozen weather isn't making it easy.

Laurel's boys are history makers playing in their first ever Class A title match. They'll get to host Whitefish (14-0-0) and would love to take it a step farther. But the snow-covered field in Laurel calls for a creative week of championship practice. It started inside the gym at Laurel Middle School.

"It's different, but it's good because we need to adapt to things," head coach Leroy Vanderpool told MTN Sports. "It's the same with Whitefish. The first time we went and seen them they handed us a pretty nasty defeat and hopefully it stung well enough that hopefully we're able to adapt. And this is maybe some symbolism of that kind of adapting."

Of course, the gym also offers a notable temperature difference.

"Very hot, very, very hot," said Locomotives' forward Ethan Meccage with a smile. "Breaking a sweat, finally, today. But it's good to get touches on the ball. We're trying to practice however we can."

Laurel's girls are also playing in a title match Saturday, their sixth straight. The bad news, that means finding indoor space for a second team. And with volleyball teams using the high school gym, that leaves hallways and the cafeteria. Not ideal, but not miserable.

"Yeah, we'll try to make it fun," said girls head coach Aloma Jess, now in her 19th season. "We get out the colorful cones and try to make a competitive game out of that, and pretty soon they don't even know they're running. And we'll play a little 2-v-2 in a very cramped space, but they seem to like that a lot."

The Locomotives will face Central's girls in Saturday's winner-take-all. It's the fifth straight year these two have squared off. That match is set for Wendy's Field at Rocky Mountain College which was just plowed late Wednesday afternoon. It's a home game for the Rams who were also stuck inside to open the week.

"It's fun to mix it up, I love futsol," beamed Rams' forward Morgan Ferestad, Montana's all-time leading scorer. "This is actually my favorite type of soccer, so I'm pumped to be in here. The snow is not convenient."

"Being on a court gets us to play faster, move quicker, so it definitely helps," said teammate Zoie Althoff who recently became Montana's career assist leader with 49. That broke the mark of 47 set by Billings West's Danielle Muri between 2007-10, according to the Montana High School Association record book.

The truth is, at this point in the season, championship teams are pretty fine-tuned no matter where they work out. And these two give each other headaches every year. Last year's title match was scoreless at the end of regulation and scoreless after a pair of overtimes. Central would survive at home in a penalty kick shootout that left both sides worn out.

"That was crazy," recalled Ferestad. "I think we were both so even that... we won, and it was awesome to win, but at the same time we felt bad for them because it was such a unique way to win and a terrible way to lose."

Central (13-1-0) is coming off a semifinal win in Whitefish by a touchdown, 7-0. The Rams only loss this season is to Laurel by a 5-3 final, but they answered with a 2-0 shutout win in Laurel.

"Unfortunately with our two matches, weather played a big part," said first-year Rams' head coach Nolan Trafton. "One's a rainy mess and one's a windy day. So, I'm excited to play them on a decent weather day and see what our two teams can do."

On the flip side, the Locomotives (13-2-0) feel like they're playing their best soccer of the year coming off Friday's 3-1 semifinal win at Columbia Falls.

"I think we're finally connecting. We've had some moments throughout the season where we're forcing it a lot," said defender Sierra Branstetter. "But in our last game, it's like, the best we've looked all year. We're really finding each others feet and working together."

This will be Laurel's third straight road match in this year's playoffs, but on a field where they've already won Saturday at 2 p.m.

Laurel's boys will play at the North Pole if they have to. But that's part of the energy of reaching a first-time title match. If ever there was a season to get there, it's now for the Locomotives. More than half the team graduates as 10 of 18 are seniors.

"We've known since a young age we can make it there and this year we've just put all the pieces together," Meccage said. "We're just excited to be here."

"Literally everybody is so excited about this situation. I mean, they're making history. I'm happy for them," Vanderpool said. "We said seven games ago, 'seven to go,' and we hadn't lost since then. Now we're at one to go."