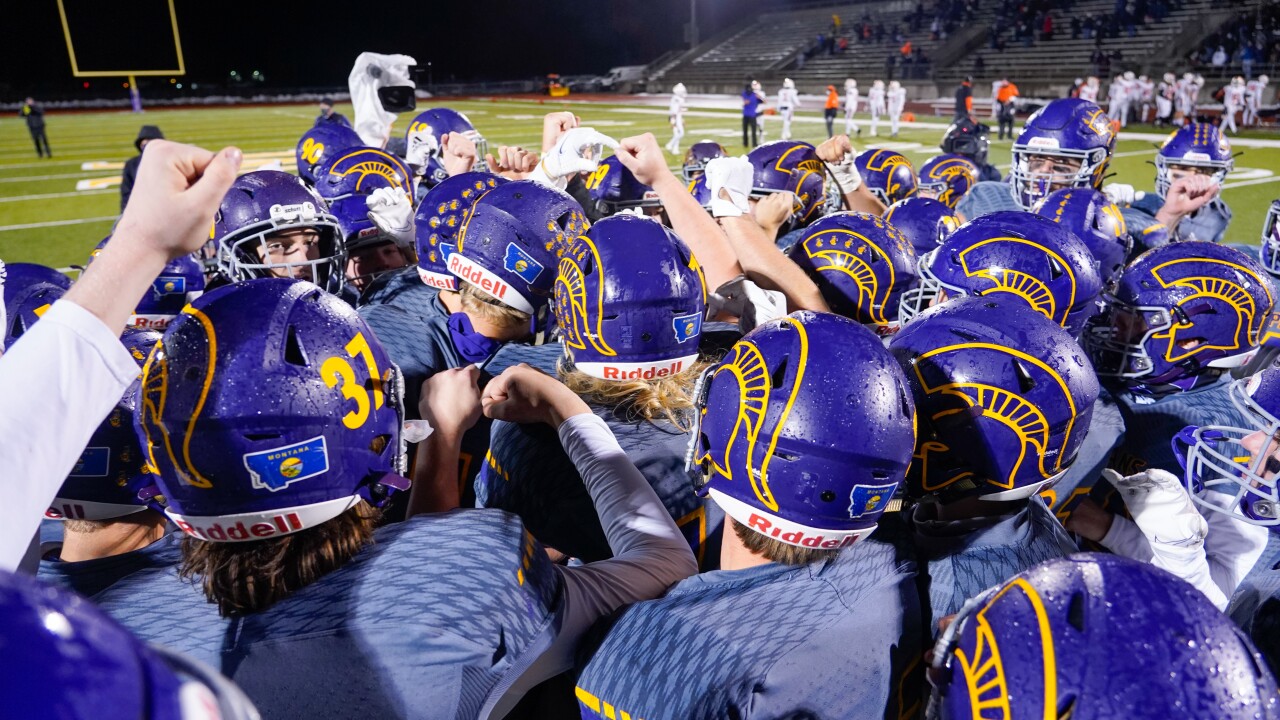 MISSOULA — The Missoula Sentinel Spartans have a chance to become the first Missoula team since 1994 to win the Class AA football state championship game.

There are a number of star players on this roster, and many of those guys are part of the group of seniors that form this team’s heartbeat.

“We just developed a great bond with each other, just being able to play with each other," said senior captain Geno Leonard. "There was also that group that played at those other elementary schools that we were in, that we play with (now).”

Seniors Leonard, Soren Syvrud, Dayton Bay and Donovan South all grew up playing on the same youth football teams, dating back to third grade, while playing against their current teammates TJ Rausch and Dylan Rollins.

“Dayton has always been our quarterback and, believe it or not, when we first started off he was a center," said Syvrud, a running back. "Kind of shed off some of that baby fat and turned into a quarterback. Eighth-grade year he really stepped up for us big. Dylan Rollins, he was not on my, team but he was a force to be reckoned with.”

The six boys have come a long way as they now make up the core of arguably one of the most dominant football teams in recent memory.

“Getting to high school, we didn’t know what to expect because you never play teams from out of the city, so really freshman year when we had that whole group of guys together we were pretty dominant. That has just continued on over the years,” said Syvrud.

This group is proud of all it's accomplished, but the players know what they want come Friday night.

“If you just think of the hard work that’s been put together for four years and all the way back to when we were really young, you are more confident when you play for each other and you have a tight bond. It would be really special to come out on top,” said Syvrud.

The Spartans will travel to Billings on Thursday in preparation for Friday night's state title game against the Billings West Golden Bears. Kickoff is set for 7 p.m. Friday.