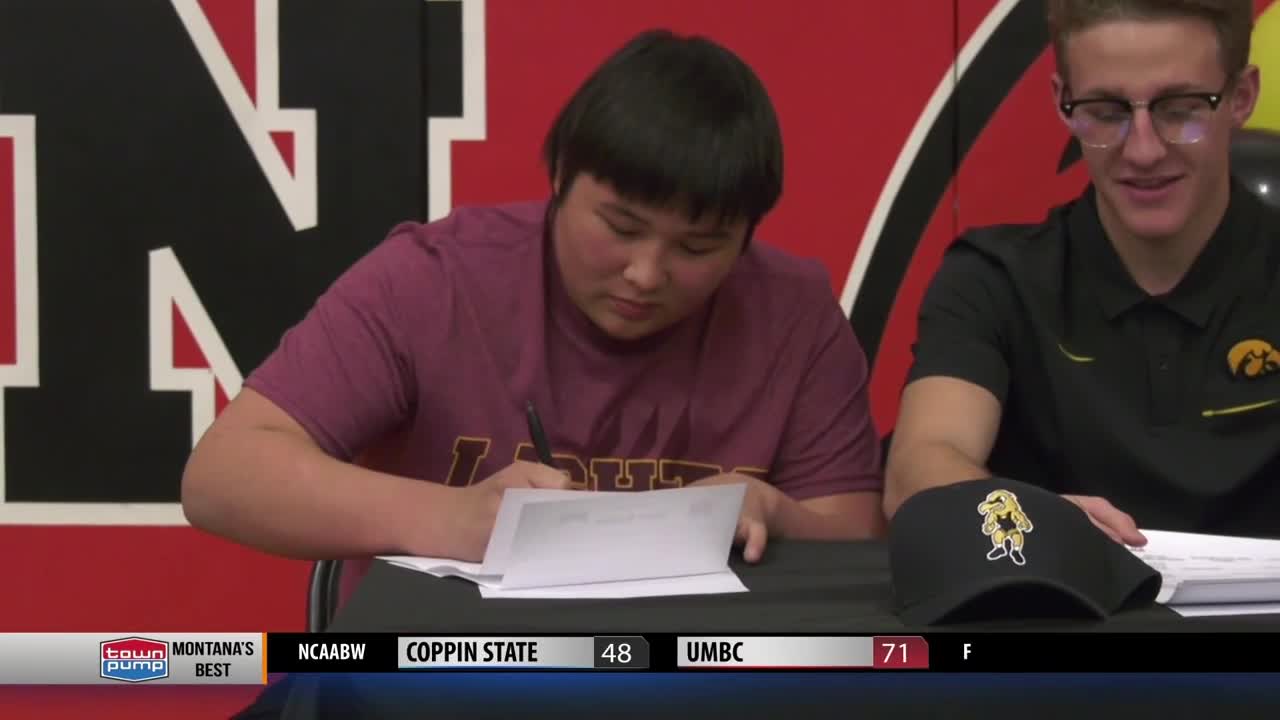 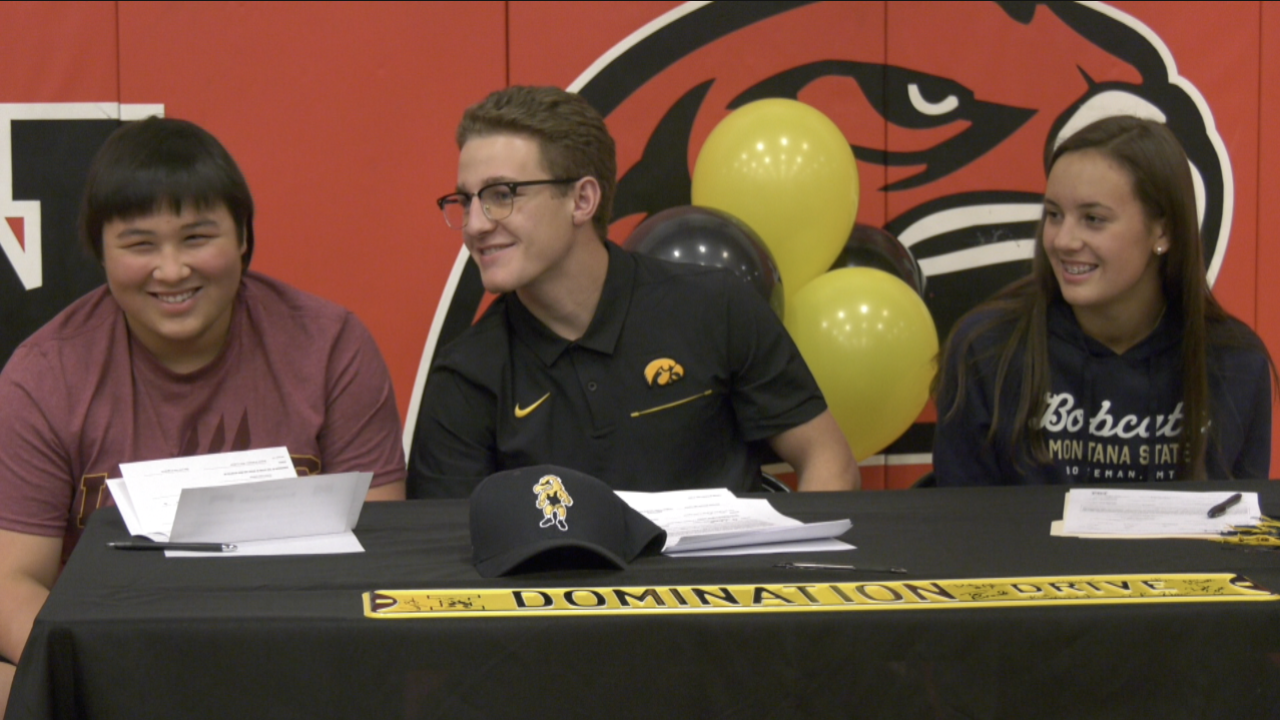 BOZEMAN — Wednesday marked the November signing day for high school athletes across the state of Montana, and a few Bozeman athletes put ink to paper to solidify their next steps out of high school.

For Bozeman High athletes Leif Schroeder, Kaden Westlake and Cora Rosanova, their dreams to continue their athletic careers will carry on after signing their national letters of intent.

Schroeder signed with the University of Iowa to wrestle. The Hawkeyes are one of the most storied wrestling programs in the nation, and he knows his time as a Hawk has prepared him well for this opportunity.

“Our program is pretty tough -- believe in the program, trust the process -- and I think it’s going to be the same way at Iowa," Schroeder said. "It’s going to be a little bit tougher, but I’m excited.”

He’s not the only Bozeman wrestler taking his talents to the next level. Teammate Kaden Westlake will continue on at the soaring Montana State-Northern program. The Lights are the 17th-ranked NAIA team in the nation, and he’s ready to become a part of the growing family.

“From what I’ve heard and watched, they’ve been doing good the past three, four years. And they have some nationally ranked kids," said Westlake.

Senior Cora Rosanova is staying put as she’ll continue her golf career at Montana State. As an added bonus, the future Bobcat will team up with her sister Hannah. But like any good student-athlete, academics come first and MSU was the perfect fit for Rosanova’s next step.

“I was going to go to Montana State anyways because it’s a good business school and that’s what I was going to major in. And adding golf was a great thing," Rosanova said.