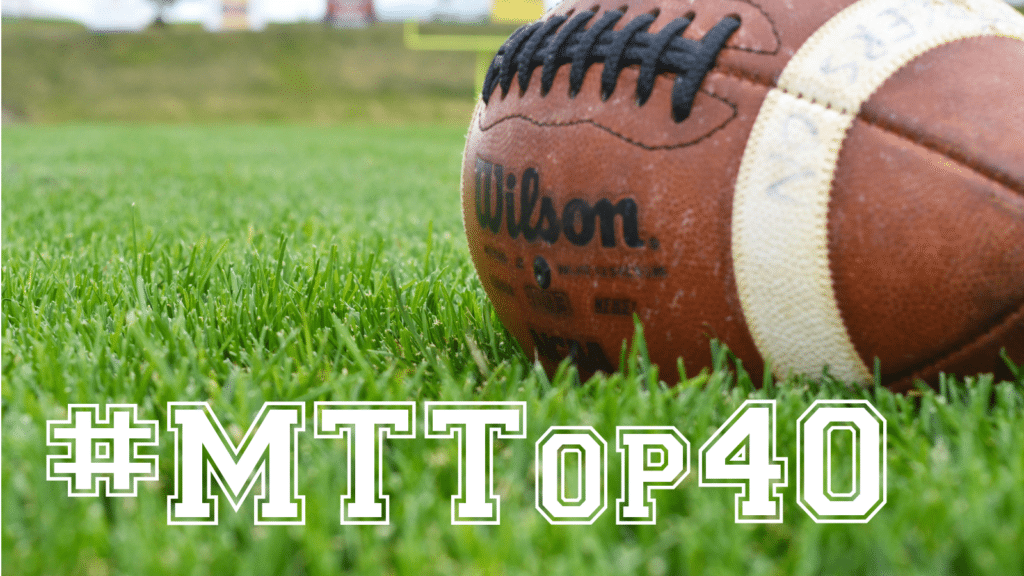 (Editor’s note: MTN Sports began recognizing some of the best football players in Montana history on July 2 with the launch of the #MTTop40. The series started with defensive backs and will run eight weeks, featuring one position each week, concluding with quarterbacks the week of Aug. 20-24 to coincide with Montana’s high school football season opener. We’ve wrapped up the defense, also profiling the defensive linemen and linebackers, and started the offense with the offensive linemen, tight ends and wide receivers. For the complete list, please click here.)

The #MTTop40, MTN Sports profiling some of the best football players in Montana history, has moved through the entire defense and much of the offense, featuring wide receivers this week. Marc Mariani, the No. 2 receiver on the #MTTop40, was even more electrifying on special teams, where he set Pro Bowl records as a kick and punt returner.

Mariani isn’t the only Montanan to find success in the third aspect of the game, though. The Treasure State has produced some outstanding kickers and punters, including big-time scholarship athletes, Ray Guy Award winners and another Pro Bowler.

The #MTTop40 now looks at some of the best kickers and punters ever to come out of Montana.

Carpenter, who was also a standout receiver in high school, twice earned all-state honors at kicker and punter at Helena High. He enrolled at the University of Montana and became the Grizzlies’ starting kicker in 2004, totaling 75 field goals, 182 point-after attempts and 413 total points during his career, which are Big Sky Conference records.

Carpenter signed with the Miami Dolphins as an undrafted free agent in 2008 and spent nine seasons in the NFL. He played in the Pro Bowl after the 2009 season in which he converted 25 of 28 field goal attempts and 37 of 38 point-after attempts. He spent the final four years of his NFL career with the Buffalo Bills. All told, Carpenter made 237 of 282 field goal attempts (84 percent), with a career long of 60 yards, and 291 of 304 point-after attempts (95.7 percent).

Dorsch was a three-sport standout at Bozeman, earning first-team all-state honors in football, basketball and track and field. He was also a USA Today first-team all-American at kicker. According to the Montana High School Association, Dorsch owns the state record for the longest field goal at 63 yards.

Dorsch played at Purdue from 1998-2001, scoring a program-record 355 points. He made 68 of 97 career field goal attempts and 151 of 161 point-after attempts for the Boilermakers, while also handling the punting duties. He averaged 48.5 yards per punt during his career, which is also a program record. Dorsch was a consensus all-American in 2001 when he earned the Ray Guy Award, annually given to the nation’s outstanding punter.

The Cincinnati Bengals selected Dorsch in the fourth round of the 2002 NFL Draft. He played sparingly in the NFL and retired from professional football in 2006.

Neil played multiple positions at Great Falls High, ultimately earning a full scholarship from the University of Montana. He was signed as a punter but moved into the Grizzlies’ starting lineup at tight end in 1996. By the time he was a senior, Neil was a second-team all-conference punter and honorable mention all-American.

Neil signed with the Atlanta Falcons in 2000. He also spent time with the New York Jets before ending his career in 2004.

A 1986 graduate of Libby, Farmer is one of just four players to have scored three touchdowns in the Montana East-West Shrine Game. He was named the most outstanding player of the Shrine Game and then had a standout career at running back for the Montana Grizzlies, totaling 1,719 yards and 28 touchdowns during his career.

While he was an all-conference running back for the Grizzlies, Farmer was also a first-team all-conference punter and still has his name all over the program’s record books. He has the two longest punts in Griz history with a 79 yarder in 1988 and a 78 yarder in 1989. He also had punts of 74, 72 and 68 yards during his career, which including a 41.26 yards per punt average, which ranks fourth in UM history.

Roberts was a stellar athlete in football and track and field, earning all-state honors in each for the Mustangs. During the spring of his senior season in 2002, he placed runner-up in the 110-meter hurdles at the Class B state meet, adding third-place finishes in the long jump and triple jump.

A receiver and kicker for then-coach Scott King, Roberts successfully converted 33 career field goals and 146 extra points. During a two-year span with the Mustangs he made 21 of 24 field goals and 75 of 79 point-after attempts, including 24 consecutive in 2000, while becoming a USA Today second-team all-American. He kicked two or more field goals in 10 career games and owned a career long of 51 yards, helping Malta to the 2000 Class B state championship. He also made three field goals in the 2002 Knights of Columbus Badlands Bowl, a 16-7 Montana victory over North Dakota.

One of the top special teams’ recruits in the nation, he committed to the University of Oklahoma, but never reported for practice with the Sooners.