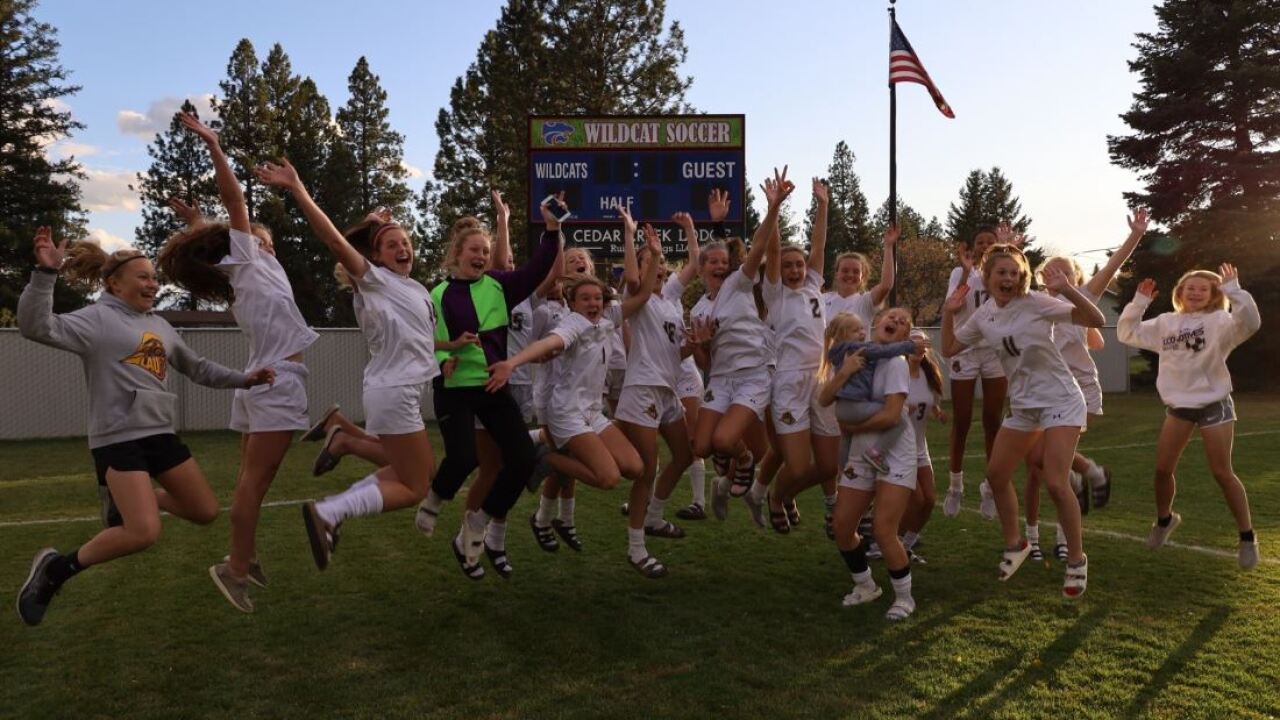 Montana's high school fall sports teams have the green light to open sanctioned workouts two weeks from Friday, on August 14. Golfers actually get to tee off a day earlier.

No matter the date, all statewide sports will adjust to some new coronavirus guidelines. How exactly will our local landscape look different? And how relieved are athletes knowing they at least get to find out?

"We were lifting weights on Monday and I was driving on my way home," Laurel soccer forward Morgan Maack recalled to MTN Sports, "and I got a Twitter thing, 'MHSA announces fall sports must go on' and I clicked it and was like, 'Oh my God.' I texted my mom and was like, 'Mom, we get to do it!'"

The last torment coaches wanted to endure was informing players, especially seniors, that they were done before they had started.

"I'm just glad we'll have a season and glad the girls will get to play," said West volleyball coach Monica Grimsrud.

"Elated," is how Laurel girls soccer coach Aloma Jess put it, "that I could tell them, just now, that we are going to have a season."

That's been the overwhelming sentiment expressed to MTN Sports.

Should a coach, athlete or family member be diagnosed with COVID-19, we'll likely see a next-player-up philosophy, like replacing an injured teammate. Players can expect to be quarantined, as would any student. One at West High is already coming to grips with protocol.

"We have one kid now who's self quarantined and he's waiting on his mother's test," said Bears head football coach Rob Stanton. "That was last week and we just told him to stay home, and he's doing that.

In-game changes may be a little more noticeable for a sport like volleyball where teams are now asked to clean the ball as often as possible, accommodate visitors with their own supply of volleyballs and stay put between games.

"There's going to be some pretty significant adjustments, like not switching sides," said Grimsrud of a new rule keeping teams on the bench they start with instead of traditionally swapping sides between games.

"They've talked about not having the (pre-game) walkouts and stuff, and the captains don't shake hands anymore," Maack said of a couple other possibilities.

"As we proceed and see things pop up, then we can make different decisions," Jess said. "We can make things more stern, or maybe dial back a little bit. But I think we won't actually know until we get out there and start playing."

One hotel room will likely still house up to four players on road trips. And busing? West's football guys head all the way to Kalispell Flathead in Week 2. It's a full-day trip that Stanton admits the Bears typically dread, especially the long haul home. "Masking up" will be enforced, Stanton says, but hard to police.

"(We have) 55 people that literally sleep on each other on a bus on the way up there, and especially on the way back. We either have to look at (taking) two buses or limit the people that can travel," he said.

And teammates may get better acquainted busing now than they have in the past.

"They're encouraging us to have the students sit with the same player the entire season," Jess said.

That could apply to hotel roommates, as well.

Multiple phases are already in place from the Montana High School Association should COVID-19 cases spike across the state.

Tier 4: Play for 'quite a while then get hit with a long interruption... that might mean ending competition at that time and looking at different playoff formats,' said Beckman in his sit-down interview with MTN Sports earlier this week.

Tier 5 could be implemented in a situation similar to last spring but without canceling the entire season.

"Some kind of play (would take place) at some point ... and maybe even (with the possibility of) a postseason schedule," Beckman told MTN Sports.

Athletes across Montana just want a shot. And now they have it.

That's a credit to the MHSA and individual school districts for leaving decisions up to families with a nudge to be cautious. The groups are essentially saying: If you're comfortable playing, coaching, cheer leading, playing in the pep band or attending games, go for it. If you're not, that's OK, too.

One coach summed it up this way: "Common sense prevailed."