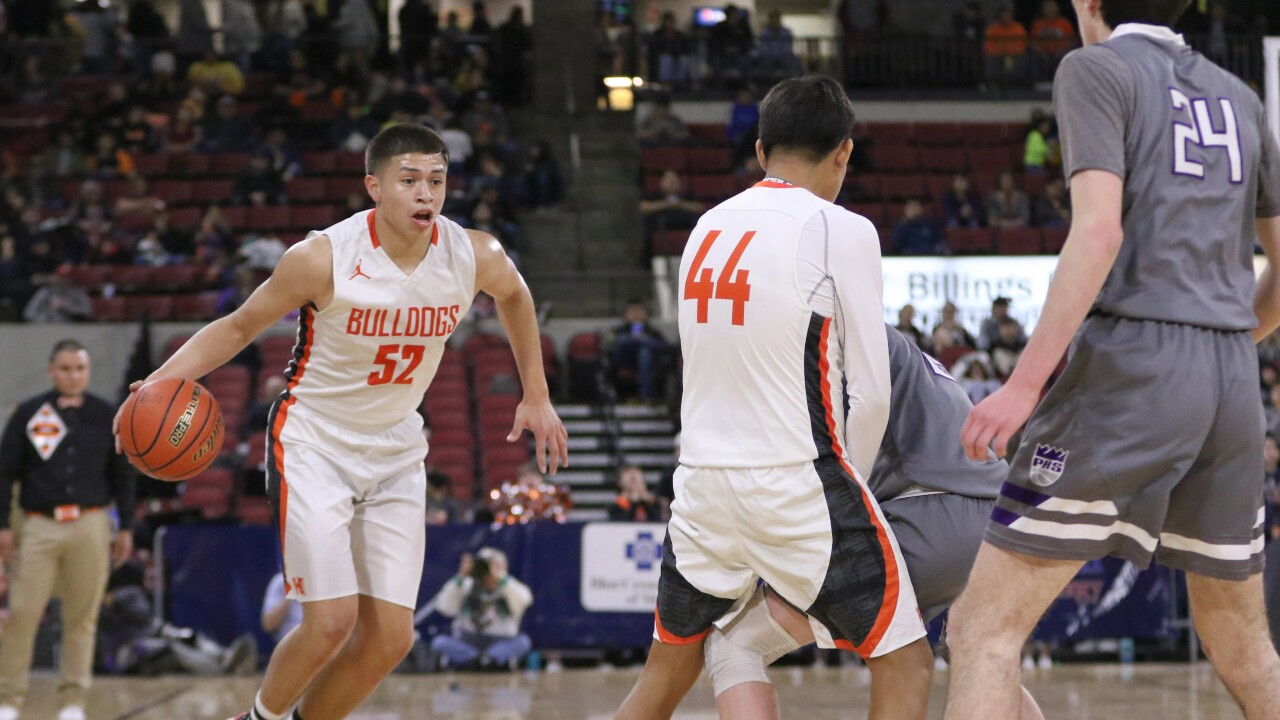 BILLINGS -- The Midland Roundtable has released the Montana rosters for the 2020 Montana-Wyoming all-star basketball series.

This year's games are scheduled for June 12 and 13 at Sheridan, Wyo., and Rocky Mountain College, respectively. The girls will tip off at 5:30 p.m. both nights with the boys to follow at 7:30 p.m. The games are returning to Rocky this year after being played at MSU Billings last year. The Montana teams swept the games last year, with the boys winning 103-100 in Billings and 95-94 in Sheridan and the girls winning 84-66 in Billings and 89-46 in Sheridan.

At his disposal, Keller will have two-time reigning Gatorade player of the year Rollie Worster of Missoula Hellgate. The Class AA co-state champion Knights will also have Abe Johnson and Camdyn LaRance on the all-star roster. Billings Skyview, which was the other State AA co-champion, features Julius Mims on the team. Cade Tyson of Billings West and Carter Ash of Bozeman round out the Class AA boys representatives.

Class A features three boys on the team: Famous Lefthand and Cayden Redfield, who helped Hardin to the co-state championship, and Brendon Johnson of Livingston. Keeley Bake of Fairfield is the final member of the boys teams. Bake's Eagles shared the Class B state championship.

Rocky Mountain College women's basketball coach Wes Keller will again lead the Montana girls, who have a 33-13 all-time series advantage and have won seven consecutive games. Billings West twins Maddie and Willa Albrecht highlight the girls roster after helping the Golden Bears to the Class AA co-state championship. Lexi Deden of Missoula Sentinel is the only other Class AA girl on the roster.

Billings Central and Hardin shared the Class A girls state championship, and both teams are represented on the Montana roster. Olivia Moten-Schell played at Central, while Marie Five played at Hardin. Kyndall Keller of Havre, the Gatorade player of the year, is also representing Class A on the roster.

Class B features L'Tia Lawrence of Harlem and Mya Fourstar of Wolf Point, while Dyauni Boyce of Roy-Winifred and Kortney Nelson of Scobey represent Class C.

The Wyoming rosters will be announced at a later date.