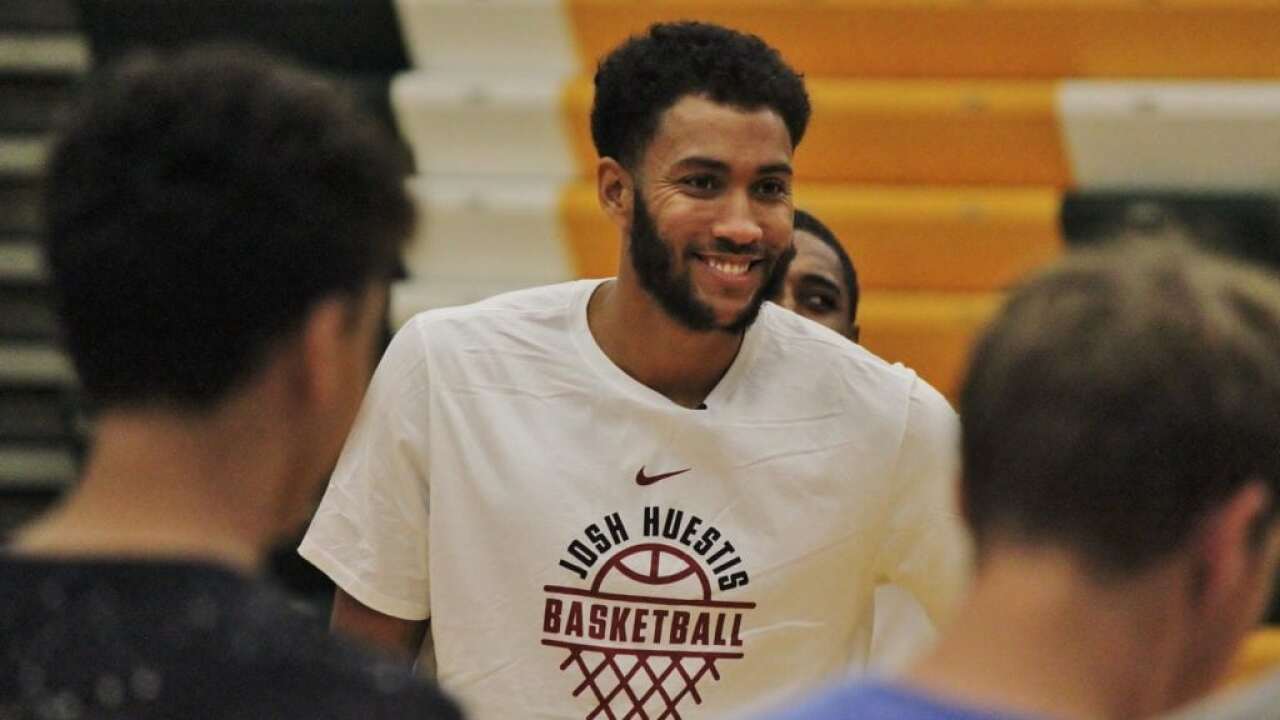 Jeff Ellis of Billings Skyview, Tyler Emmert of Helena Capital, Josh Huestis of Great Falls CMR, Jeff Larson of Cut Bank, Marj (Connors) Markle of Glasgow, Duane Olson of Big Sandy and Gary Peck of Libby are the 2020 inductees. The MHSA Athletes’ Hall of Fame consists of two nomination categories: “Modern Era” and “Old Timer." The Old Timer category is for nominees who have graduated at least 50 years prior to the induction year. Olson and Peck are the Old Timer nominations in this class.

Ellis, who graduated from Skyview in 1991, is one of the best football players in Montana history. He was a three-year starter for coach Ron Lebsock at middle linebacker, fullback, tight end, punter and kicker. Ellis was a first-team all-state selection his junior and senior seasons and was named the Class AA defensive player of the year as a senior. His No. 47 is the only retired jersey at Skyview. Ellis was also a standout wrestler and track and field athlete, winning state wrestling championships at 189 pounds his junior and senior seasons. He was a state champion in the javelin, setting the Skyview school record with a throw of 210 feet. Ellis continued his football and wrestling career at Brigham Young University. He played on the 1996 BYU football team that went 14-1, ranked No. 5 in the nation and played in the Cotton Bowl.

Emmert was simply a winner at Capital and later at Carroll College. A 2001 Capital graduate, Emmert went 24-0 as the Bruins' starting quarterback, winning two state championships, and was the Class AA offensive MVP in 2000. At Carroll, Emmert won four NAIA national championships, accumulating 12,770 yards and 110 touchdowns through the air and 1,209 yards and 23 touchdowns on the ground. He became the first quarterback in college football history, at any level, to finish his career completing more than 70 percent of his passes. Emmert, who was twice named the NAIA national player of the year, holds the NAIA career record for total offense with 13,979 yards.

Huestis graduated from CMR in 2010 and is one of the most decorated basketball players in Montana history. He helped lead the Rustlers to back-to-back Class AA state championships in 2009 and 2010 and was named Montana's Gatorade player of the year both seasons. Huestis continued his career at Stanford University, where he was selected to the Pac-12 Conference defensive team in 2012, 2013 and 2014. He left the Cardinal as the school's career leader in blocked shots and scoring more than 1,000 career points. Huestis was selected by the Oklahoma City Thunder in the 2014 NBA Draft. After four years in the NBA, Huestis is now playing professionally for FC Bayern Munich in Munich, Germany.

Larson was a multi-sport standout at Cut Bank until his graduation in 2006. He was an all-state performer in football, basketball and tennis, winning 11 state championships during his career -- three in basketball, one in football, four in team tennis and three doubles titles. Larson was named the MVP of the Class B state basketball tournament his junior and senior seasons and twice earned first-team all-state recognition in both basketball and football. He was a first-team all-state selection in tennis all four years of his high school career. Larson played football at the University of Montana, where he was named the Grizzlies' special teams player of the year in 2010.

Markle excelled in both basketball and track at Glasgow, helping the Scotties advance to the Class B state basketball tournament all four years of her high school career. Glasgow won the school's only girls basketball state championship in 1981. Markle, who graduated in 1982, was a three-time first-team all-state selection and was named a Carnation All-American her senior year. On the track, she was a four-time all-state performer, claiming individual state championships in the javelin, the 100-meter dash and the 800-meter run. As a junior, she set the new Class A state record in the javelin and still holds several school records at Glasgow. Markle played basketball at the College of Great Falls before the program was dropped, leading her to transfer to Boise State, where she had a standout career.

Olson was a fine wrestler and football player at Big Sandy from 1964-67, earning all-conference recognition his junior and senior football seasons. But he excelled on the wrestling mats, winning three state championships at 145 pounds -- defeating wrestlers from Billings, Missoula and Great Falls as there were no school classifications for individual matches at the time -- and going undefeated his sophomore, junior and senior seasons. Olson wrestled at Iowa State University for two years, placing fourth at the Big 8 Conference tournament and second at the Great Plains tournament in Nebraska. He was a member of the Hawkeyes' 1969 NCAA national championship team. Olson lost his life on Feb. 22, 1976 during a house fire in Syracuse, Kansas, where he was working at the time.

Peck was an accomplished multi-sport athlete at Libby until his graduation in 1961. He won seven MVP awards in three different sports, was one of the most prolific scorers in Montana basketball history and helped lead Libby to an undefeated state championship football season. Peck began his college career at the University of Minnesota but returned to the University of Montana in 1963. With the Grizzlies, Peck was an all-conference player on both the basketball and baseball teams and won a Big Sky team championship in golf. He was also the team captain and MVP of the highest-scoring basketball team in UM history.