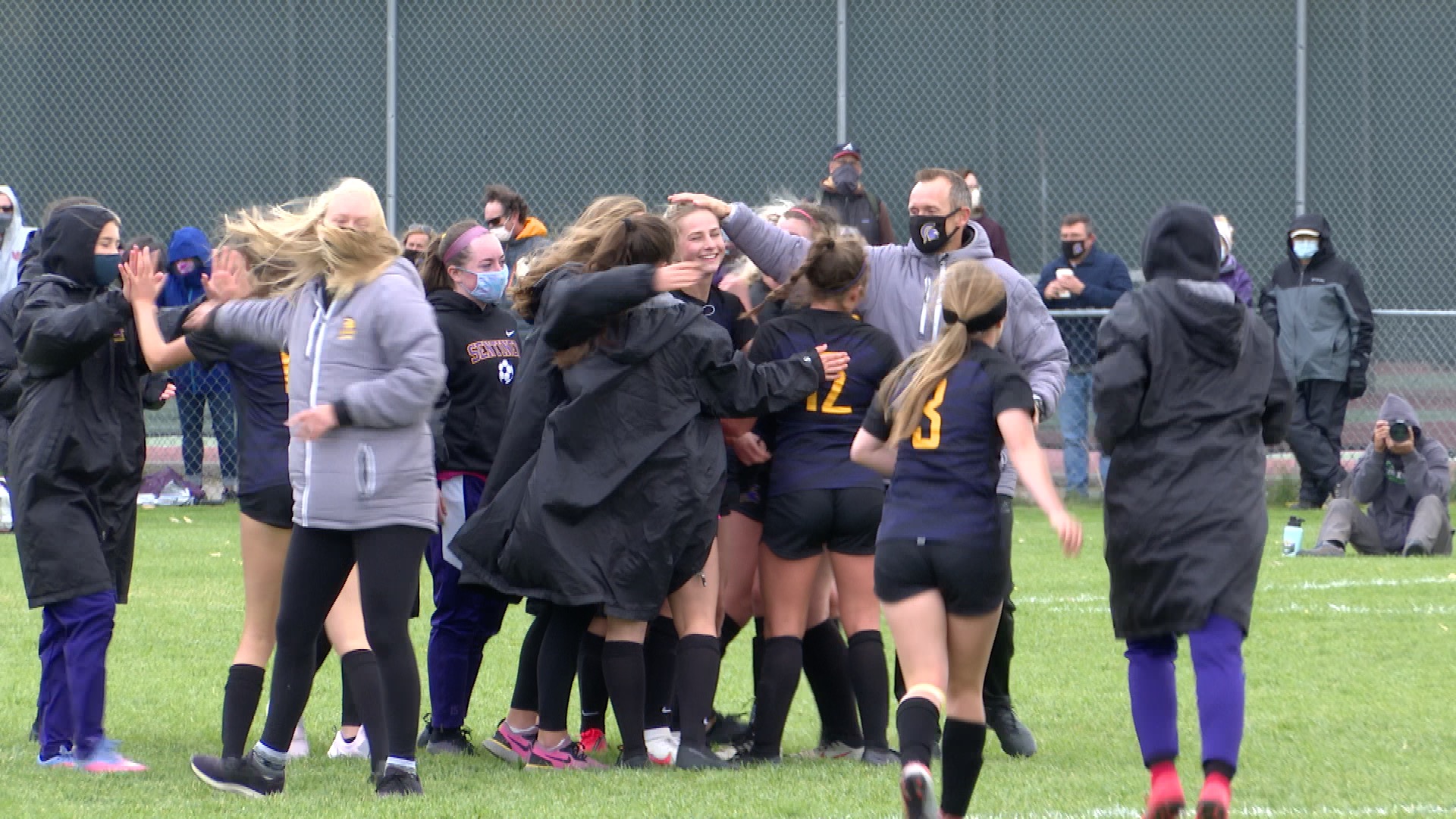 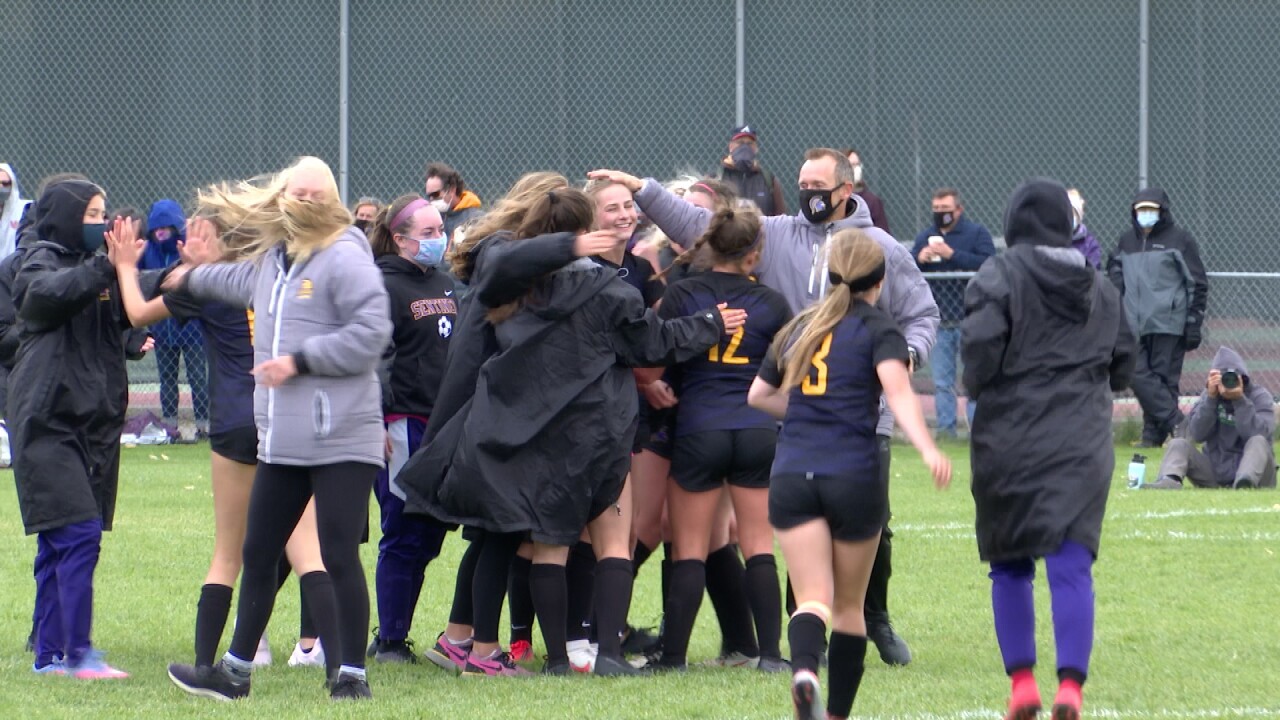 MISSOULA — On Wednesday afternoon both the Missoula Sentinel girls and boys soccer teams picked up first-round wins in the State AA soccer playoffs.

In the girls game, it was a grind from start to finish.

In the first half, the momentum seemed to favor the sixth-seeded Missoula Big Sky Eagles, who had a number of opportunities that were denied by Sentinel goalie Kassidy Kirgan.

In the second half, the Spartans balanced out the attacking and found some opportunities of their own but none they could capitalize on.

At the end of regulation, it remained a 0-0 tie game. In the first period of extra time, it was more of the same, with both teams getting chances but unable to finish.

That was until the second overtime when Sentinel's Audrey McElmurry found the back of the net to take a 1-0 lead.

Sentinel held on to take a 1-0 win and move on to the quarterfinal round.

"I think we knew since Big Sky is our rivals that we were going to need to come out hard (Wednesday) and especially play together," said McElmurry. "I think we were able to work as a team and just keep working hard until the end and we were able to get one."

"Definitely on a knife set the entire game," said Sentinel head coach Dan Lochridge. "It was anybody’s game to win, luckily Audrey came through with the big game-winner in double overtime, can’t ask for anything more exciting than that."

In the boys game, it was a lot different.

The No. 3 seed Missoula Sentinel Spartans came out firing against the No. 6 seed Butte Bulldogs.

In the eighth minute, Sentinel found the back of the net with a nice cross to Tait Kuchenbrod for the 1-0 lead.

Then the goals started pouring in for Sentinel as it scored in the 11th, 20th, 21st and 24th minutes to take a 5-0 lead into the half.

In the second half, the Spartans found the net one more time to make it 6-0 and held on for the first-round victory.

“We did what we wanted to do (Wednesday), the whole trick was not looking past our opponent, respecting them," said Sentinel head coach Gary Stein. "Not getting any yellow or red cards, not getting any injuries, and preparing ourselves for a quarterfinal match. We didn’t want to look past anybody, all those classic clichés, but at the same time we knew who we were, we knew who Butte was. We want to respect them, we want to respect the game, so yeah, the performance was about what we expected. A little flat but that was to be expected.”