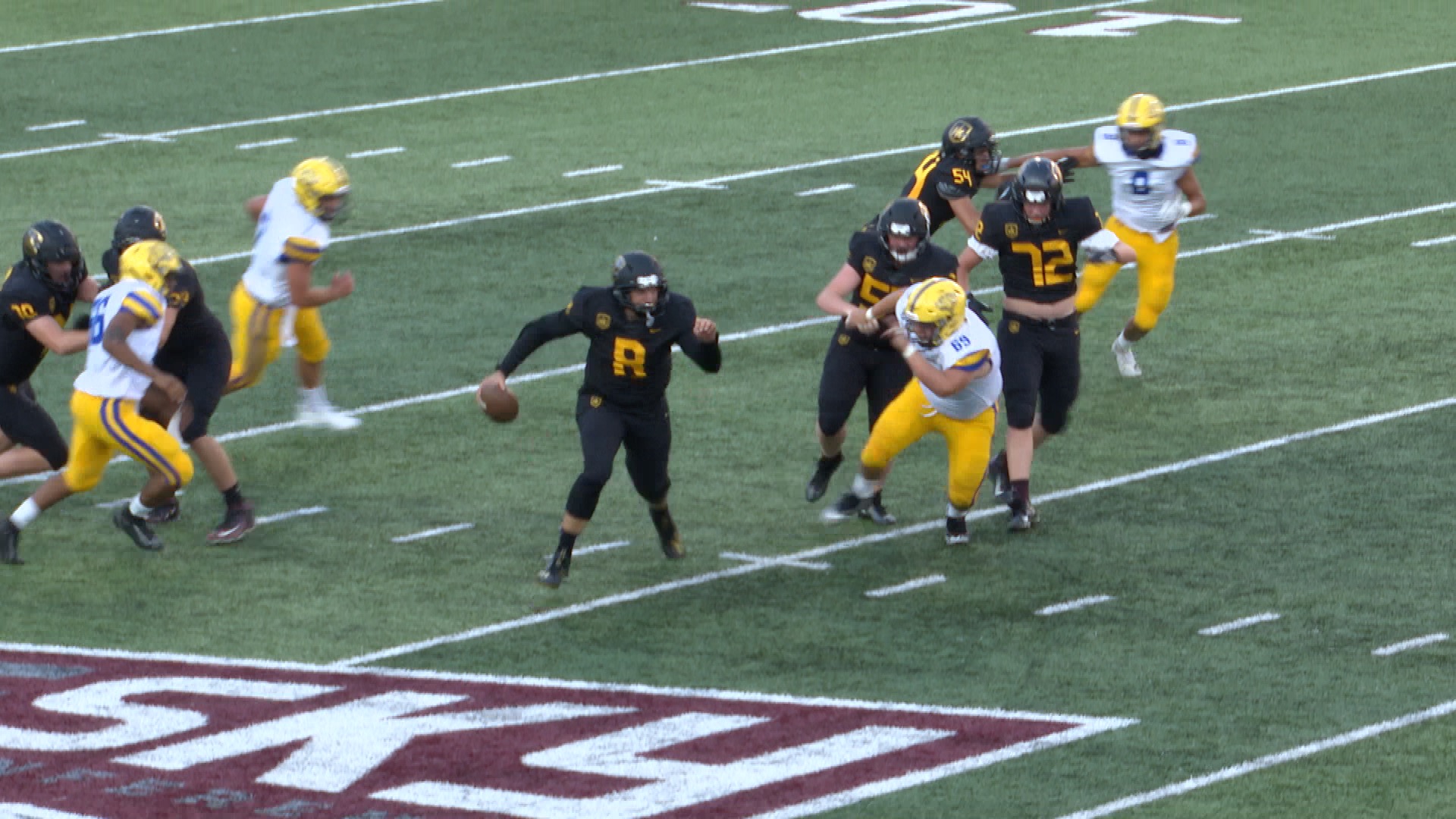 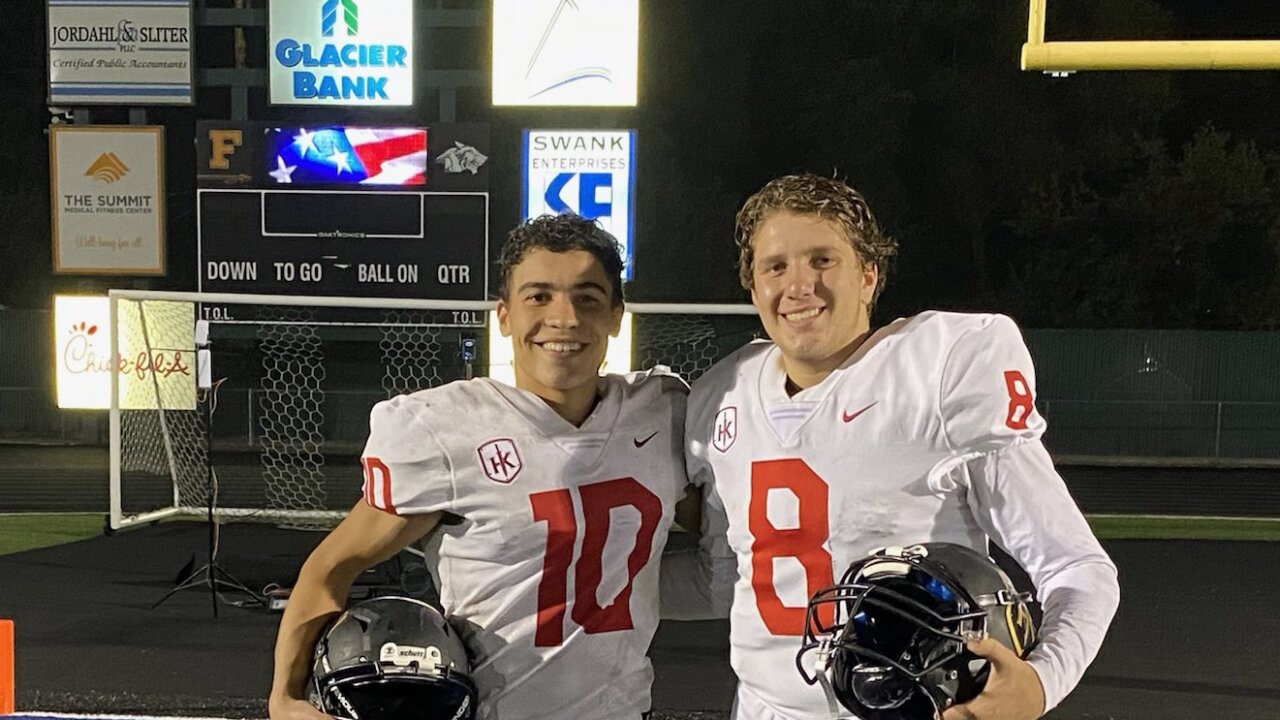 MISSOULA — The Missoula Hellgate Knights football team has a new look in 2020.

The centerpiece of nearly every game for the Knights over the past three seasons was suddenly gone when quarterback and defensive back Rollie Worster left for college.

But the Knights aren’t hurting at quarterback or defensive back this year with Dante Maiuri and Lucas James, two transfers from Washington.

Maiuri has been the man under center for the Knights, and they’ve been letting him loose this season.

“To add him in, a kid that has a ton of experience throwing the football, he has been an all-state player in Washington, so for him to be able to come in here and really mesh with our kids as well as he has, has been great for us," said Hellgate head coach Mick Morris.

Last week he had his best performance so far against a solid Kalispell Glacier team, throwing for 482 yards and five touchdowns.

“It’s definitely a good fit coming in," said Maiuri. "Coach Morris does an awesome job with play-calling, our (offensive) line does a great job, and the receivers do. They make it pretty easy for me, so it’s been a great few weeks.”

James has been one of those weapons for Maiuri as a wide receiver, but he has also been a lockdown defensive back.

“The transfer here was real easy, real smooth," said James. "This team welcomed me perfectly. It feels more like home than my old school, it’s like a family almost.”

But it really hasn’t been easy, at least on the field for James.

The senior severely injured his neck in Week 1 and then broke his hand in Week 3, but James hasn’t missed a beat.

“He is tenacious, he really is," said Morris. "He competes and he flies around and he plays a heck of a lot bigger than he is. He’s a really good wide receiver and so for him to be out there playing with the club, he has done a good job of overcoming some adversity and still doing a good job for us on the defensive end.”

The Knights only have one win in 2020, but they’re building each week toward a potential playoff spot.

The Knights (1-3) take on one of the best teams in the state on Friday night in the Missoula Sentinel Spartans (4-0).

Kickoff is at 7 p.m. from Missoula County Public Stadium.