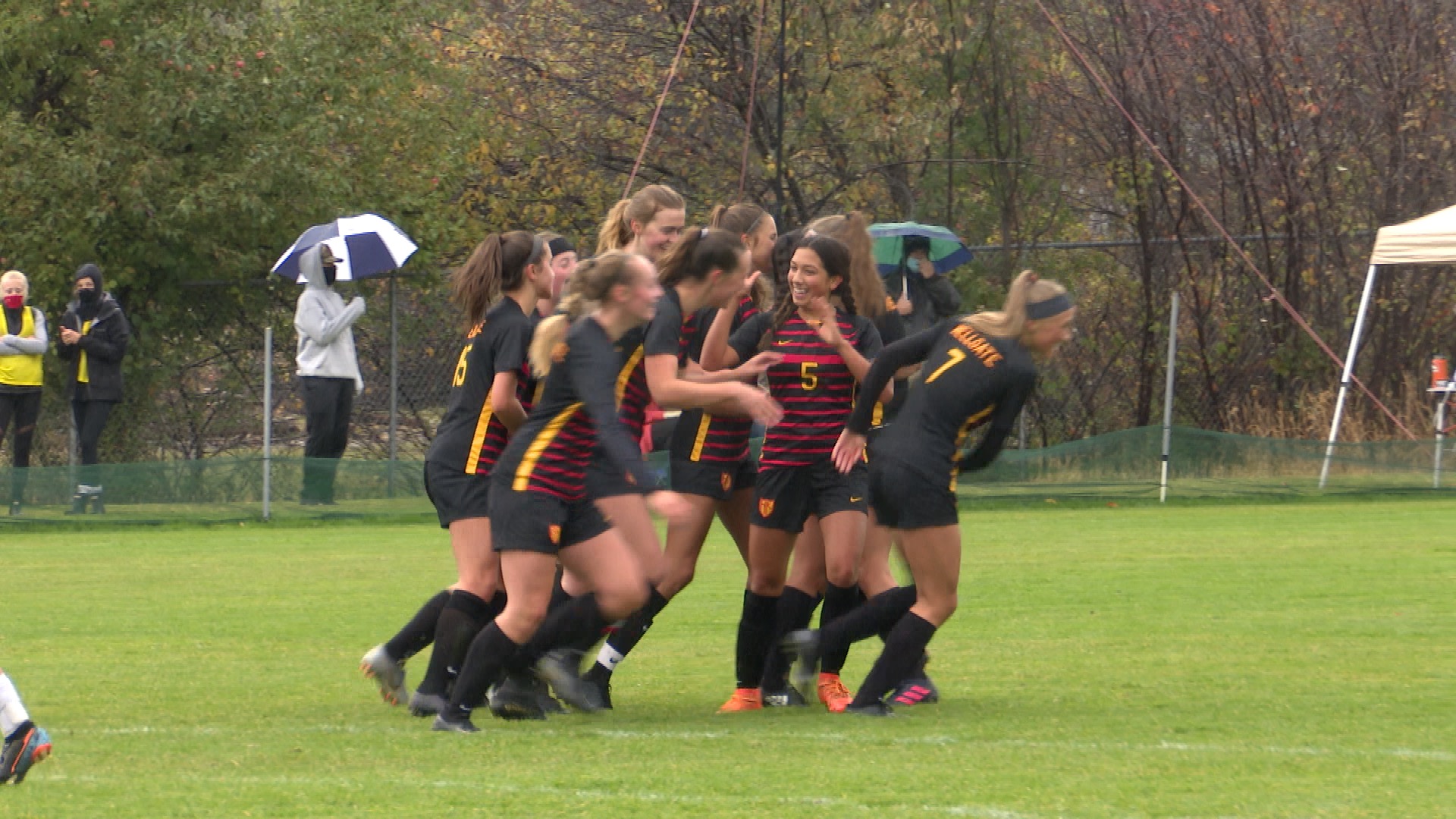 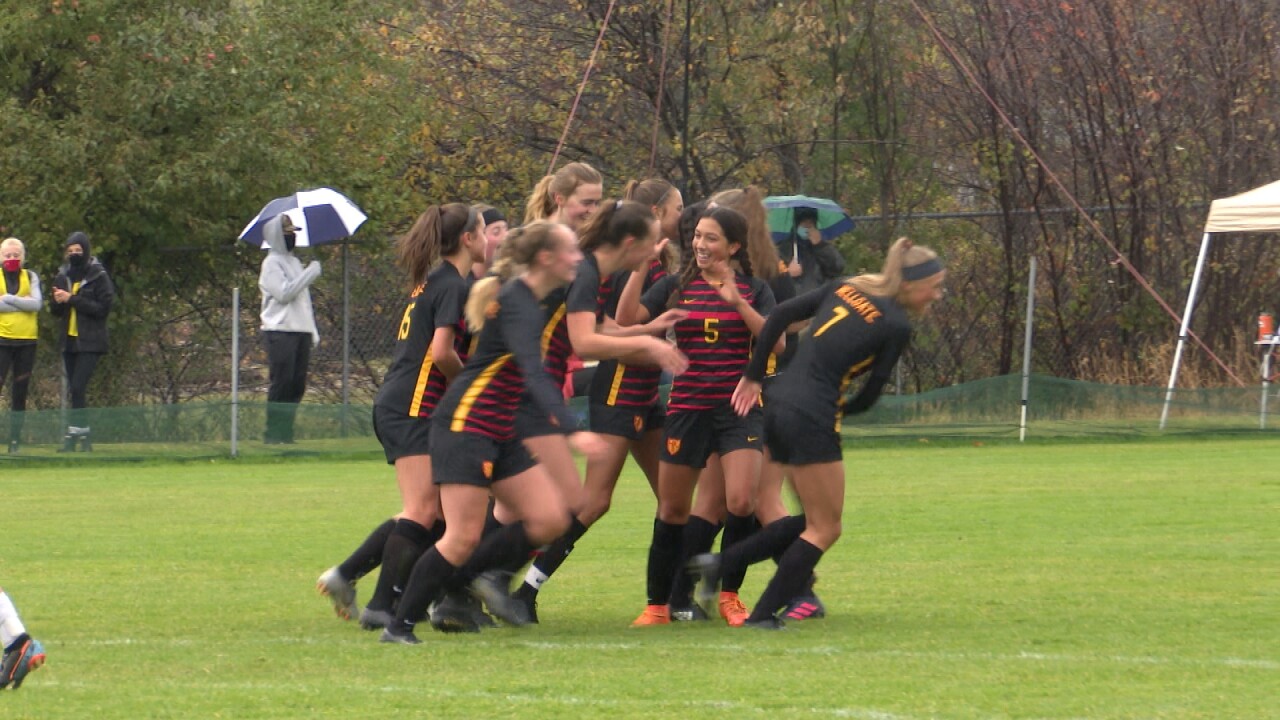 MISSOULA — In the first round of the State AA soccer playoffs, both Missoula Hellgate teams dominated the pitch to move on to the quarterfinal round.

On the girls side, it was junior Ashley Young who led the Knights to a 5-1 victory over Kalispell Flathead with two goals of her own.

Young scored the first goal within the first 15 minutes of the game, and Clara Tallent also added a crafty goal on a free-kick just outside the box to make it 2-0.

Pretty awesome goal from @HellgateHigh Clara Tallent in the first round of the Class AA soccer playoffs today. #mtscores pic.twitter.com/eiqx4gW0kj

In the first half, the Knights scored another goal when a nice pass from Georgia Walker-Keleher found the foot of Grace Gibson-Snyder to make it 3-0.

The Knights rolled from there, allowing Flathead to score just one second-half goal.

"I think we feel really confident right now, but ... of course that could all change in the next couple of days," said Young. "I think that win was a really important win for us, especially seeing that we just lost to them a couple of days ago. Now all of our players are feeling healthy, so I feel like we are feeling pretty confident we got this."

"How exciting was that, right, to score five goals?" said Hellgate head coach Natalie Hiller-Claridge. "Really, it was just about the girls taking everything that we have been working on over the year and putting it together from the back to the front. Just so happy with how they showed up (Tuesday)."

On the boys side, it was a similar result, with the Knights dominating from start to finish in a 10-0 win over Missoula Big Sky.

Senior Reggie Duce threatened with a nice chance off a header that hit the crossbar and rattled out. However, Duce cleaned it up a few moments later with the first goal of the game.

The Knights followed with two more goals from Felix Hahn on a 23-yard strike and Lars Thorne-Thomsen to make it 3-0.

In the end, the Knights rolled to a 10-0 victory that ended early due to the submission rule.

"I love my midfield play," said Hellgate coach Jay Anderson. "I have a bunch of different guys that can step up at any given moment, so if someone is having an off day I have another guy in the wing that can step up. Overall I like the leaders on this team, whether they are captains or seniors, lots of leadership on the team."