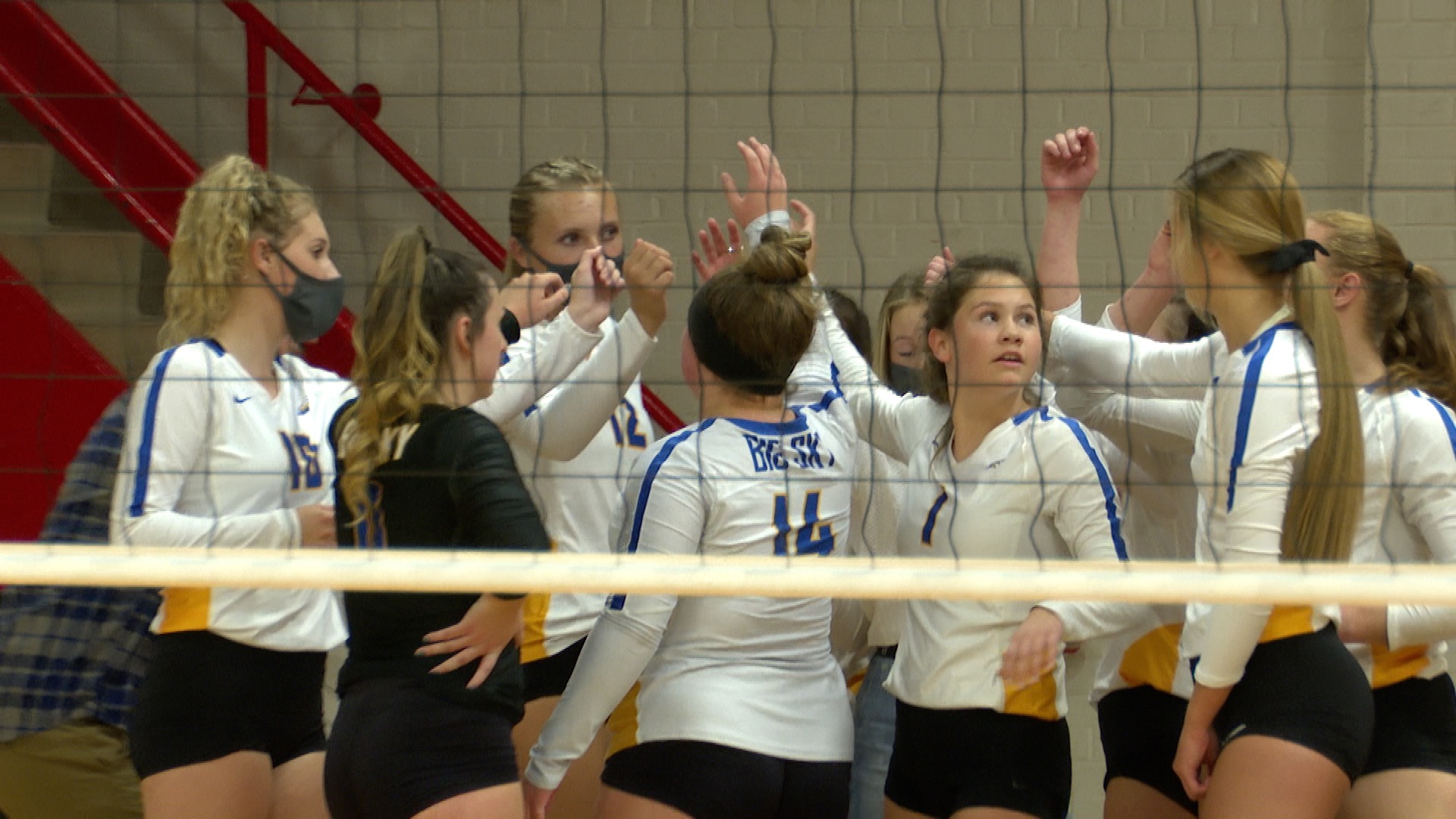 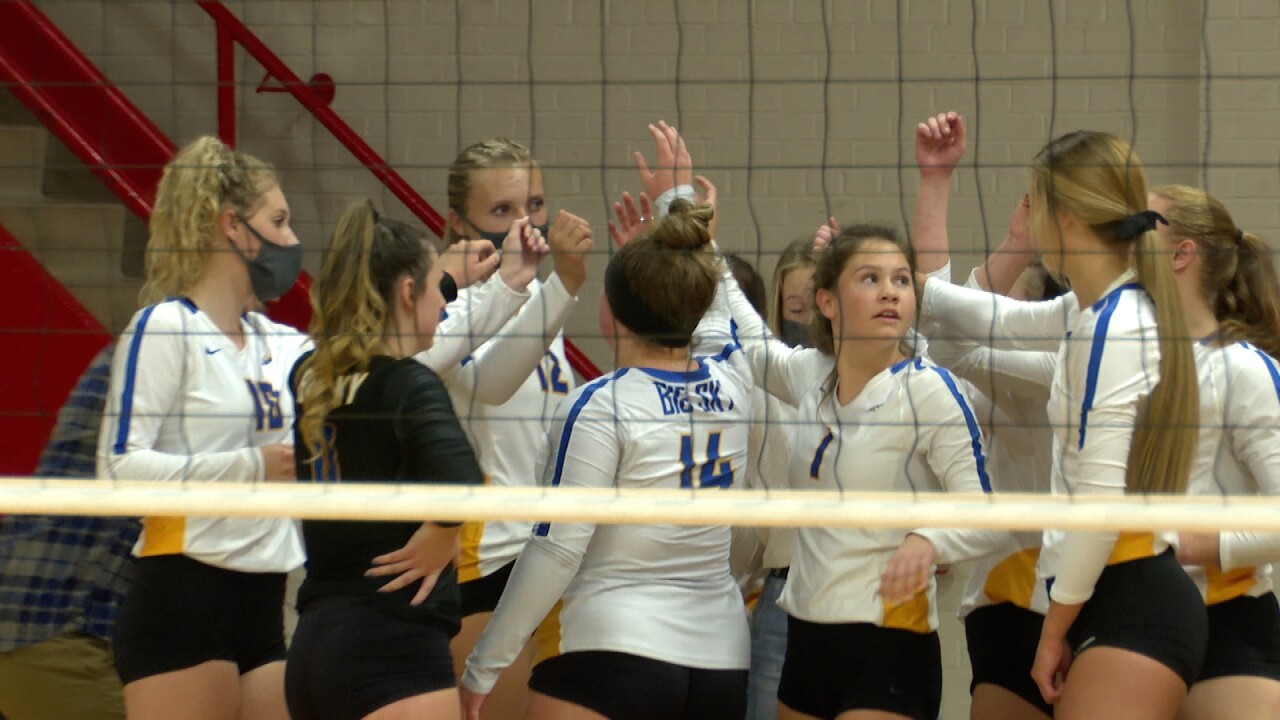 MISSOULA — The Missoula Big Sky Eagles took home their first crosstown volleyball win of the 2020 campaign with a five-set win over the Missoula Hellgate Knights on Thursday.

From start to finish it was a battle with both teams laying it all out on the court for five straight sets.

In the first set, it was the Big Sky Eagles who went out to a 12-9 lead, but Hellgate closed the gap and eventually came back to win the first set 27-25.

The second set was similar with a different result. Hellgate went out to an early lead before Big Sky came back and held the lead to win an important second set, 26-24.

In the fourth, Hellgate came out hot, going up 6-1 before Big Sky rattled off five straight points to make it 6-6. Hellgate pulled away for the 25-18 win, forcing a fifth and final set.

In Set 5, the Eagles couldn't have started any better, going up 6-0. Hellgate came roaring back but Big Sky held on for the 15-10 win in the fifth set to take the match.

"We have wanted it for years, we’ve been pushing and pushing, it’s very exciting, I feel like we earned it," said Big Sky senior outside hitter Beth Hicks. "Feels good for our reputation -- we don’t have the best reputation, so it feels good to get a win."

The Big Sky Eagles take on Missoula Sentinel in another crosstown match on Tuesday, Sept. 29. The Hellgate Knights will look to rebound against Butte High on Tuesday.