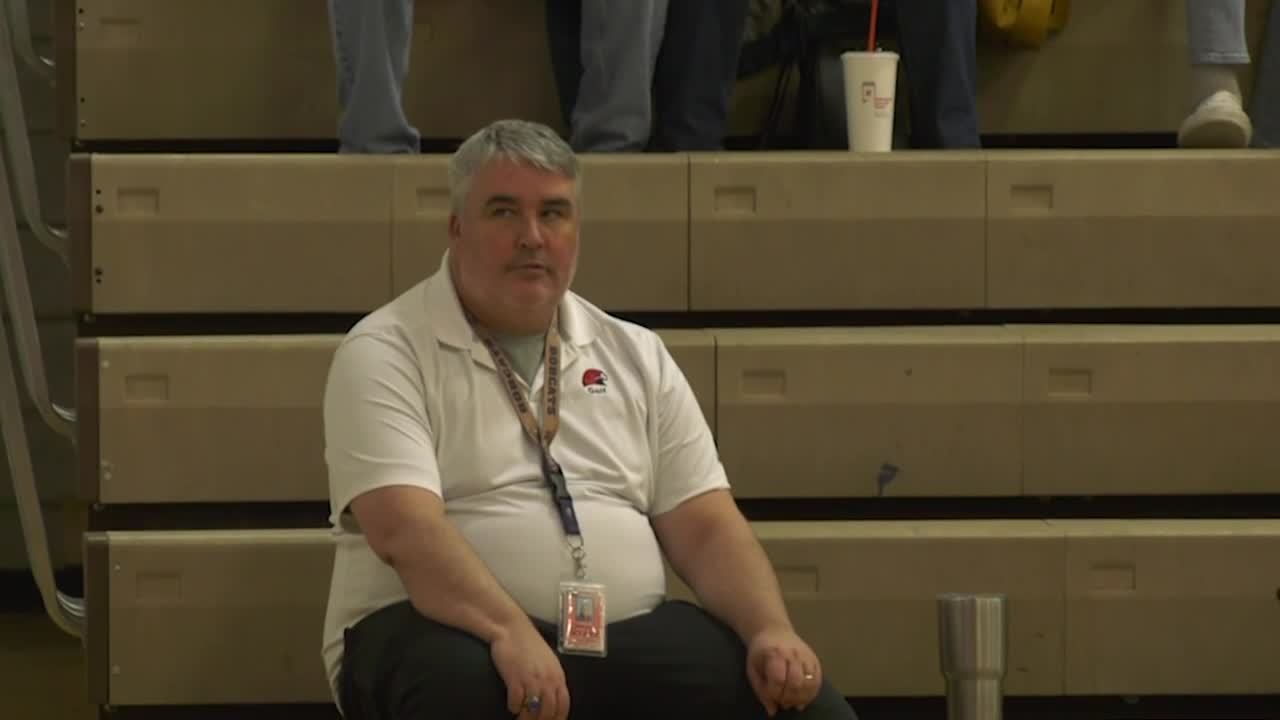 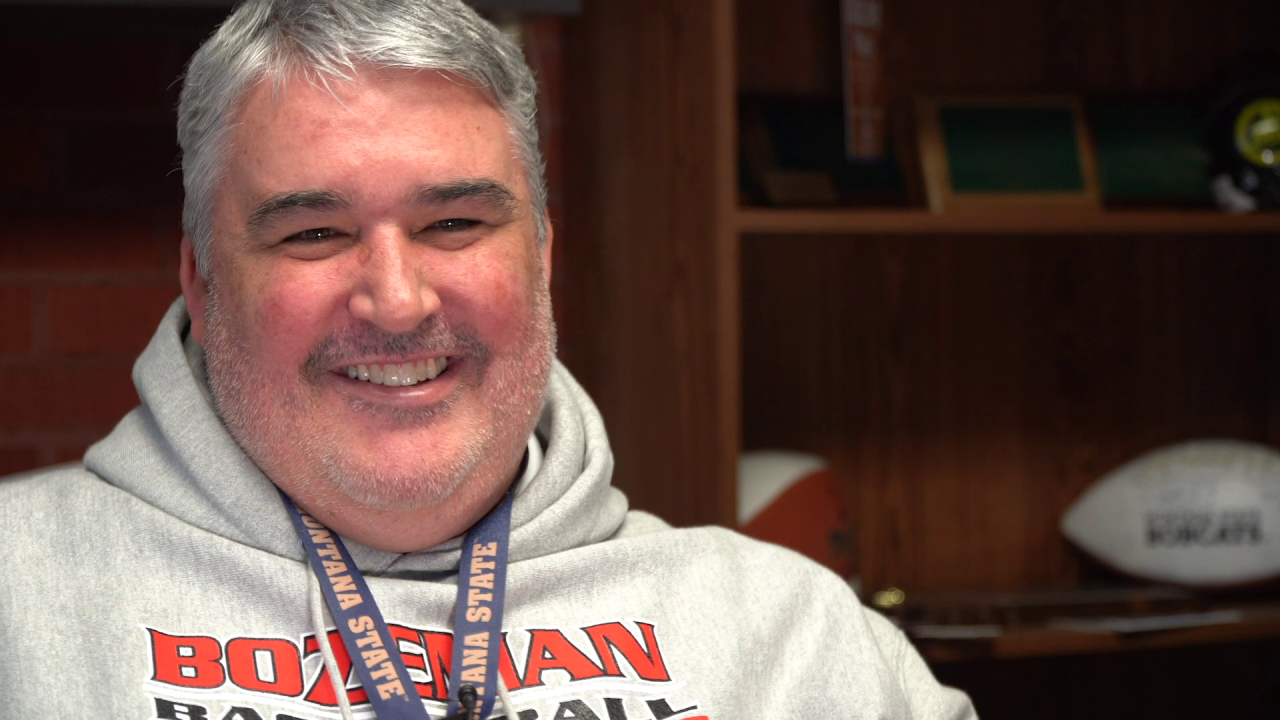 BOZEMAN -- The office is filled with plaques, signed footballs and stacks of papers -- some resumes, others the typical paperwork. The man at the desk dons a familiar face, though the red and black sweatshirt he's wearing doesn't look quite right, not yet anyway, but the familiar Montana State Bobcats lanyard around his neck is a staple.

As he prepares to shut the door for an interview, the head wrestling coach enters, looking for advice on the weekend's big tournament. Seconds later a secretary pokes her head through the door, followed immediately by another coach. It's easy to see what a typical day in the office might be.

“It’s always a beautiful day in the Gallatin Valley,” the man laughs.

Mark Ator is all smiles these days. If you didn’t know better, you might think he had retired, but it’s quite the opposite. Ator is in his eighth month as the activities director for the Bozeman School District after spending nearly three decades in Colstrip serving a variety of roles from football coach to vice and head principal and athletic director.

Ator’s move away from Colstrip, admittedly challenging, was the latest in a string of changes to Class B over the past decade, but Ator believes the classification is in great hands.

“Class B, I felt like in the last 10 years or so, there’s a tremendous leadership group there that was fun to work with. I miss a lot of those people," said Ator. "There were other people that had to step up, and I think people are doing that. You have (Red Lodge’s) John Fitzgerald, (Fairfield’s) Les Meyer, (Roundup’s) Chad Sealey —people that do multiple jobs — (Forsyth’s) Dinny Bennett is on the (MHSA executive board). (Former Malta AD Scott King) and I are missed, but everyone else has stepped up, and there are just a ton of good people in Class B.”

In terms of athletic success, Ator’s transition from Class B to the AA ranks was almost unfair, in a good way, after the Hawks collected six state trophies during the fall sports season, five of them of the first-place variety (football, boys golf, girls golf, boys cross country and girls cross country. The Bozeman boys soccer team placed runner-up).

“It was a great semester. Obviously our teams, we had tremendous success and great memories. You talk about the golf team, golf finished up winning state in a blizzard and received national recognition for that," Ator recalled. "Our cross country teams, both boys and girls, came back to get state titles this year, then competed at regionals, so they had a great year."

"The football game, which football is near and dear to my heart, that night in Butte was pretty special," he continued, referencing the Hawks' 49-28 rout over Butte in the Class AA title game. "To see that group of kids and our coaching staff, who I think a lot of, get a title in that atmosphere, all credit to Butte for that, that was an awesome night. But yes, the first semester here at Bozeman schools has been awesome.”

Ator’s second semester at the helm is likely to be just as memorable. The Bozeman swim teams both finished second a year ago, and the Hawks’ wrestling and boys basketball programs are the reigning champions.

“I just want to make sure everyone is working hard and having fun. I think the kids and the coaches have high expectations," he said. "The wrestling team, I think they plan on being healthy by February and making a run at a state trophy. Our boys and girls swim teams have been doing really well, and I think they’re pretty excited for their future. They have a great chance at a couple of trophies.

"Boys basketball, girls basketball, both those coaches (Wes Holmquist and Erika Gustavsen) are experienced, and I think the key for them is to be playing well in March, and they will be. … I have all the faith in the world that by the time we’re at a divisional tournament, those two teams will be playing well.”

Ator’s return to Bozeman isn’t all state trophies and title celebrations, though. He and the rest of the Bozeman Public School District are prepping for the addition of Gallatin High School, which will join the Class AA ranks next year.

“As far as Gallatin High School goes, that’s another part of it. It gets real in the next month or two. In the next month we’ll be finalizing personnel decisions, for the most part, so we’ll be working on the first round of teacher hirings — who’s going to Gallatin High," Ator explained. "We’ll also hopefully start hiring coaches for the next school year. Those positions have been opened up and we have applicants, so we’re starting the screening process as we speak. We’ll be moving on that.

"The facility is moving along quickly," he continued. "The gyms, we’re starting to lay down the wood in there, and that’s going to be a tremendous facility. We’re ordering equipment and working on those things through March, that’s kind of the timeline to get those things ordered. Hopefully the gym at Gallatin High is ready to go this summer for camps, that’s probably the No. 1 goal, because we have to make sure both schools have facilities for their individual and team camps.”