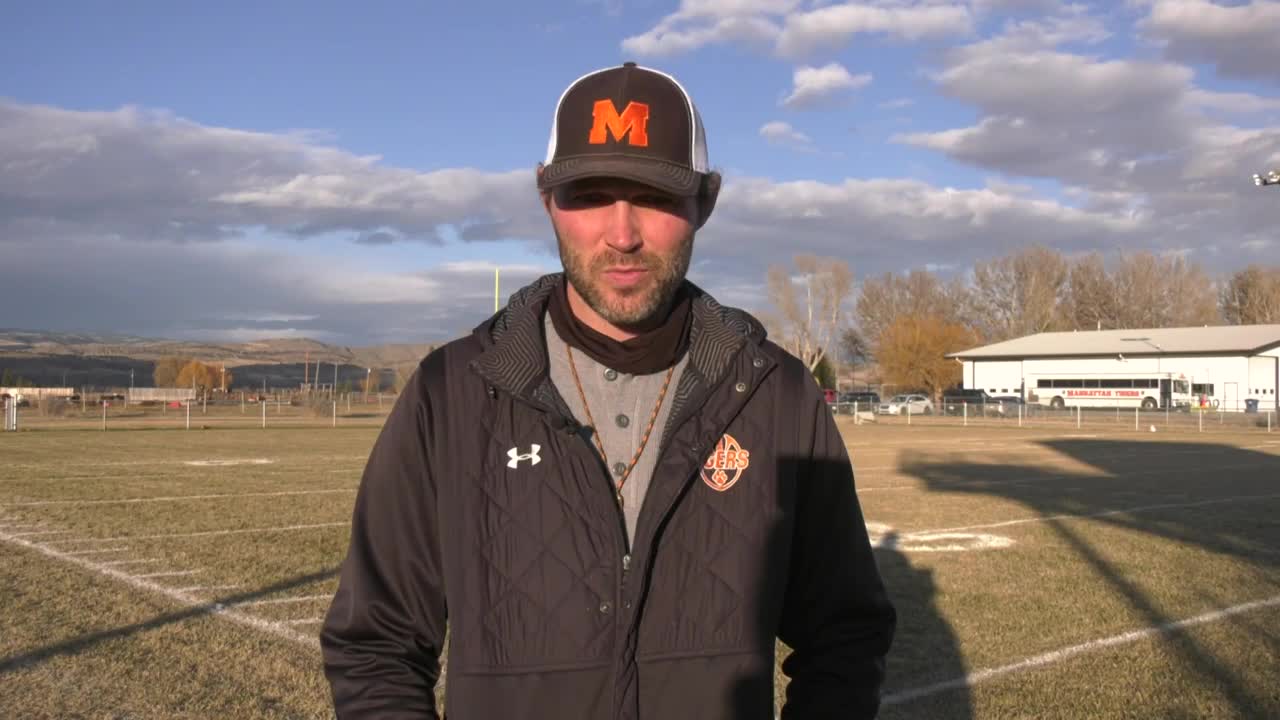 “It’s going to take a lot of grit and just playing for four quarters together and giving 100 percent,” said Manhattan senior linebacker and running back Toby Veltkamp.

“We just need to play our game," said senior lineman Sage Ellison. "We’re a really good, talented team, we know what we’re doing, we’re sound everywhere, and all we need to do is come perform like we know that we can.”

These two teams faced off against each other the past few years, so they know what to expect.

“Fairfield’s a great team," said Manhattan head coach Chris Grabowska. "They've got a great program, winning tradition. They like to run the ball quite a bit, some timely passes here and there. We got to be ready to shut down the run.”

The Eagles' rushing attack is led by junior Miguel Perez, who comes into the game averaging 5.2 yards per carry to go along with 11 rushing touchdowns on the season.

“He’s a short bruiser guy, he runs the ball hard, we got to be able to tackle them low, gang tackle," Grabowska said. "Their quarterback has a little speed, he’s a good runner, as well, so we got to be aware of where those guys are at all times.”

The undefeated Tigers have outscored their opponents 145-18 in the playoffs, and this week of preparation was no different from the rest.

“The kids are excited and focused as well," said Grabowska. "They’ve been treating it like any other game thus far. I feel like our week’s been pretty good so far.”

Manhattan lost last year's championship game to Eureka. The Tigers are ready at a shot to redeem themselves and hoist the trophy.

“It’d be awesome," Grabowska said. "It’d be a great accomplishment for these kids. They’ve been working for it so hard since April, so it’d be really fun to watch them celebrate and see them accomplish something that’s never been done before.”

The Tigers and Eagles are set to kick off at 1 p.m. Saturday.