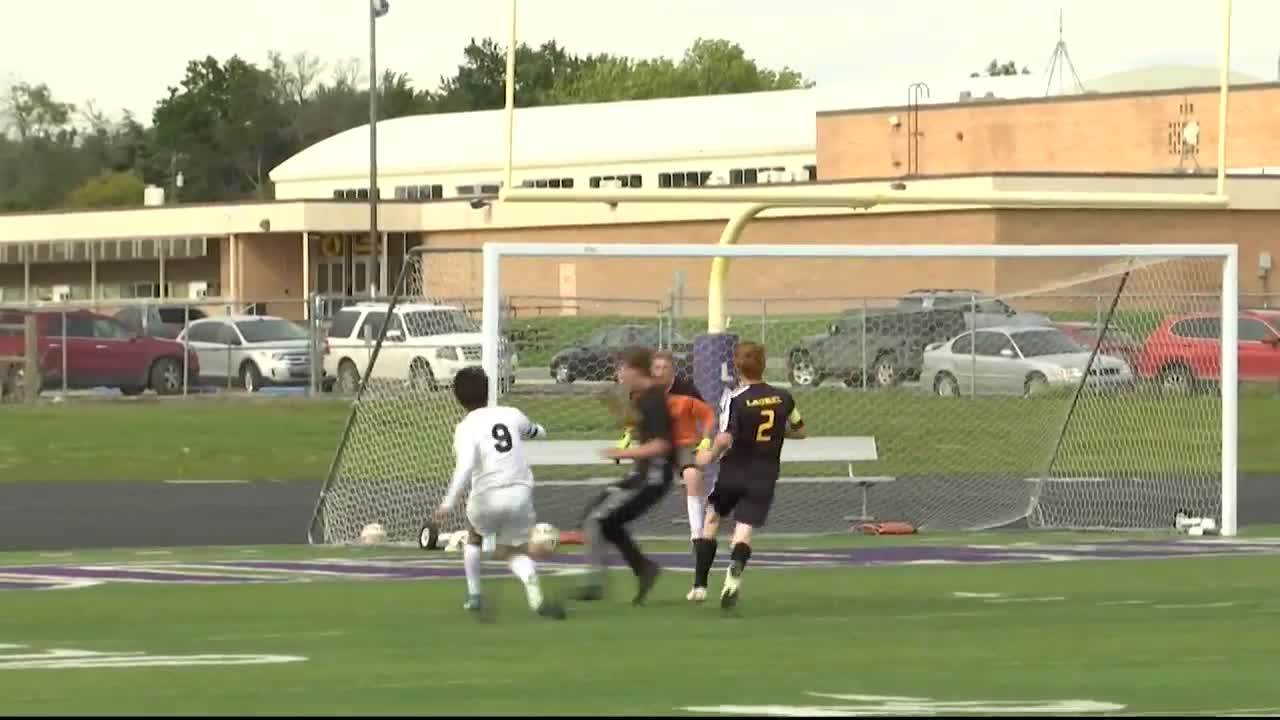 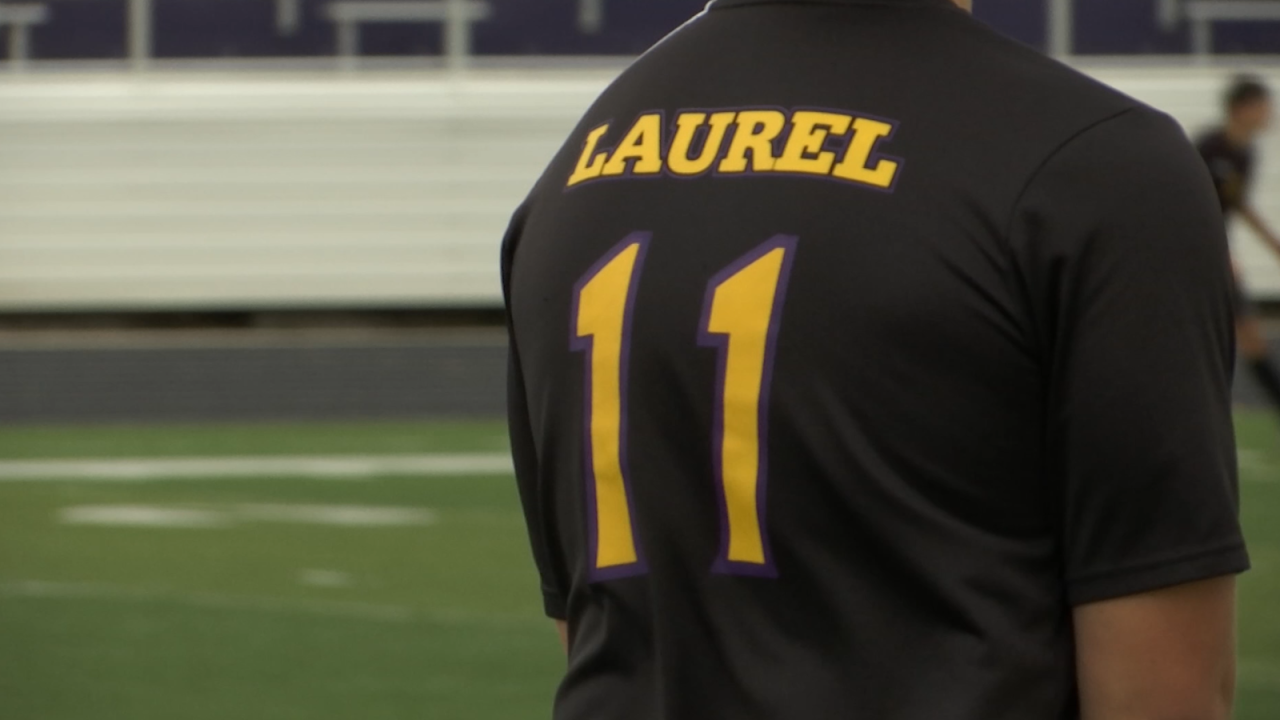 "It's great for Laurel. We've got a good bunch of kids that have been playing together for so many years and they're all mostly seniors now. Just working hard through the years, slowly getting better each year, and it's finally their year," Vanderpool said.

A strong 20-plus mile per hour wind blew steadily from west to east throughout the match, causing possession to be maintained on one half of the field for the majority of the game. Laurel opened the game with the wind at its back and in its favor.

The Locomotives capitalized in the opening half on a goal from Ethan Meccage. A Laurel throw-in found its way to Meccage in the box, and Meccage put some nasty spin on the ball to fool the goalie and deposit the ball into the back of the net, giving Laurel a 1-0 lead in the 27th minute.

"It was tough. I think the biggest thing was the boys stayed calm and cool. We had a couple times with the wind where the ball gets out of control," Vanderpool said. "We were hoping for the wind on the flip and we got it, so we got our side. I think that was a big factor, it's always tough for both sides."

Laurel's win will give the Locomotives the top seed out of the Eastern A when the State A playoffs begin. Billings Central will need to defeat Livingston next week to earn the conference's No. 2 seed.

The Laurel girls also had a chance to clinch the Eastern A regular-season title, but Billings Central wasn't going to let that happen on Saturday morning.

Billings Central wasted no time getting on the scoreboard. Zoie Althoff drew a penalty kick in the seventh minute, and she easily beat the keeper to give the Rams a 1-0 lead. Althoff would add her second goal of the game in the 18th minute when she somehow was able to get enough contact on a corner kick in traffic to deflect it into the goal. Althoff nearly buried a free kick from about 35 yards later in the first half.

Laurel would have a couple opportunities in the second half when the wind flipped in its favor, but the Locomotives were shutout by Billings Central keeper Mya Hansen, who transferred over to Billings Central from Laurel earlier this year.

Billings Central and Laurel are tied atop the Eastern A, although Billings Central holds the lead in the tiebreaker by two goals. Both teams will host Livingston next week.