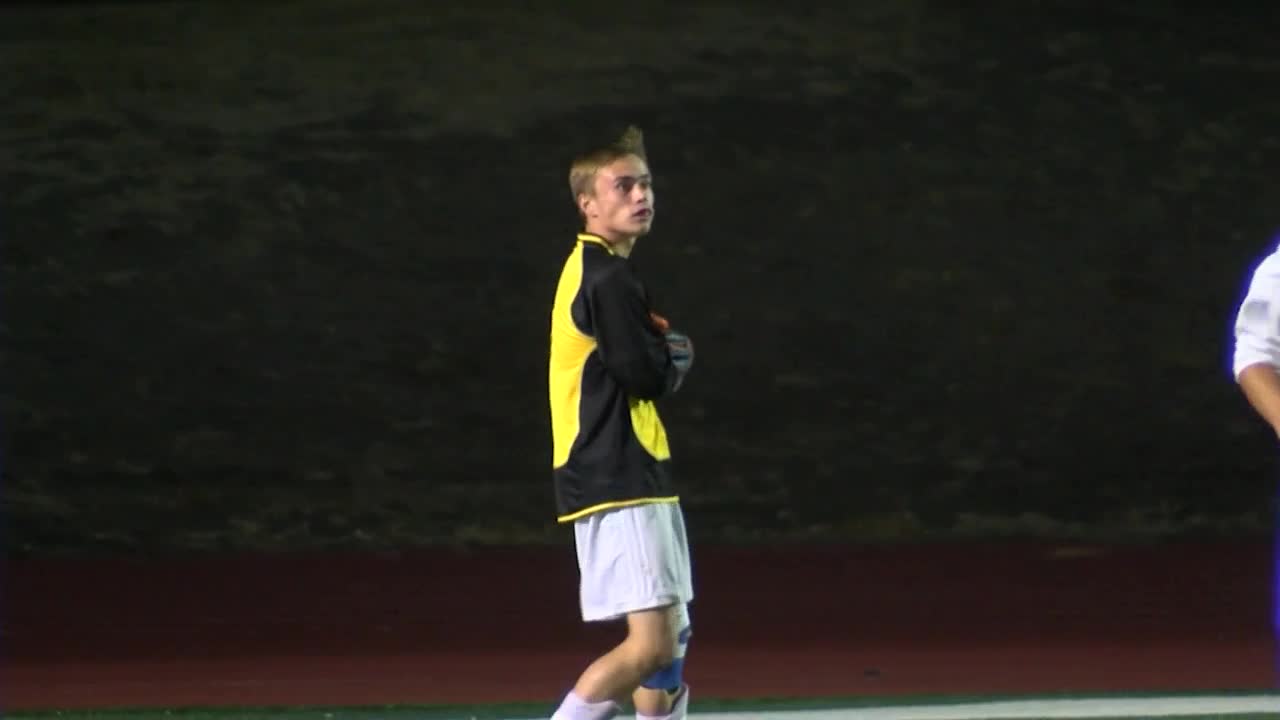 GREAT FALLS — It had been many years since the Great Falls High boys soccer team had beaten crosstown rival CMR, but on Thursday the Bison completed a season sweep. It was a big moment for the program, but also a big moment for an unlikely star.

When the score is close in a rivalry game, the energy and noise inside the stadium can be distracting, but not for Great Falls High senior goalkeeper Trevin Smith. Smith is deaf, but you’d hardly notice by watching him as he locks down opponents.

"It doesn't really limit my options, but the reason I play keeper is because, as keeper, I can see everything on the field. I can see everything in front of me," Smith said through an interpreter. "And it's easier for me to communicate with my team in the box. I could play other positions if I wasn't deaf more easily, but the keeper position makes it easy."

Smith, who also wrestles for the Bison, was an all-state soccer selection in the Eastern AA as a junior last season, and his talent at keeper is even more remarkable considering he didn’t even start playing soccer until he was a freshman in high school.

"It's pretty amazing to see how well he does. He's an amazing athlete to be able to pick up the game just three years ago, four years ago, when he first started as a freshman not knowing anything," Bison head coach Steve Groshelle said.

"We picked goalie because he's just fearless, and he will go after anything. And he's got great hands and he goes lights out every single time. He just will not quit no matter how hard it hurts or where the ball is. He will fight for it no matter what," Groshelle continued.

It means a lot to Smith to beat CMR -- not once but twice -- for the first time in his career. And he’s thankful for the work his teammates put in to get there.

"I think my team played awesome. And I think it was awesome because this is the first year that we have won in the last four years, our crosstown game, and of course it feels awesome," he said.

Smith knows college is in his future, but he doesn’t completely have his post-high school plans ironed out. He's not too worried about it, however. Remember, he didn't always plan on playing soccer, either.