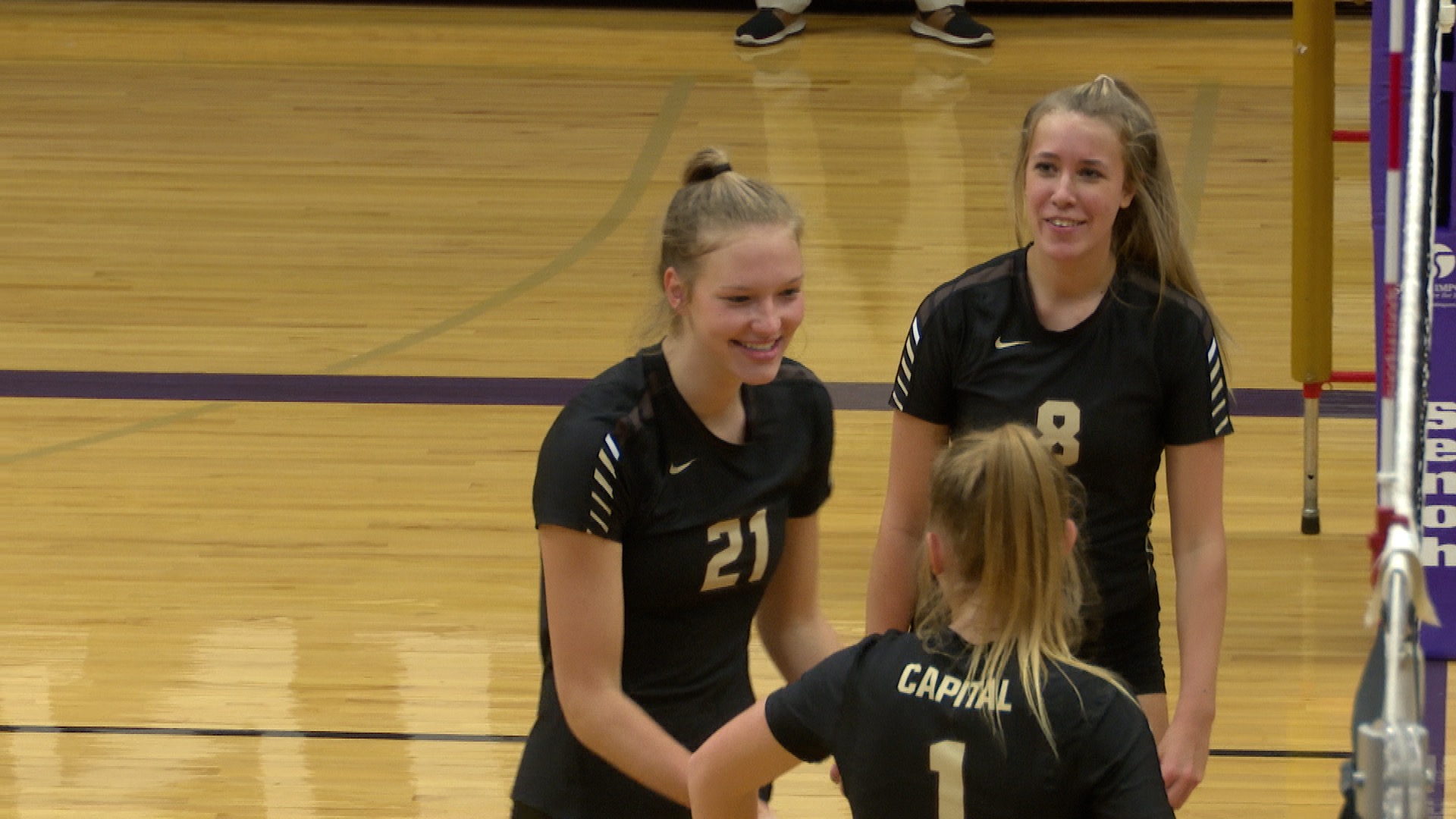 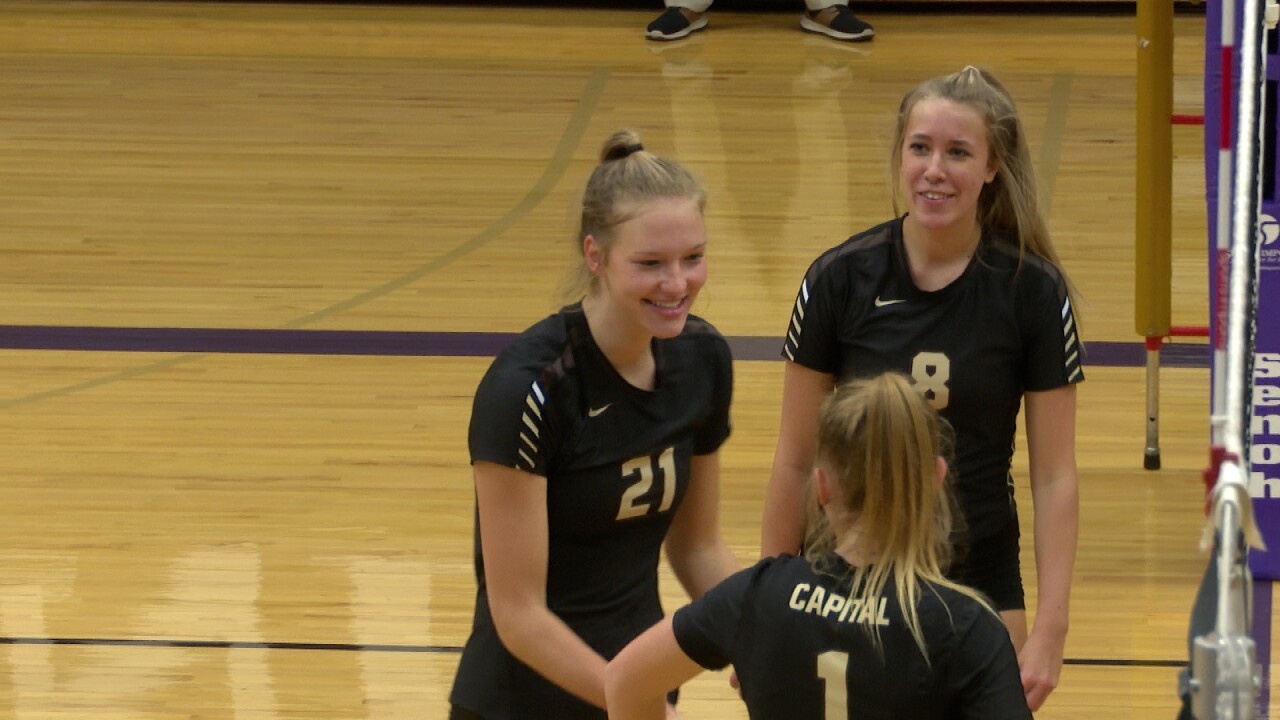 MISSOULA — The Helena Capital Bruins continued their dominant reign over Class AA volleyball with a 3-0 sweep over the Missoula Sentinel Spartans on Tuesday night.

From the start, the undefeated Bruins looked their championship part as seniors Paige and Dani Bartsch were finding kills all night with a number of sets from senior Audrey Hofer.

"We are just continuing to push for progress," said Capital head coach Rebecca Cleveland. "Offensively we played a solid game. I still want to work on our server consistency, but overall I am pleased with it. It’s great to see the celebration and know that the mask can’t keep our joy away from the court, and they just played really well together (Tuesday)."

With the win, it becomes Capital's 58th consecutive win, but Cleveland said the team doesn't pay attention to that.

"It’s not the number of wins you have, but how you approach every practice and every match," said Cleveland. "We push for improvement, and if there’s a loss, then we hope we learn from it. We’ve had practices that just didn’t go as great as they should have, for example, (Monday night). We took a practice where we didn’t like the reps we had and then we translated it to the game (Tuesday) as dominant volleyball."