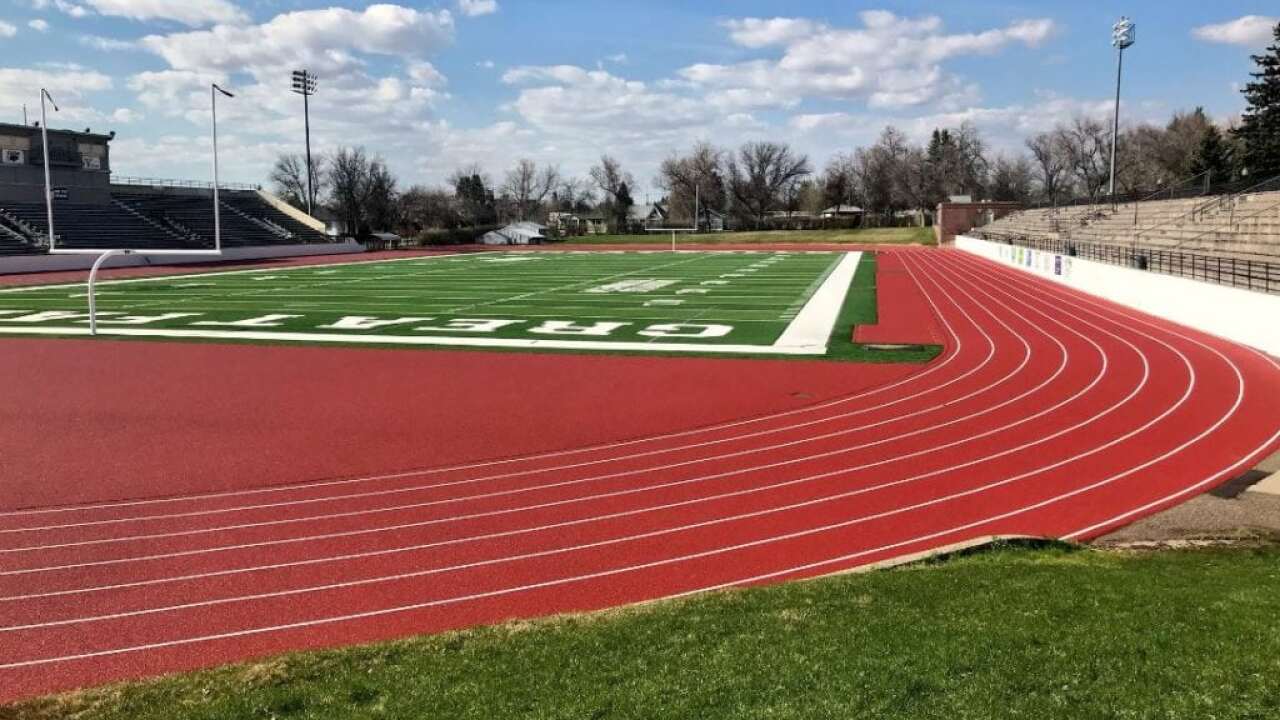 Painting has begun on the new track surface at Memorial Stadium at Great Falls High School. Memorial is the site for the State AA and C track and field meets May 25-26. (TOM WYLIE/MTN Sports)

GREAT FALLS — Following the lead of other Eastern AA school districts earlier in the week, Great Falls Public Schools will now allow two visiting fans per uniformed athlete during competition starting Friday. The move reverses course from the original plan, which did not permit visiting fans and allowed four home fans per athlete in uniform.

GFPS director of athletics Mike Henneberg said the change was approved by the Cascade City-County Health Department Friday morning, the same day the Great Falls CMR football team is scheduled to start its season against Belgrade at Memorial Stadium.

"There have been conversations since we started holding competition," Henneberg said, adding that the original policy was always something that would be routinely reviewed and subject to change.

He acknowledged the last-minute timing of the change and said that teams scheduled to visit Great Falls this weekend were notified as soon as possible.