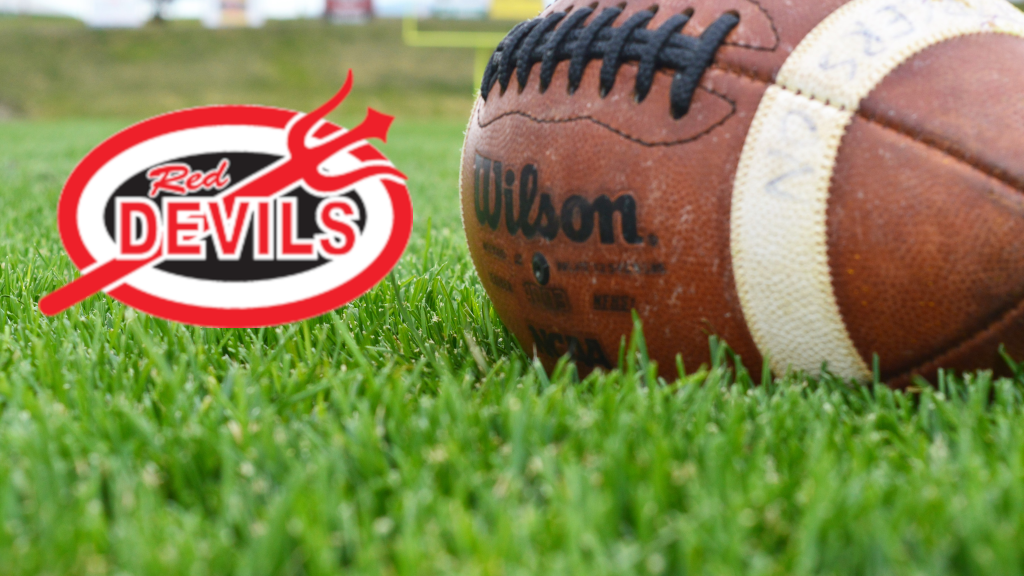 HELENA — For a moment Monday, Glendive’s Dawson County High School was set to play the 2019 football season in the Eastern B, making the move to Class B 11-man football from Class A 11-man football, where the Red Devils have been a staple over the years.

By the end of the day, though, DCHS was back in the Eastern A as if nothing had happened.

It was a whirlwind few hours at the Montana High School Association executive board meeting. The board initially approved Glendive’s request to drop to Class B football. It was a relatively easy, unanimous decision, as the board weighed three criteria: 1) Overall school enrollment, 2) Roster size, and 3) Competitiveness.

The MHSA implemented new enrollment cutoffs for football in November of 2016. The new cutoff between Class A and Class B football is 350 students, with any Class A school with fewer than 360 students having the right to petition to play Class B football. DCHS’s two-year average enrollment was 356 students (with 352 students in 2018), and the 2019-20 projected enrollment is 344, according to numbers provided by principal Wade Murphy.

Competitively, DCHS hasn’t had a winning season in 23 years. The Red Devils did make the playoffs in 2017, but that was only after the Eastern A realigned and took six teams to the state postseason.

In short, the board determined Glendive fit the criteria to move to Class B and unanimously approved the move.

“Some of the board members, I felt like, kind of hit the nail on the head when they talked about what’s best for kids. I think that’s where we’re at right now,” Murphy told MTN Sports after the initial verdict. “It wasn’t an easy conclusion. There’s a lot of emotion that goes into a situation like this when you consider historical perspective of where Dawson County High School has been in Class A football and in that Eastern division. But things are changing. Even the old Eastern A doesn’t exist anymore. We have to do what’s best for our kids, and I think at the end of the day, that’s why we got to the decision that we did.”

Things changed quickly, though. Both DCHS and the MHSA board overlooked the Red Devils’ co-op with Terry, which started prior to the 2018 football season. All co-ops are three-year partnerships that can only be dissolved by the MHSA executive board.

Terry has an enrollment of 37 students, four of which played football as part of the co-op with DCHS in the fall. With those additional students, the co-op’s combined enrollment equals 389 students, which far exceeds the cutoff to drop to Class B football. Once that number was presented, the board rescinded its approval of Glendive’s move.

Upon further review and a phone discussion with Murphy, who had already started the drive back to Glendive from Helena, the board ultimately denied the Red Devils’ move to Class B.

Reclassification and realignment can only happen at the November meeting, so it seems DCHS will continue to play in the Eastern A in 2019. In order for the Red Devils to move in the future, a handful of things must happen:

First, both the DCHS and Terry school boards must vote to dissolve the co-op. If that happens, the MHSA executive board would then review those decisions and take final action at one of its annual meetings, which take place in January, April, September and November.

If the MHSA board ultimately dissolves the DCHS-Terry co-op, DCHS could then re-petition to move to Class B.

DCHS’s enrollment has greatly fluctuated over the years. According to Murphy, the MHSA actually recommended DCHS move to Class B for all sports four years ago. The Class A/B cutoff for all sports is 307 students.

At the time, the Glendive community resisted the move, according to Murphy.

“Four years ago when we had the opportunity from MHSA to go Class B in everything, there was a large outpouring of disagreement, like, ‘Nope. We’re a Class A school. We play in the Class A.’ Our board made that decision and we stayed where we were,” Murphy said. “This time around, I feel like maybe there was a little more support for where we’re at.”

Murphy said the process of analyzing a potential move to Class B football started more than a year ago. The investigation intensified this summer and fall, and the DCHS school board only recently voted to petition the move.

“The more we investigated, the more people we talked to — honestly, we got a lot of positive feedback from a lot of the administrators, coaches and athletic directors that we talked to,” Murphy said. “Our goal is to give our kids a chance to compete, so that is really what we were trying to do, what is best for our kids. That’s kind of where we were at, that’s where we finished was, we think this might be best for our kids. Let’s go see. Let’s talk to some people, let’s talk to our own school board, let’s talk to the MHSA board and see what they think.”

Ultimately, DCHS now knows what everybody thinks. If DCSH’s enrollment continues to decline, a move seems imminent. The question now is a matter of when.