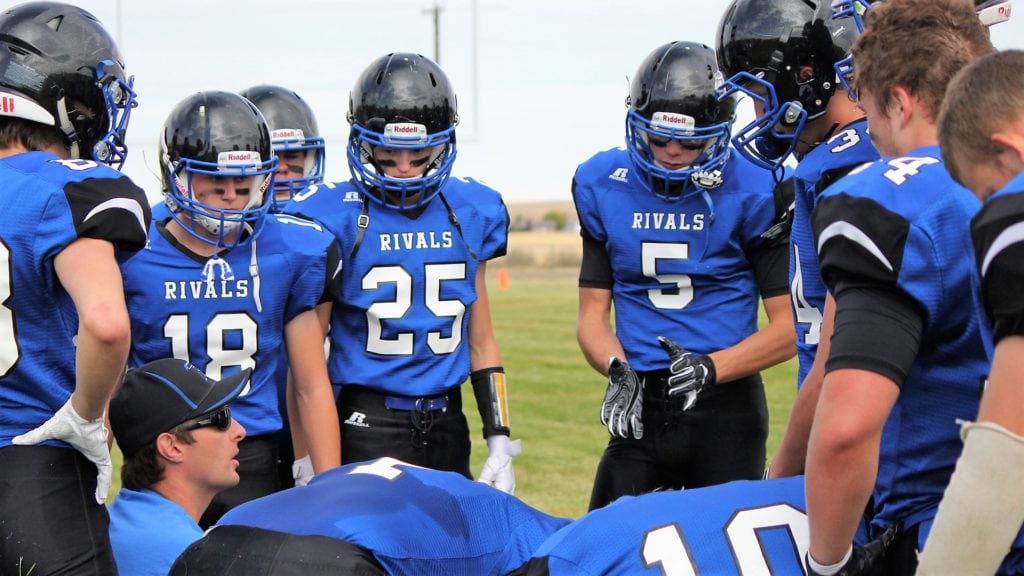 GERALDINE — In a battle of top-five teams, No. 2 Geraldine-Highwood defeated third-ranked Richey-Lambert 59-40 Saturday afternoon in Geraldine.

The two teams traded blows throughout the first half. Geraldine-Highwood got on the board first when Liam Laws went untouched for a 45-yard touchdown. Richey-Lambert answered right back. Fusion quarterback Gabe Gonsioroski corralled an errant snap and found Tyler Thiessen for a touchdown to tie things up.

Back and forth they went. Laws found the end zone for the second time of the half when he bounced around the edge and ran 27 yards for a score. But Gonsioroski again answered, taking it himself and weaving through the defense for a 45-yard touchdown run.

Brady Duvall found Mavrick McKinlay on a screen pass and the big man rumbled in for a score to put the Rivals up 24-16. Again the Fusion answered behind the arm of Gonsioroski. After dropping the snap, Gonsiorski found Grady Gonsiorski for a touchdown to tie things up at 24.

With Geraldine-Highwood leading 30-24 late in the first half, Gonsioroski was intercepted in the end zone by Bryce Bergenheier. The Rivals held that 30-24 advantage at the break and used the momentum from Bergenheier’s interception to pull away in the second half.

Geraldine-Highwood improved to 4-1 with the win. Richey-Lambert suffered its first loss of the season, dropping to 4-1.