Experience, athleticism leading Big Timber to top of Southern B 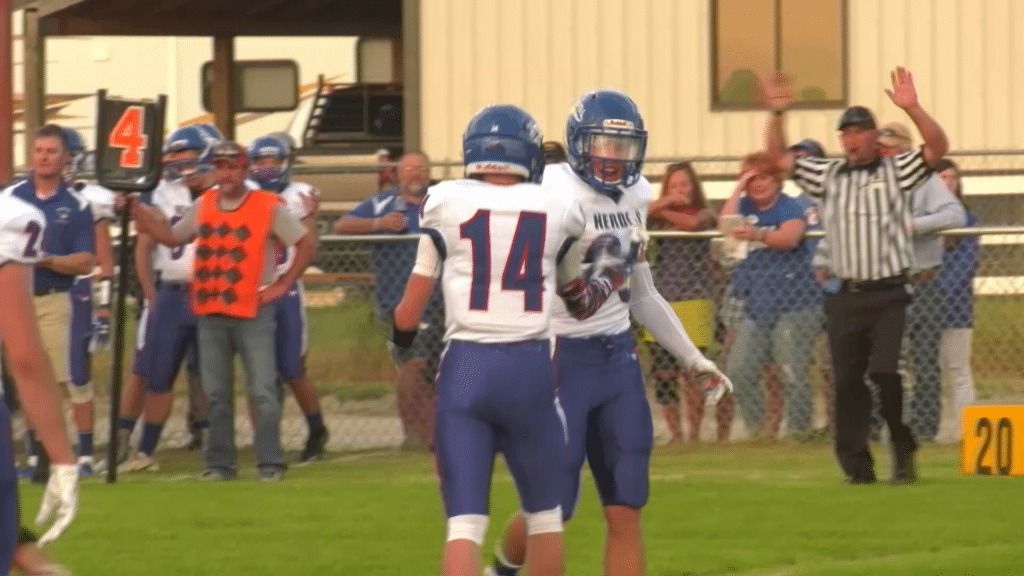 BIG TIMBER — Big Timber is making its comeback as a football town.

After Big Timber lost in the first round of the Class B playoffs last season, head coach JV Moody has seen similarities between Big Timber in 2018 and Big Timber in the early 1980s when Moody played for the Herders.

“We’ve got a great community. I played football here back in the early ’80s and it was kind of a football town,” Moody said. “Now, it hasn’t been for a long time, but you start noticing it in the stands. The attendance has gone up quite a bit, we’re getting a lot of support from the booster club. It’s nice to see that the community is behind us, and the kids are noticing it, too.”

Moody has been the head coach at Big Timber for three seasons and part of the program for 11. The Herders have been to the playoffs four times in those 11 years, but haven’t won a playoff game.

Last year’s 12-point loss to Huntley Project in the first round fueled the fire at Big Timber. Throughout the summer, Moody saw his seniors showing up to the weight room and leading the underclassmen, instilling the right culture in the younger kids.

“I think they just saw that they could compete last year. They were right in it with everybody else,” Moody said. “They started winning and they just wanted it more and more. Our football program has kind of been down for a long time, kind of got complacent and used to losing. I think we’ve had a mentality switch to where they know they can compete if they want to, and if they work hard and do all the right things, it’s there if they want it.”

The Herders are loaded with seniors that are cultivating a winning culture in the program. Big Timber’s eight seniors have played a lot of football for Moody over the past four seasons and have transitioned the team into a legitimate conference title contender in the Southern B.

Leading the senior class is quarterback Blake Finn. Finn is not the best athlete on the team, but Moody loves Finn’s leadership, toughness and competitive desire, which drives his teammates, too. Finn also has a handful of weapons at his disposal.

Leading the Herders’ offensive arsenal are receivers Casey Gunlikson and Kell Schwers. Gunlikson, the Class B state champion in the 100- and 200-meter dashes and the 300-meter hurdles, has game-breaking speed from anywhere on the field. Moody touts Schwers as being “half a step behind” Gunlikson and one of the quickest players in the state.

It isn’t just about speed for Big Timber, though, as the Herders boast a big, physical front on both sides of the ball. Shayden King, a 6-foot-5, 265-pound interior lineman, Cody Stene and Ethan Bullock have wreaked havoc on opposing offensive and defensive lines. In Big Timber’s win over Whitehall last week, Bullock returned an interception 56 yards for a score to shift the momentum in Big Timber’s favor.

“Shayden King up front, he’s just a monster,” Moody said. “Playing defensive end and guard on the offensive side, (Bullock) has kind of been a terror this year.”

King, Bullock and Stene are also responsible for opening running lanes for tailback Orry Carroccia. According to Moody, Carroccia has a pair of 100-plus-yard games on the ground already this season. Big Timber is clearly not short on talent on either side of the ball.

“It’s nice to have that many athletes on an 11-man squad,” Moody said of his teams’ top-end talent. “Usually you have six, seven that can play, but we pretty much have a full set of (starters) that can go out and play with anybody.”

Big Timber has its sights set on the playoffs after a quick 3-0 start and No. 5 ranking in the initial MontanaSports.com polls, but it must first take care of business in the Southern B. The Herders are currently the only unbeaten team in conference play but have a huge test ahead on Friday night when they travel to Townsend.

Townsend suffered its first loss of the season last week to Manhattan, a team that Big Timber has already defeated. If Big Timber wants to win its first conference title under Moody, it will need to remain hungry and focused.

“(Townsend) came (to Big Timber) last year after we lost three in a row and we thumped them pretty good. I think that caught (Townsend head coach Travis Rauh) off guard a little bit, but he is going to want revenge, probably, and I’m sure he’s instilling that in his players right now,” Moody chuckled. “I got a lot of respect for him. He’ll definitely be ready for us when the time comes.”

During Moody’s tenure, Big Timber has had several opportunities where it needed to win one game to make the playoffs but was unable to get it done. In order for the Herders to avoid that this season, Moody believes avoiding complacency and staying healthy are vital to finishing.

“This mentality that this group of kids has, they can look back and say, ‘I don’t want that to happen to us,'” Moody said of previous letdowns. “So I think staying focused, staying healthy and continuing to work hard and treating it one game at a time.”

“It’s been a long time since we’ve done much. These kids have an opportunity that their predecessors haven’t, and hopefully we take full advantage of it,” he added.