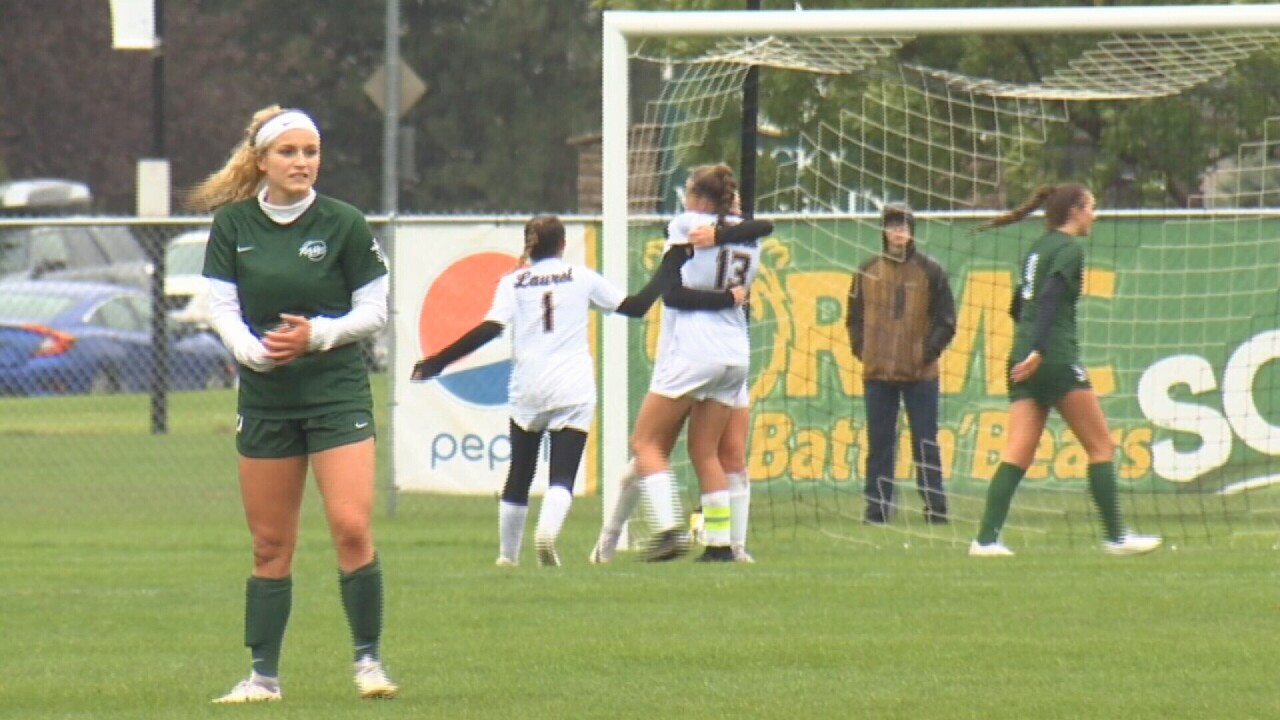 SCOTT BREEN / MTN Sports
Laurel celebrates a goal as a worried Zoie Althoff looks away during the Locomotives&#39; 5-3 win over Billings Central.

The brackets for the 2019 Class A state soccer playoffs are set.

Frenchtown, Laurel and Whitefish earned No. 1 seeds in the boys bracket and will host first-round matches. Whitefish is the defending state champion after finishing as the runner-up in 2017. The Bulldogs, the North champion, are 12-0-0 this season and have a goal differential of +70, allowing just seven goals all season.

The first round, which is scheduled for Oct. 18-19, features four games: Columbia Falls at Frenchtown, Polson at Laurel, Stevensville at Whitefish, and Billings Central or Livingston at Corvallis. The Rams and Rangers will meet for a play-in match earlier in the week. Dates and times are to be announced.

Missoula Loyola, Billings Central and Columbia Falls claimed No. 1 seeds in the girls bracket. Billings Central is the defending champion and has won nine of the past 11 titles. The Rams have played Eastern A rival Laurel in each of the past four championship matches. Central and Laurel split this season, but the Rams (11-1-0) won the Eastern A's No. 1 seed by virtue of a goal-differential tiebreaker. Laurel will play Livingston in a play-in game to determine the eighth spot in the first round, which is scheduled for Oct. 18 and 19.

The girls' first-round matches are: Whitefish at Missoula Loyola, Polson at Billings Central, Stevensville at Columbia Falls, and Laurel or Livingston at Corvallis.

Full scores and pairings from the tournaments can be found by clicking here.