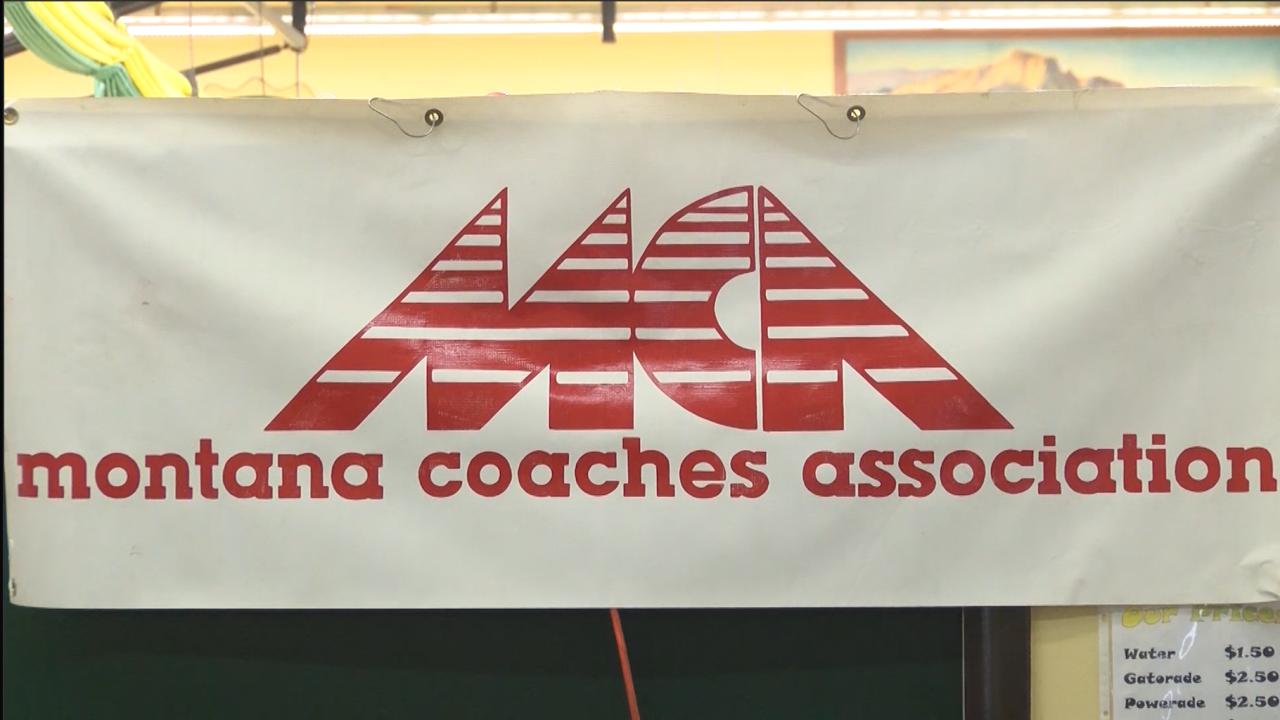 FORT SHAW -- The Montana Coaches Association announced the induction of nine coaches to its 2020 hall of fame class, which is headlined by the late Dan Stanton of Miles City.

Stanton coached for 25 years in Miles City, leading the Cowboys' football program for 12 seasons, capturing two Class A state championships (2008, 2010) during that span.

Longtime Helena High mentor and current University of Providence track and field coach Tony Arntson will also be inducted at the MCA awards ceremony on Thursday, July 30 during the annual MCA Coaches Clinic. Arntson spent 29 years coaching at the high school level, with 27 of those serving as head football coach at Helena High. The Bengals finished runner-up in Class AA three times, while Arntson's track and field teams captured a pair of state titles.

John Smith spent 37 of his 40 years of coaching at Columbus High School, heading up the track and field, softball and football programs during that tenure. Smith's football Cougars won 16 conference titles and the 1992 state championship, while the softball program -- the Stillwater Renegades of Columbus-Absarokee-Park City -- won three straight Class B-C state titles from 2007-09.

Bill Lepley is one of the most recognizable names in Montana high school basketball after 32 years on the bench at Shepherd High School. The Fillies have won 14 conference titles, 15 district tournament championships and three divisional titles in that span. Shepherd has earned a state trophy five times under Lepley, who has 496 wins compared to 280 losses.

Jim Carroll and John Sillitti earned their reputations in Montana's track and field ranks, with Carroll spending 33 of his 39 coaching years leading the Conrad track and field program. Conrad won six district and six divisional crowns under Carroll, who also oversaw six state trophies during his tenure. He was thrice named the MCA track and field coach of the year -- twice for girls track and field and once for boys.

Sillitti's Manhattan Tigers have captured 14 district and divisional championships, with five boys state track and field titles. During his 14 years as the Tigers' cross country coach, the Manhattan boys have earned five state championships and six second-place finishes, while the Tiger girls have won four state titles and a pair of second-place efforts. Sillitti has twice been nominated for the National High School Athletic Coaches Association national coach of the year.

A bio of each inductee, as sent by the Montana Coaches Association, can be found below.

Tony Arntson
 A 29-year veteran of Montana high school coaching including 2 years as an assistant football coach at CMR, 3 years as head football and track coach at Charlo, and 24 years at Helena High.
 At Helena High he served as head track and field coach for 17 years and head football coach for 24 years.
 In 27 years as a head football coach he tallied an overall record of 182-86.
 His Bengal football teams qualified for the state AA semi-finals 11 times, advancing to the state championship game 3 times.
 Coach Arntson’s track and field teams trophied at the state meet 8 times including 2 third place finishes, 4 runner-ups, and 2 state championships.
 In 2005 and 2015 he was the MCA’s AA Boys Track & Field Coach of the Year.
 He has coached in all of Montana’s all-star football games, a total of 13 times.
 A 29-year member of the MCA, Tony has contributed to the MHSA as a long standing member of the football rules committee.

Jim Carroll
 Has served in the coaching ranks 39 years, 33 of those years as head track and field coach at Conrad High School.
 At Conrad his track and field teams have won 6 district and 6 divisional championships. Adding 6 state trophies, including 3 state championships.
 In 2002 and 2003, he was the MCA’s Class B Girls Track & Field Coach of the Year. Following that up with the MCA’s 2004 Class B Boys Track and Field COY.
 Twice Coach Carroll has been honored by the NHSACA as a nominee for the National Girls Track and Field Coach in 2012 and 2018.
 For 20 years, Jim has served Conrad High School with distinction as Activities Director, being recognized as the 2007 Class B AD of the Year and the 2012 All-class AD of the Year.
 As a tournament director, Mr. Carroll has hosted 22 MHSA district and divisional tournaments in volleyball, basketball, wrestling, softball, and tennis.
 A lifetime member of the MCA, Jim currently serves on the board of directors as the Class B Director, a post he has held for the past five years.

Bill Lepley
 32 years of Coach Lepley’s 36 years in high school coaching have been spent as Shepherd High School’s girls’ basketball coach.
 During his time as head Fillies mentor, his teams have amassed 496 victories against 280 setbacks.
 Coach Lepley’s teams have collected 14 conference championships, 15 district championships, and 3 divisional crowns.
 They earned 14 trips to the state basketball tournament bringing home hardware on 5 occasions.
 A 36-year member of the MCA, Bill has been honored with nominations for the Class B Girls Basketball COY 7 times.
 17 athletes from the Shepherd girls’ basketball program have continued their playing careers at the collegiate level while 3 have competed in the MT/WY All-star basketball games.
 Coach Lepley has coached in the Treasure State Classic Basketball Tournament 5 times and served for 17 years as the Class B Director for that all-star event.

John Sillitti
 Coach John Sillitti’s 21 years of coaching cross country and track & field at Manhattan High School has witnessed remarkable success.
 In 14 years as head cross country coach at Manhattan, the Tiger’s boys’ teams have captured 5 state titles and 6 runner-ups while the girls’ teams have won 4 state championships and 2 second place finishes.
 During the spring, the track and field teams have won 14 district and divisional championships, 9 state trophies including 5 boys state championships.
 With 18 nominations for cross country COY, Coach Sillitti has been honored 9 times with the Class B Cross Country Coach of the Year.
 Similarly, John has been nominated 11 times for Class B Track & Field COY receiving 5 Coach of the Year honors.
 Twice nominated for NHSACA national coach of the year. In 2016 for Boys Track & Field and again in 2019 for Boys Cross Country.
 A 21-year member of the MCA, John has contributed to the MHSA as a member of the cross country rules committee for 8 years

John Smith
 40 years marks the coaching tenure for Coach Smith, 37 of those years at Columbus High School. All totaled, he served as head track and field coach for 2 years, head softball coach for 17 years, and head football coach for 24 years.
 As head football coach, the Cougars won 16 district championships and advanced to the state championship game 3 times seizing a state championship in 1992.
 Coaching the Columbus softball team to 4 divisional championships they captured state hardware 6 times including state championships in 2007, 2008, and 2009.
 In 1992, he was the MCA’s Class B Football Coach of the Year and has been nominated 4 additional times. Nominated 6 times for Class B Softball COY John has been honored 5 times with the Class B Softball Coach of the Year.
 Coach Smith is no stranger to coaching in all-star games. He has coached in 10 all-star football games and 2 softball all-star events.
 A 40-year member of the MCA, John has contributed to the MHSA as a member of the softball rules committee for 9 years.

Dan Stanton (posthumously)
Versatility is a hallmark of Coach Stanton’s 25 year coaching career at Miles City. Climbing up through the ranks starting as a middle school coach to high school assistant, Dan ascended to head coaching positions in basketball for 3 years, track & field for 2 years, and football for 12 years.
 In 12 years, as head football coach, Coach Stanton coached the Cowboys to an 84- 30 win/loss record including 2 conference championships.
 His football teams qualified for the state A football play-offs 9 time advancing to the state championship 3 times winning state championships in 2008 and 2010.
 Nominated for Class A Football COY 4 times, Coach Stanton was honored twice with the Class A Football Coach of the Year Award in 2008 and 2010.
 Selected as the head coach for the East Shrine team in 2009 and Montana Badlands Bowl team in 2011, he has also coached in each game as an assistant.
 Sadly, in the fall of 2015, Dan lost his courageous 8-year battle to a brain tumor. In his memory, the Dickinson State University football coaching staff hold an annual football coaches’ clinic alternating sites between Dickinson, ND and Miles City.

Rob Stanton
 Coach Stanton has served in the Montana coaching ranks for 27 years including 9 years at in Miles City and 18 years at West High School in Billings. During this time, he has been an annual member of the MCA.
 In 5 years as a head football coach, he has compiled a 72% winning average with an overall record of 41 wins – 16 losses. The Golden Bear football team has qualified for the state AA play-offs in each of his 5 seasons as head coach capping off the 2018 season with a state championship.
 In 2018, he was the MCA’s Class AA Football Coach of the Year and has twice been nominated for AA Football COY.
 In his 18 years as head track & field for West High, Coach Stanton’s track and field teams have won 13 divisional championships. 23 state trophies including 2 girls state championships and 7 boys state championships.
 Rob has been nominated 23 times for Class AA Track & Field COY honors. He was honored in 2006 and 2016 as AA Girls’ Coach of the Year and AA Boys Coach of the Year in 2006, 2007, 2008, 2009, 2012, 2016, and 2017.  Coach Stanton was honored by the NHSACA as a nominee for the National Boys Track and Field Coach in 2018.

Fred Volkman
 22 years of Coach Volkman’s 24 years in high school coaching were spent as head wrestling coach at Cut Bank High School.
 During his tenure as the Wolves head wrestling coach his teams amassed a dual meet record of 204-70-5.
 Coach Volkman’s teams collected 11 divisional championships and earned trophies at the state meet 8 times including 1 third place finish, 2 runner-ups, and 5 state championships.
 A 22-year member of the MCA, Fred was nominated 8 times for MCA Class B/C Wrestling COY. He was honored 6 times with the Class B/C Wrestling Coach of the Year following the 1970, 1971, 1972, 1983, 1984, and 1985 seasons.
 Two times Coach Volkman was selected by the NHSACA as a nominee for the National Wrestling Coach in 1982 and 1991.
 Post season opportunities included serving as a coach for the Montana AAU Cultural Exchange to Egypt and the AAU National Wrestling Tournament.
 Fred served the MHSA as a member of the wrestling rules committee for 3 years.

Steve Weston
 Coach Weston’s professional career spanned 38 years of coaching in western Montana high schools including 1 year at Belgrade High School, 13 years as head football and track & field coach at Darby, and 24 years at Hamilton High School.
 As head football coach at Hamilton High School, the Broncs won 3 divisional championships and advanced to the state A championship game 4 times winning state championships in 1997 and 1998.
 With an overall football coaching record of 175-101, Coach Weston was the MCA Class A Football Coach of the Year in 1997 and 1998.
 Leading the Hamilton softball team to an overall record of 204-136 and 6 divisional championships they captured state hardware 5 times including a state championship in 2003.
 As a football coach, Steve was selected to coach in Shrine Game 3 times including serving as the West team head coach in 1998. He coached one time each in the MT/ND Badlands Bowl All-star game and the Big Sky Class B All-star game.
 A lifetime member of the MOA, Steve was inducted to the MOA Hall of Fame in 2017.