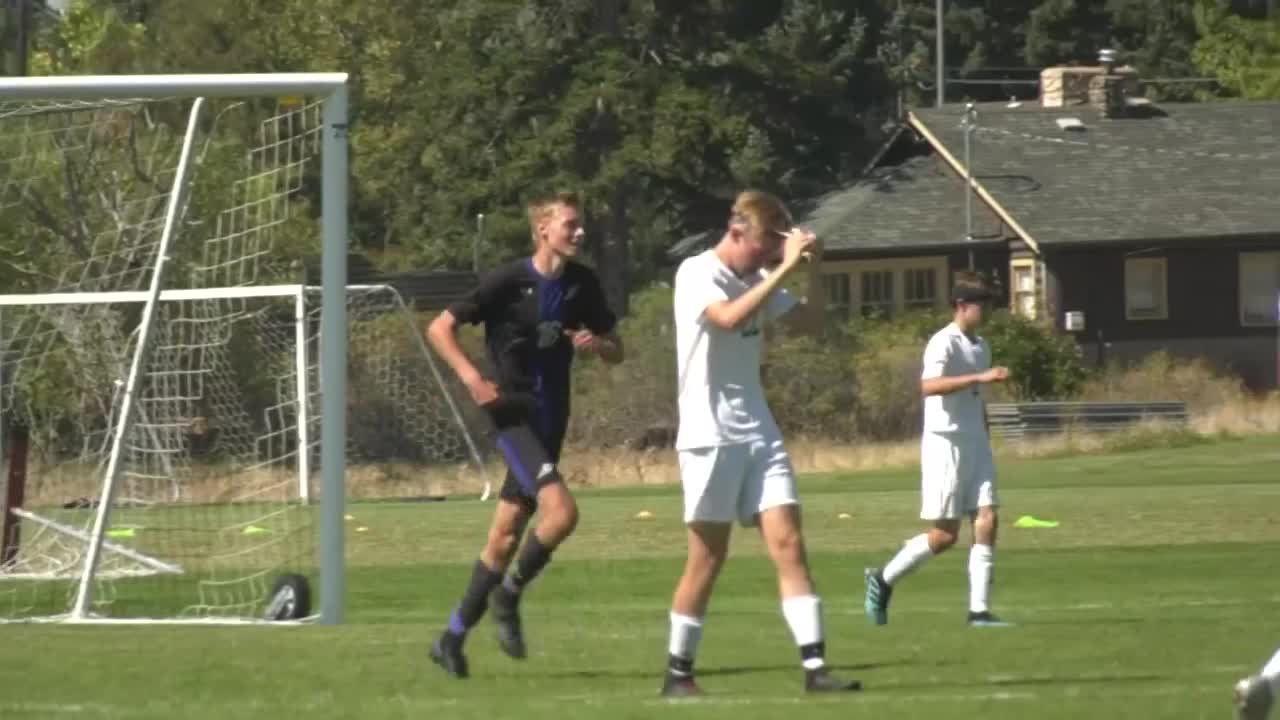 BOZEMAN — Bozeman Gallatin got the best of Belgrade in a new crosstown rivalry on Saturday, sweeping the two Class AA soccer matches.

Gallatin junior Max Burke tied the game at 1-1 and then looked to break the tie on a free kick. The ball went off the goalie, but Burke followed it up and put it in to give Gallatin a 2-1 lead.

With 15 minutes remaining in the game, A Dylan Nelson pass found John Shaler, who stayed with it and punched it in the net for Gallatin, giving the Raptors the 3-1 win, their first in program history.

Olivia Collins got the Raptors on the board and seconds later got another roller to go in past the goalie to quickly give the Raptors a 2-0 lead at the half.

The Raptors were looking to extend their lead, and Natalie Sippos put it in the goal as the Panther goalie was nowhere to be found way outside of the net.

Collins added her third goal of the game, using some nifty footwork to cross up the goalie and put one in.