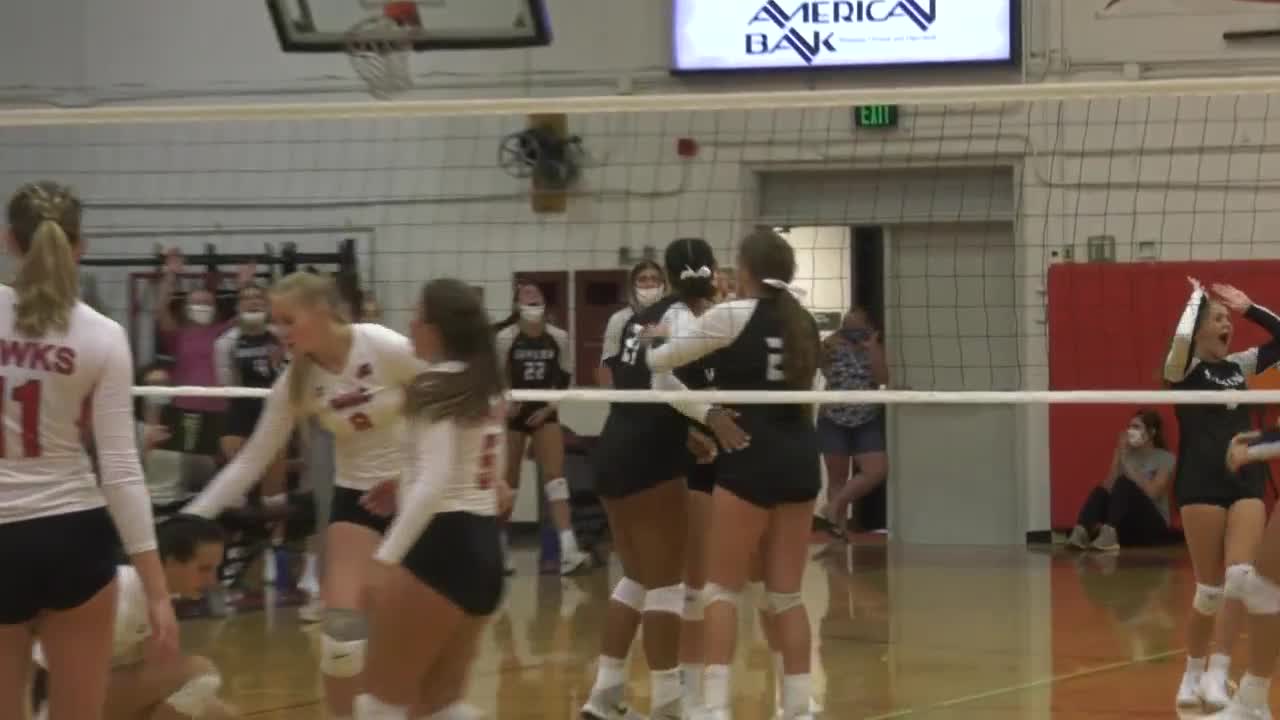 BOZEMAN — Bozeman High hosted Billings Skyview for an Eastern AA volleyball match on Saturday, picking up its first win of the year in four sets.

On match point in the first set, the Falcons' Haley Droogsma served it straight into the net to give the Hawks a 25-21 first-set win.

In the second set, the Falcons jumped out to a 7-1 lead, but Bozeman came roaring back. It wasn’t enough, though, as Jordan Olson hit it softly in an empty spot of defense and gave Billings Skyview a 25-22 win.

The third set was back and forth the entire way. With the Hawks up 24-23, Karly Stromberg faked the set and instead pushed it over and it fell past the defenders to give Bozeman its second set.

To win Set 4, Stromberg served it and the Falcons couldn’t get it back over, and the Hawks won the fourth set 26-24.