Bozeman soccer thriving with 'next woman up' mentality 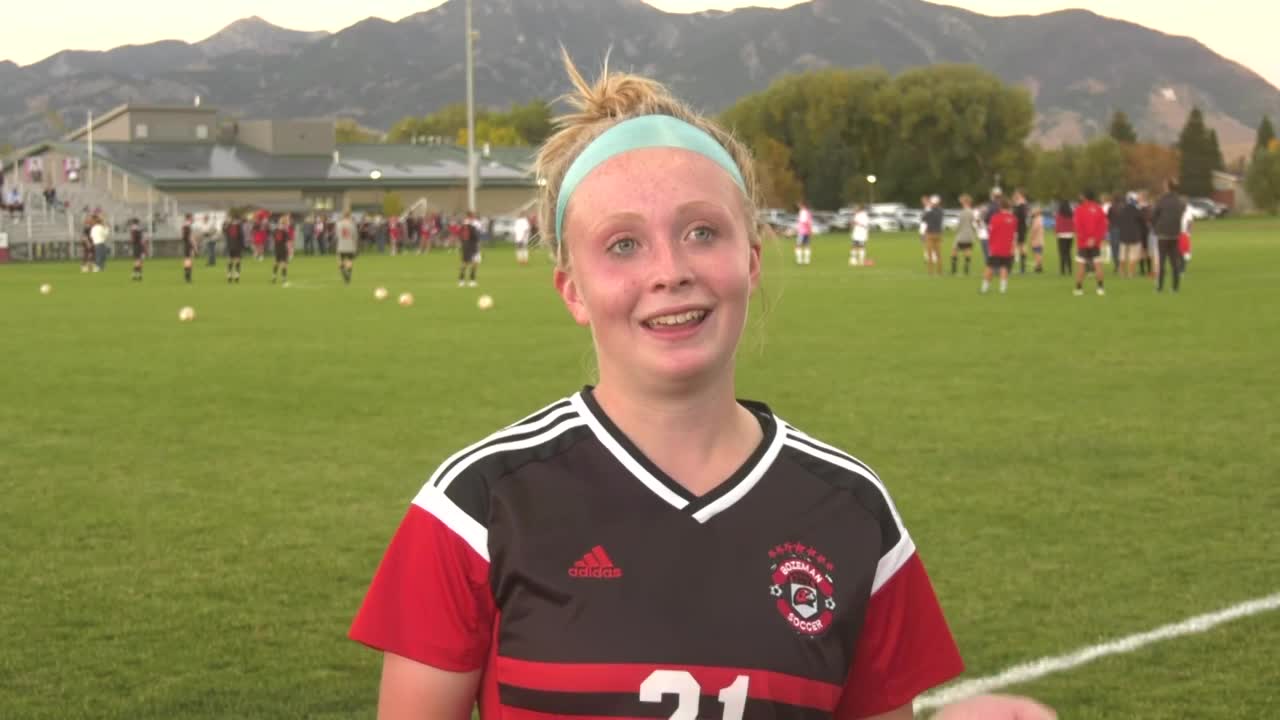 BOZEMAN — Despite the loss of star player Addi Ekstrom, the Bozeman High soccer girls have rallied around each other to have a successful season.

“Obviously it was devastating, and as a team we just stepped up," said senior Audra Wise. "Now we’re playing for her, we’re going to do this for her.”

It was hard for Ekstrom, who is committed to play basketball at Carroll College next year, to accept her injury at first, but now she’s embracing her role as a player-coach, helping her team be as successful as it can be. Ekstrom said she will be ready to go for Carroll next year after her ACL injury.

“That's kind of the role I’ve stepped into now that I can’t be on the field," she said. "I try to help them, encourage them, give them pointers if I can. That’s kind of where I stepped into.”

With Ekstrom out, many players have had to step up.

"There’s a lot of (junior varsity) people who have really stepped up, they play a lot of the game now," said Wise. "We’ve had seniors step up. I think I’ve personally stepped up. I think we’ve had some juniors, as well, just step up and everybody has. We’ve gotten to play for each other now, which is so amazing.”

Players have played for each other, embracing whatever role they have been put into.

“I think it’s everybody’s willingness to move around, nobody is stuck in one spot," said Wise. "If coach says, 'Let’s try that.' Well, everybody is willing to try that -- go out there and take a risk."

“That’s really been our advantage that we’ve found a way to win as a team and not rely just on one player," said head coach Erika Cannon. "Everybody is stepping up in different ways. I think that’s what makes us dangerous, too: We have lots of players that can be dangerous at any given time.”

It’s not just the team rallying around each other or having multiple players step up, it’s the love this team has for each other that has made them so successful.

“It’s been a great year. ... With all the things that have happened to us with COVID, losing players and just having a lot of disruption, I think our team is really stepping up every day,” Cannon said.

The Hawks are 9-2-2 after battling to a scoreless draw with Billings West (10-0-3) on Thursday. Bozeman closes out its regular season against Billings Skyview (6-3-3) on Saturday.