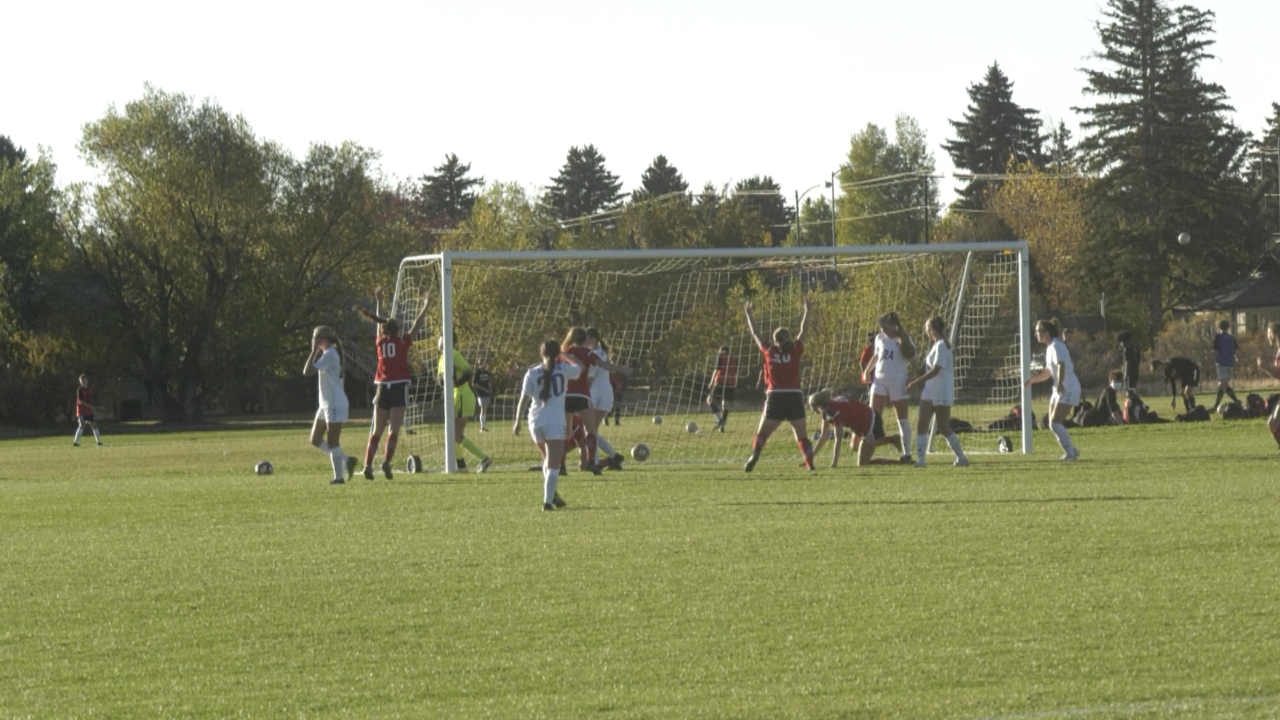 Bozeman's girls would put their first goal in off a corner kick as the ball would bounce around for a while, but eventually Sabrina Scurry put it in the net from as close as possible to put Bozeman up 1-0.

In the second period, with the score tied 1-1, Bozeman would have a free kick and Audra Wise sniped the ball in past the goalie. That put the Hawks up 2-1. That would be the final score, and the Hawks moved to 9-2-1 on the season.

In the boys game, the Hawks jumped out ahead early as William Raymond Wilson received a pass and kicked it off the goalie into the net for a quick 1-0 lead.

Nolan Robins booted one in from far out to put the Hawks up 3-0 in the second, and they would win by that same score.