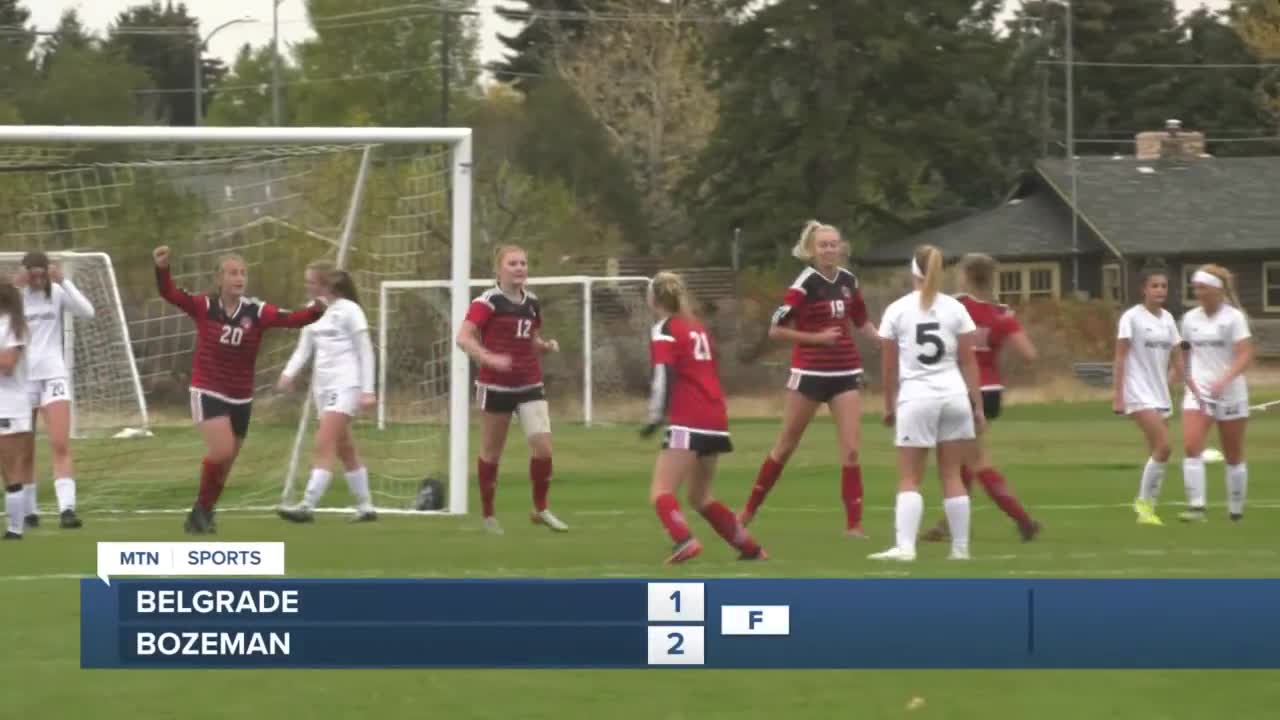 BOZEMAN — It’s state soccer playoffs for the Bozeman boys and girls, and both teams earned first-round wins on Tuesday.

The No. 2 seed Bozeman girls took on crosstown rival Belgrade in the afternoon game, so you know both teams were amped up to play each other.

Belgrade got on the board first as Karli Aitchison booted one off the fingertips of the Hawks' goalie into the net to put the Panthers up 1-0.

Bozeman would answer back in the first a short while later. Off the corner kick Ursula Vlases got the loose ball in front of the net and used the header to punch one in to tie it up at 1-1.

With 15 minutes remaining in the game Bozeman had a corner kick. It bounced off the Panthers' goalie and then off a Belgrade defender for an own goal. That put Bozeman up 2-1, and the Hawks held on for the last few minutes of the game to advance to the next round.

The Bozeman boys took on Great Falls CMR and cruised to a 9-0 win.

Early in the first Hawks star Drew Johnson nailed one of the cross bar, but off the rebound the ball found Will Kaiser, who booted it past the goalie.

Minutes later, Josh Angell had a breakaway and the goalie would be no match on this shot as the Hawks built a 2-0 advantage.

Johnson wouldn’t be held without a goal in the first half. The Hawks used some trickery on the free kick and the ball eventually found Johnson, who kicked a fast-bouncing hopper right past the goalie.

With only a few minutes to go in the first half, Johnson found himself on a breakaway, and he just gave the ball love tap into the net past the goalie who came out too far. That put Bozeman up 4-0, and they rolled in the second half to move on to the next round with the 9-0 win.