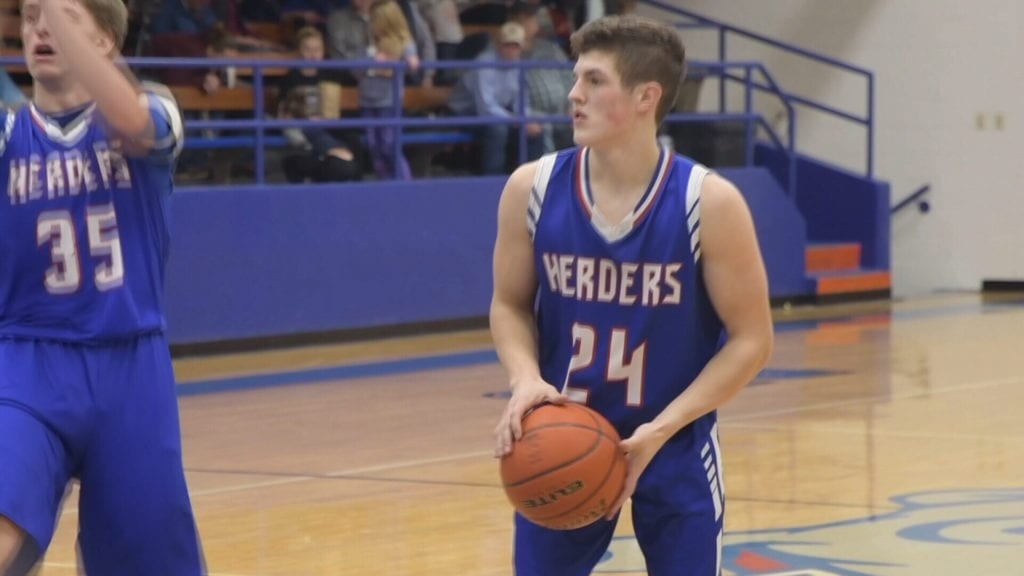 GLENDIVE — Kell Schwers has made his college decision.

The Big Timber point guard signed with Dawson Community College Friday after a first-team all-state year for the Sheepherders. Schwers averaged 21 points, 3.5 rebounds, 3.4 assists and 3.1 steals per game as a senior. He helped lead Big Timber to a 26-2 record and a third-place finish at the state tournament where he earned all-tournament honors. The Herders won the district championship and placed third in divisionals before qualifying for state.

Schwers led District 5B in scoring and 3-pointers made. He will be following in the footsteps of former Big Timber guard Brent Finn who played two years for the Bucs, leading them in scoring and helping them win 24 games back in the 2017-2018 season.

“I chose Dawson because I believe it is the best opportunity for me to develop as a person and as a player,” Schwers said.

“Kell is a winner who has a great work ethic,” Peterson said. “He’s a good player now but will keep getting better, because he’s a gym rat who loves the game and wants to be great. I’m excited we were able to get such a high-quality in-state recruit.”

Schwers will be joining a Bucs team that is returning eight key players from a 20-win team this past season, as well as two redshirts returning and two signees.