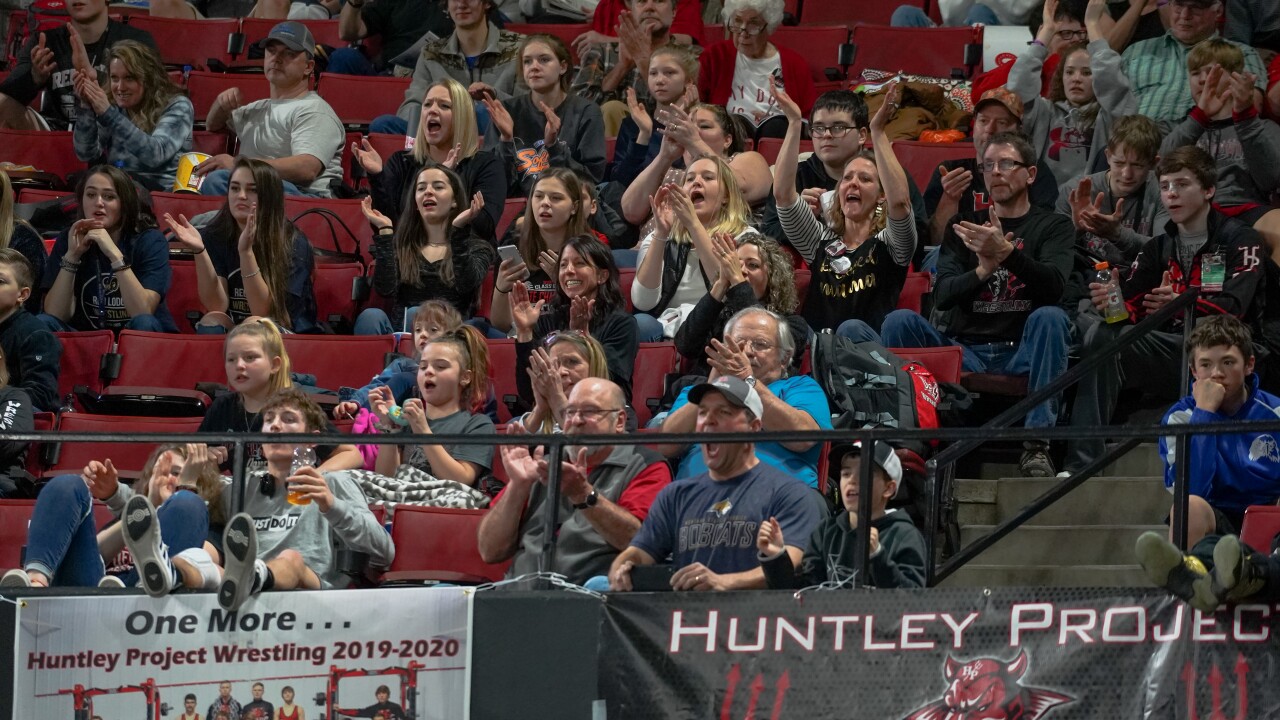 BILLINGS -- Thirty-nine state champions will be crowned throughout the afternoon and early evening at First Interstate Arena at MetraPark, after 78 high school wrestlers punched tickets to the state championship matches on Saturday morning.

At the conclusion of Saturday morning's semifinals, Great Falls High had 181.5 points, compared to Bozeman's 164.5. Kalispell Flathead made a charge to third with 154, while Billings Senior was fourth with 147.5.

Great Falls High sent reigning champs Elijah Davis and Ethan Deroche back to the finals at 205 and 285 pounds, respectively.

Bozeman's Leif Schroeder will look to secure his fourth title at 138 pounds, the second match of the night, while teammates Avery Allen, Brock Rodrigues and Tom Walkup are also finalists.

Sidney moved a step closer to two goals -- another team championship and breaking the 2019 Eagles' state-record 310.5 points. The Eagles were at 260 at the conclusion of the semifinals, with an impressive eight wrestlers in the finals.

Frenchtown all but secured the second-place trophy with five wrestlers securing berths in the championships. The Broncs will compete in the final four matches of the night with Landen Stewart, Walker Dyer, Eli Warner and Jake Bibler competing from 103 to 126 pounds. Bibler's match will conclude the tournament as he chases a fourth consecutive title against Lewistown junior and two-time champion Cooper Birdwell in arguably the most-anticipated match of the tournament.

Laurel, Miles City and Havre are in the running for the third-place trophy.

Glasgow and Eureka have moved past Huntley Project in the Class B race. The Scotties have 131 points to the Lions' 103. Huntley Project is at 102, while Whitehall is still in contention with 97 points.

Circle took a commanding lead in the Class C standings with 76.5 points, behind Krayle Stormer and Cole Becker's semifinal wins. All five of the Wildcats' state qualifiers will return next season.