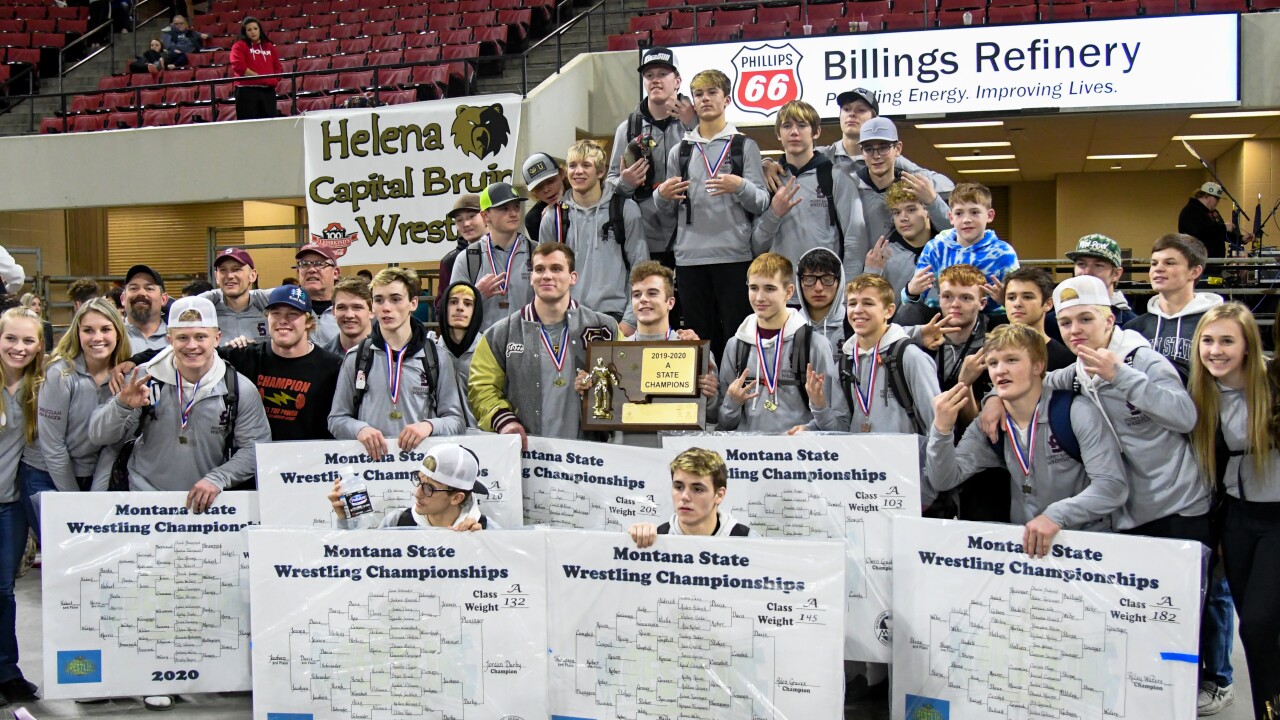 We all knew Sidney was going to run away with its third consecutive Class A team title, but the Eagles were also able to shatter their own Class A scoring record behind seven individual champions.

After winning the 2019 title in record-breaking fashion with 310.5 points, Sidney set the bar even higher with 340 this year.

"I think we can. We're going to be tough for the next two, three years. Maybe more, I don't know. I won't be here," said junior Riley Waters, the State A 182-pound champion.

"The goal was to break the record and overall dominate, and I think we've done that," said Jett Jones, the undefeated 205-pound champion in Class A.

"It's kind of unbelievable. I don't know even what to say about it other than it was a really dominating performance. I'm so happy for our guys. They deserve every bit of it," Eagles head coach Guy Melby said. "Everybody said, 'Hey, that's a great three months.' Well for us, that's a great 12 months because that's how long it takes to do something like that and that's what our guys did."

Frenchtown's Jake Bibler was looking to join the exclusive four-time state champion club, but he ran up against Lewistown junior Cooper Birdwell at 126 pounds. Birdwell dominated to pick up third consecutive state title in one of the weekend's most anticipated matchups.

"I wanted to stay in good position and keep the pace. Birdwell said. "I believed in my coaches and my training, so I knew if I was to wrestle how I knew how, it would work out."