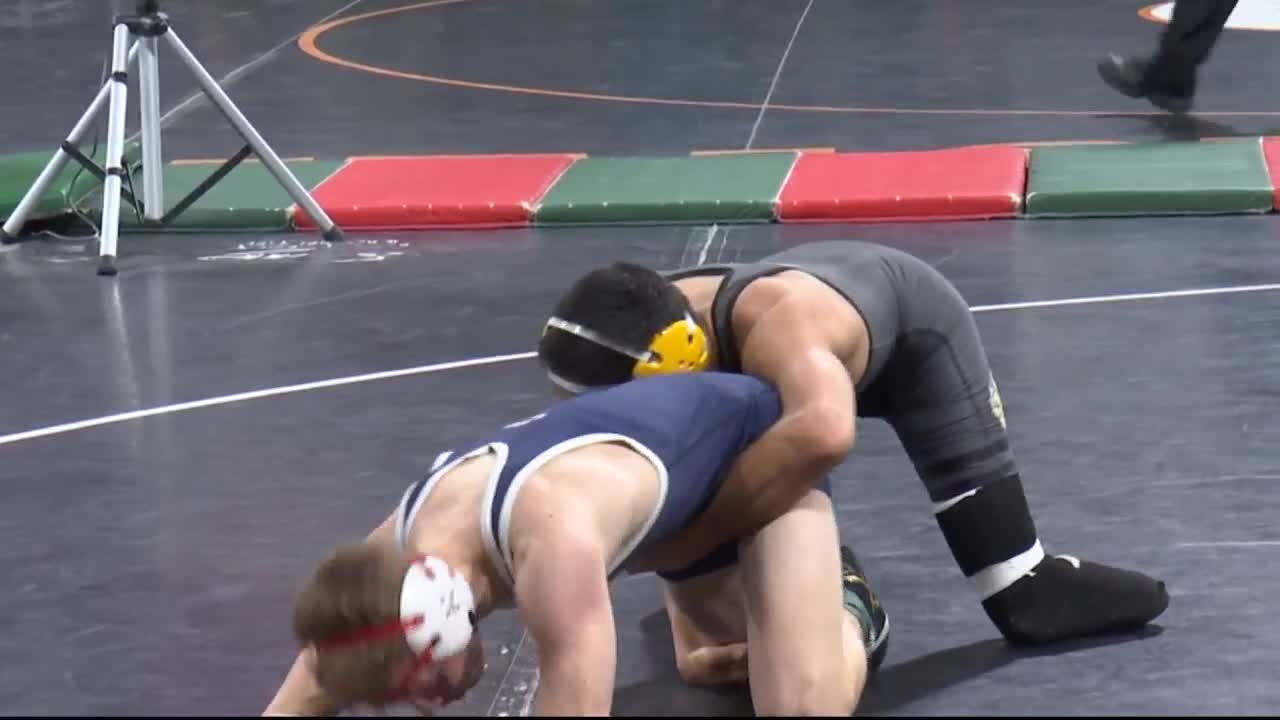 The Sidney Eagles are well on their way to another State A wrestling championship after the quarterfinal round, while Senior and Huntley Project are right in the thick of team races as well. 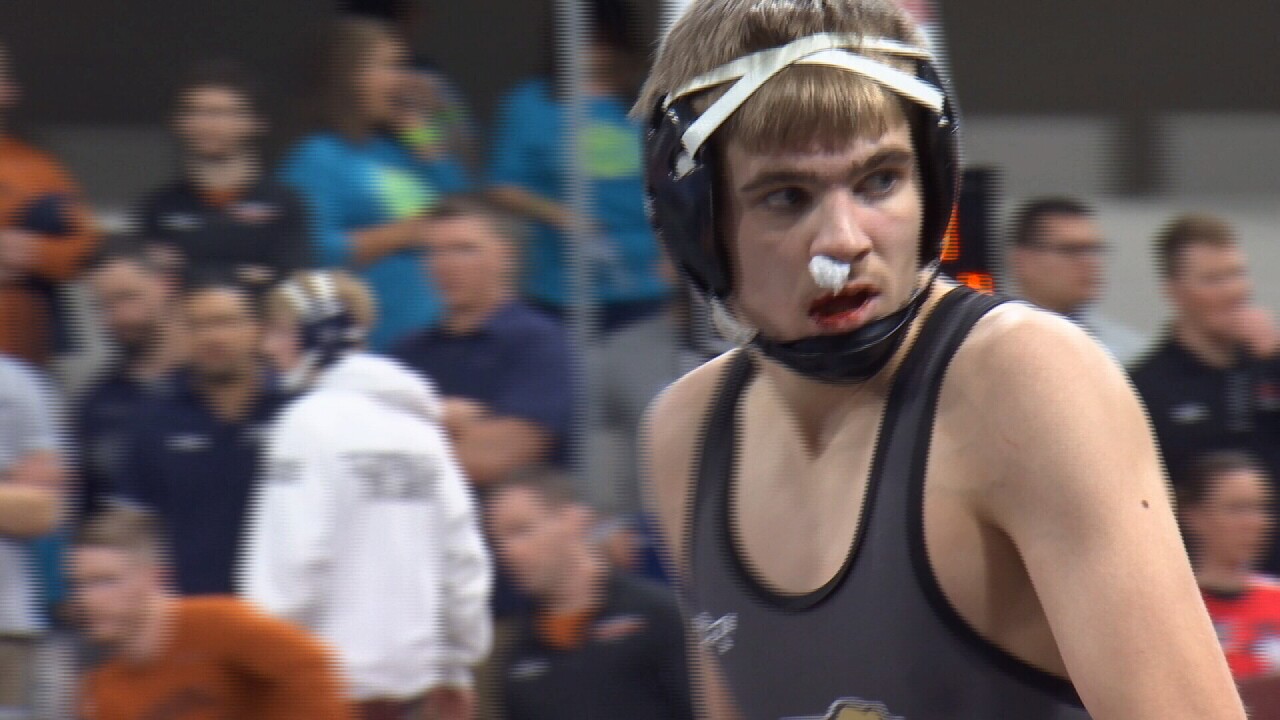 BILLINGS — The Sidney Eagles are well on their way to another State A wrestling championship after the quarterfinal round, while Billings Senior and Huntley Project are right in the thick of team races, as well.

Here are the quarterfinal matches MTN's Scott Breen was able to cover for Q2 Friday afternoon:

103-LBS.
West’s Jace Van Pelt with a 40-9 record, facing Belgrade’s Colton Gutenberger - Van Pelt losing 2-0 until late, when he gets three points for a nearfall to pull out the 3-2 win!

Skyview’s Hunter Ketchem, top-seeded & working on a 25-0 record - draws Senior’s Holden Howe - Ketchem with an early takedown, in control the whole way in an 8-2 win

126-LBS.
West sophomore Drake Rhodes - a 2-seed trying to win his second title - Rhodes pinned his opening round opponent in 1:10 - advances again with quick work over Bozeman's Tayt Rogers - Rhodes 1 win from the finals… now 40-4 on the season

132-LBS.
West High’s R.J. Lowdog and Carter Johnson of Flathead - Lowdog takes control in the first period on his way to a 5-2 win

138-LBS.
All eyes on are this match - Bozeman’s Leif Schroeder trying to join the 4-time champions club - Skyview’s Jaron Roberts in the way - but no match for the champ - Schroeder pins him in 1:22

126-LBS.
The only other guy who can win his 4th tomorrow, Frenchtown’s Jake Bibler - enters this match 35-1 - Hardin’s Sean Mehling trying to ruin it - but again, its the veteran who earns a first period pin - Bibler in 1:05

132-LBS.
Sidney’s guys are positioned to win it all by a landslide - Top-seeded Jordan Darby grappling with Laurel’s Dillon Ray - all Darby, as he scores point after point in a 15-0 tech fall

113-LBS.
Sidney’s Xander Dean.. already with 50 wins on the year, but Laurel’s Ivan Lee made life very difficult - Dean could only manage an escape point, but it was just enough as he posts a shutout in a 1-0 win

103-LBS.
LOOK OUT for Huntley Project in Class B/C - Gavin Nedens your top seed at 103, facing Guy Williams of Absarokee/Columbus/Park City - it takes Nedens until four seconds left in the match, but he gets the pin

120-LBS.
How about the Cook Brothers from Columbus - Tanner Cook at 32-0.. title contender, dealing with Riley Devries of Red Lodge - Cook too much, earns the 20-5 tech fall