Miles City's Damian Leidholt: "This tournament means just as much as state to me" 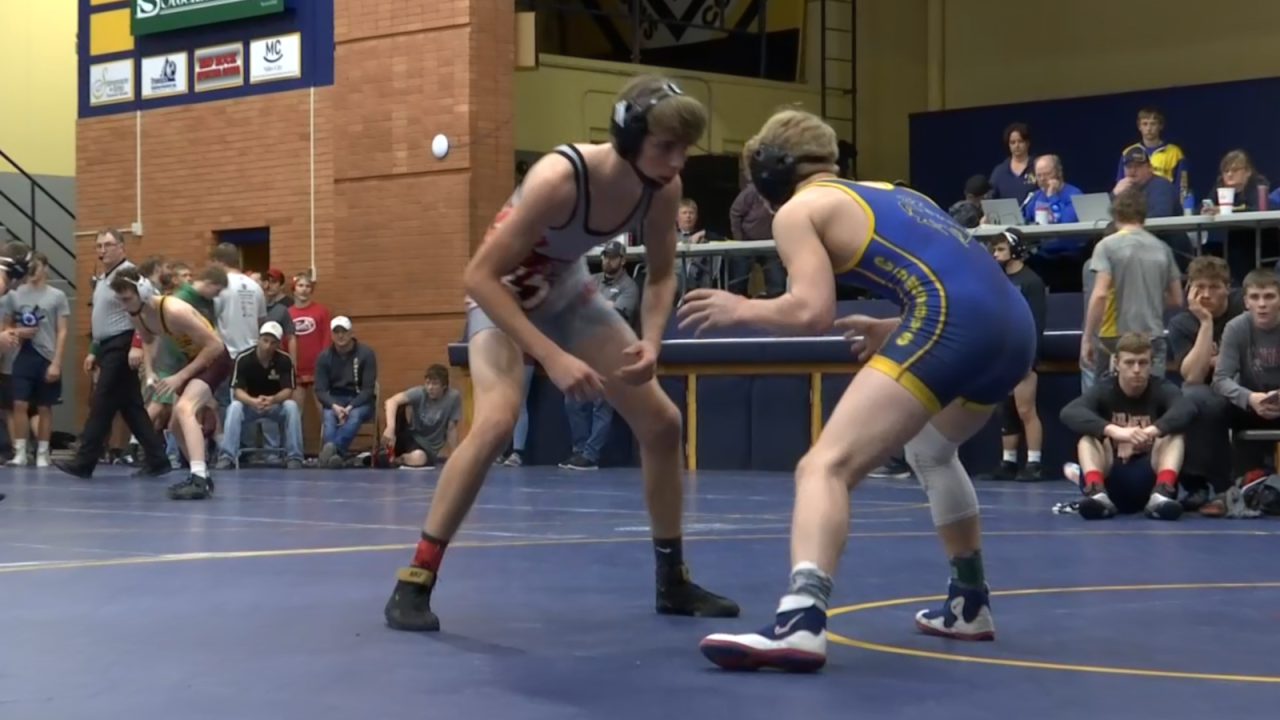 MILES CITY -- The 62nd Cowboy Invitational will wrap up later on Saturday evening, as championship matches have yet to be contested.

MTN Sports caught up with a few guys in Saturday night's title matches to see what a Cowboy title would mean to them.

"Obviously, every weekend that's the goal. Every weekend is the same," Billings West senior Drake Rhodes said ahead of his 126-pound title match against Columbus-Absarokee Cooper Cook. "Hopefully I can just wrestle hard and win this. It means a lot. I want to win the whole thing, but I've got to take it one match at a time."

"It kinds of brings happiness to me," Miles City's Damian Leidholt said. "This tournament means just as much as state to me, just because I like to go out and perform out in front of my hometown. Kind of makes me wrestle better."

Full championship highlights and sound can be found at MontanaSports.com later Saturday night.