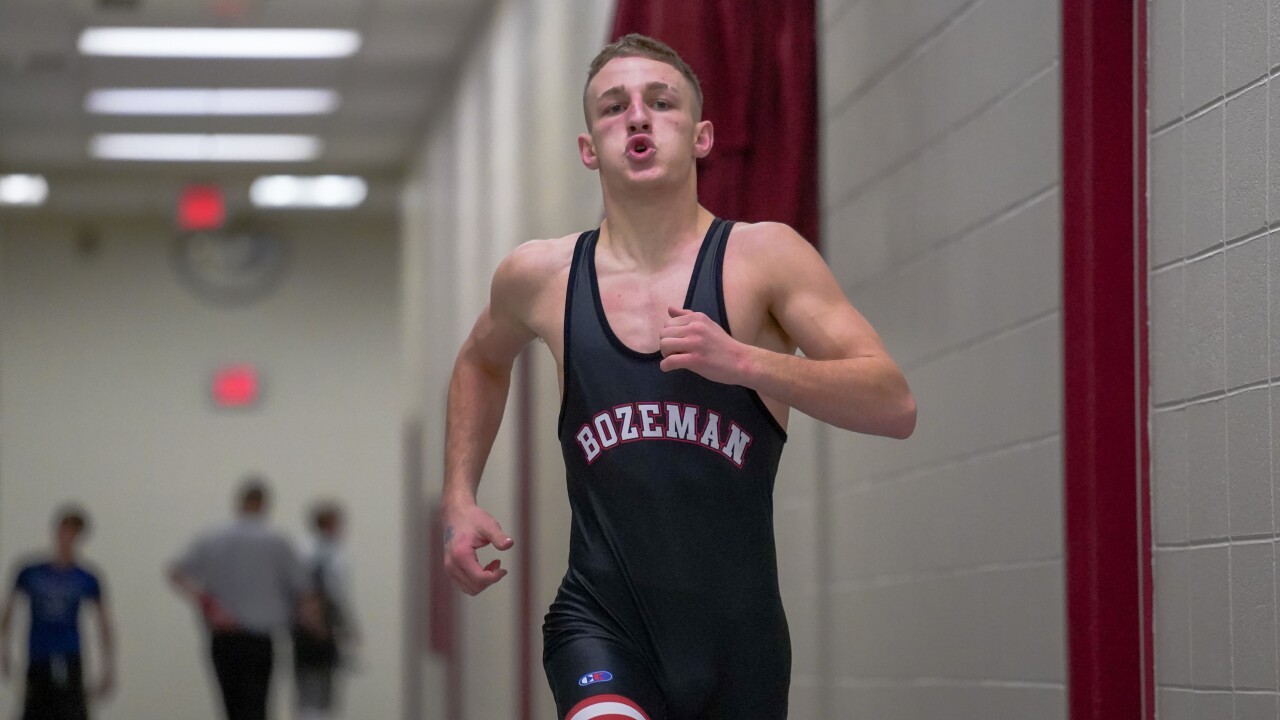 BILLINGS -- The journey to become Nos. 36 and 37 took two steps in the right direction on Friday.

"Honestly, there's been no pressure for me. My coaches, my family, I talked to a lot of them before state and they just said, 'No matter what happens this weekend, it isn't the end of (your) wrestling career," said Schroeder, a 138-pounder who has signed with the University of Iowa. "I put in the work, I've been working hard every single day.

"It's a little emotional being my last high school tournament, I'm kind of feeling those emotions right now, I don't know why. I love it."

Schroeder made a case for an early attempt at the tournament's quick pin award, winning his matches in a combined 1 minute, 34 seconds. He pinned Helena's David Kemp in all of 12 seconds, before needing 1:22 to send Billings Skyview's Jaron Roberts to the consolation bracket.

Quick pin or close win, Schroeder reacts the same to every match -- with an excitement and enthusiasm unrivaled by most.

"Every match is equally important," he said. "You can't win a state title in just one match, so enjoy the moments. I've wrestled like 150 high school matches and I would do it all over again. It's a special time."

"I feel good, I'm excited," he continued. "One at a time. There are some tough guys out there and I think the bracket is loaded. They're young, tough and scrappy, work hard and I love it."

Schroeder will face Butte's Scout Allen Saturday morning, while Kalispell Flathead's Brendan Barnes and Billings Senior's Idren Peak square off in the top half of the bracket.

Bibler also secured a semifinal berth via a pair of pins -- taking down Laurel's Max Brown in 46 seconds and Hardin's Sean Mehling in 1:05. One of six Frenchtown wrestlers in the semifinals Saturday morning, Bibler will draw the most attention, as will the bottom half of his bracket.

Lewistown's two-time champion Cooper Birdwell, whose record is 25-0 according to the Class A brackets, could meet the 36-1 Bibler in the final match of the state championships Saturday evening -- crushing the four-time dreams of one.

Bibler will first have to get past Miles City freshman Currey Brown in the semifinals, while Birdwell faces Libby-Troy junior Xander Spady.

Belgrade's John Mears, also a three-time state champion, was forced to retire from the sport due to concussion-related symptoms. The future Montana Western kicker is assisting the Panthers at state this weekend.

"(Thursday) my body and mind were kind of thinking I was still going to wrestle, so yesterday it didn't hit me. But this morning it hit me so hard," said Mears. "Throughout the day it's been off and on. ... It's been good for a couple hours now, at least."

"It's amazing. I've talked to my coach, a bunch of people came to say hi and stuff, sorry, so it's been real nice," he continued.