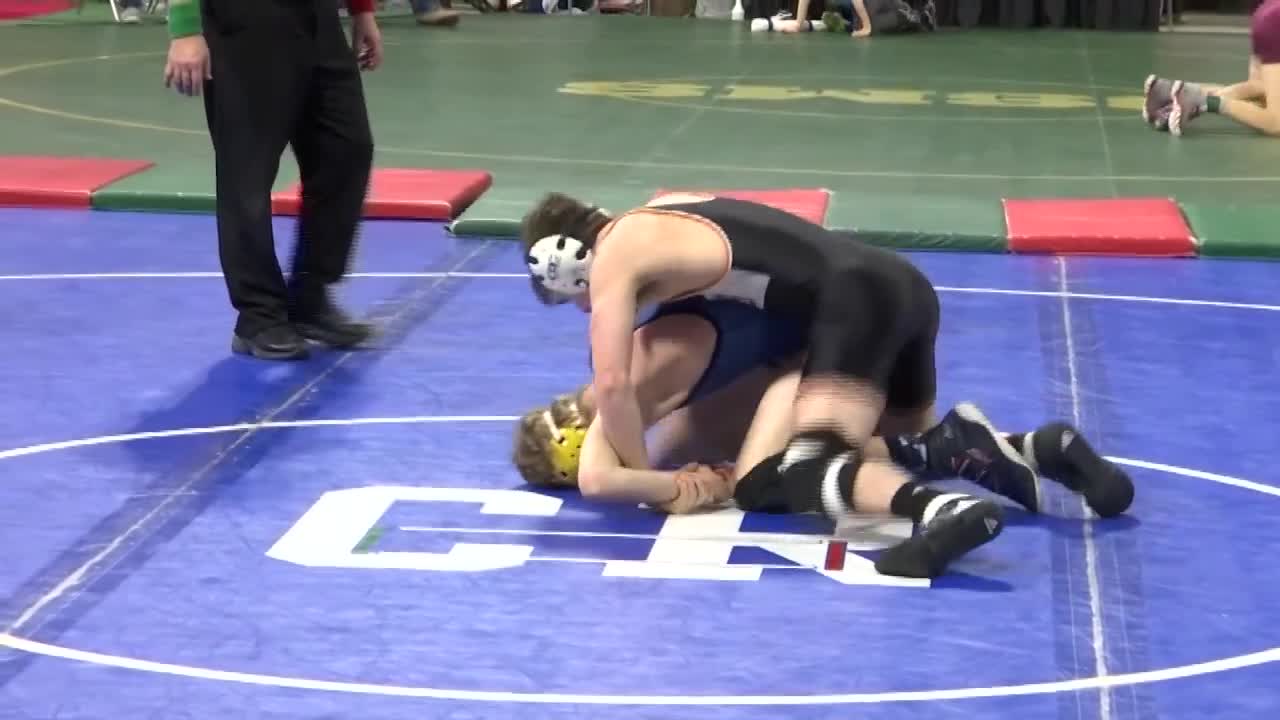 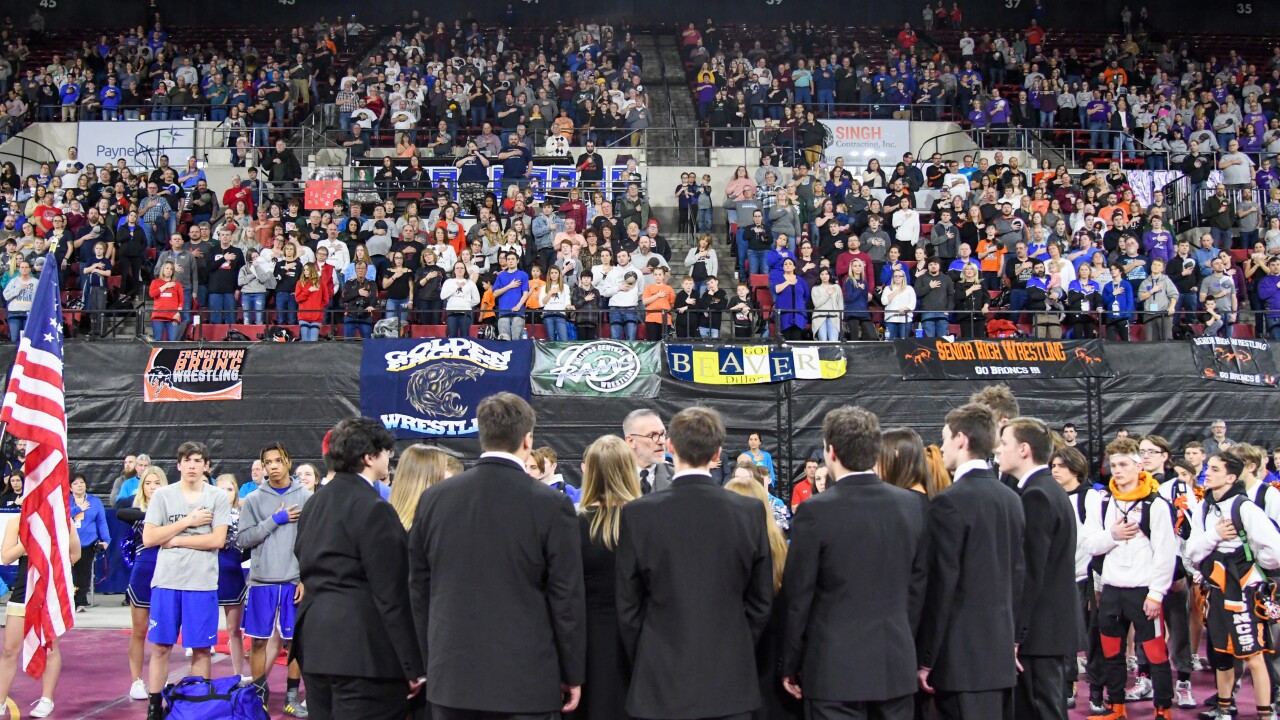 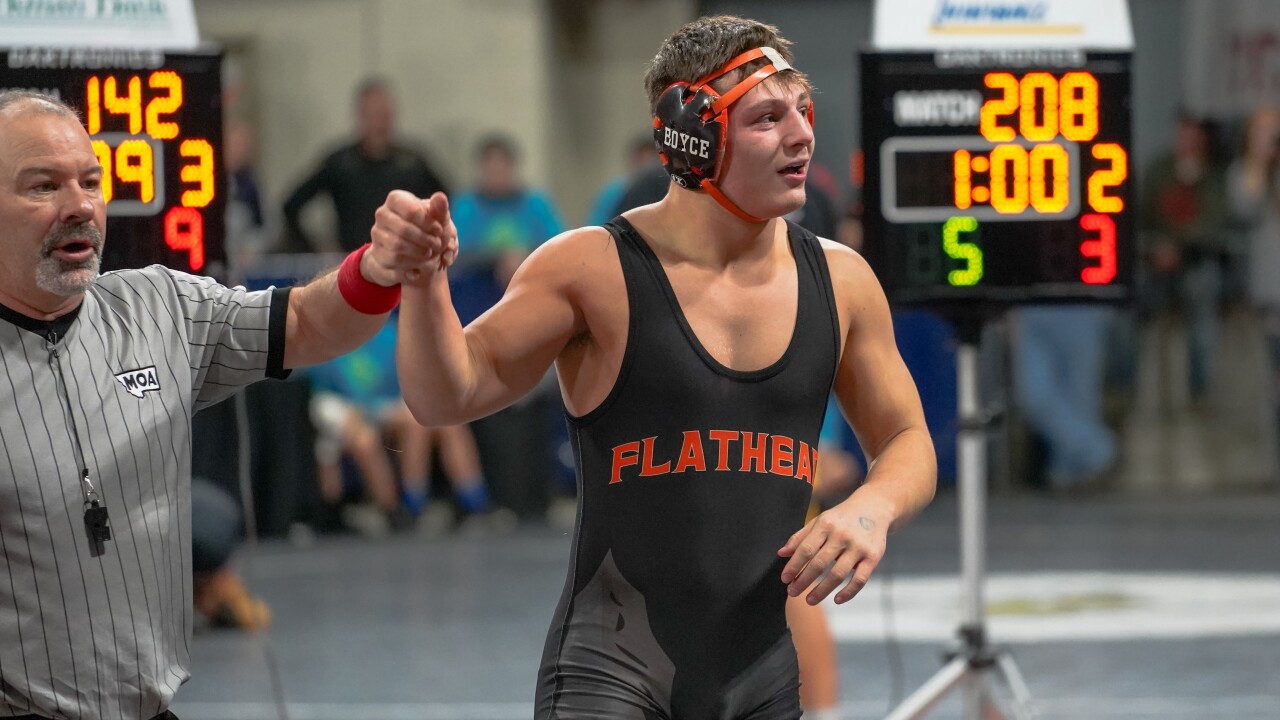 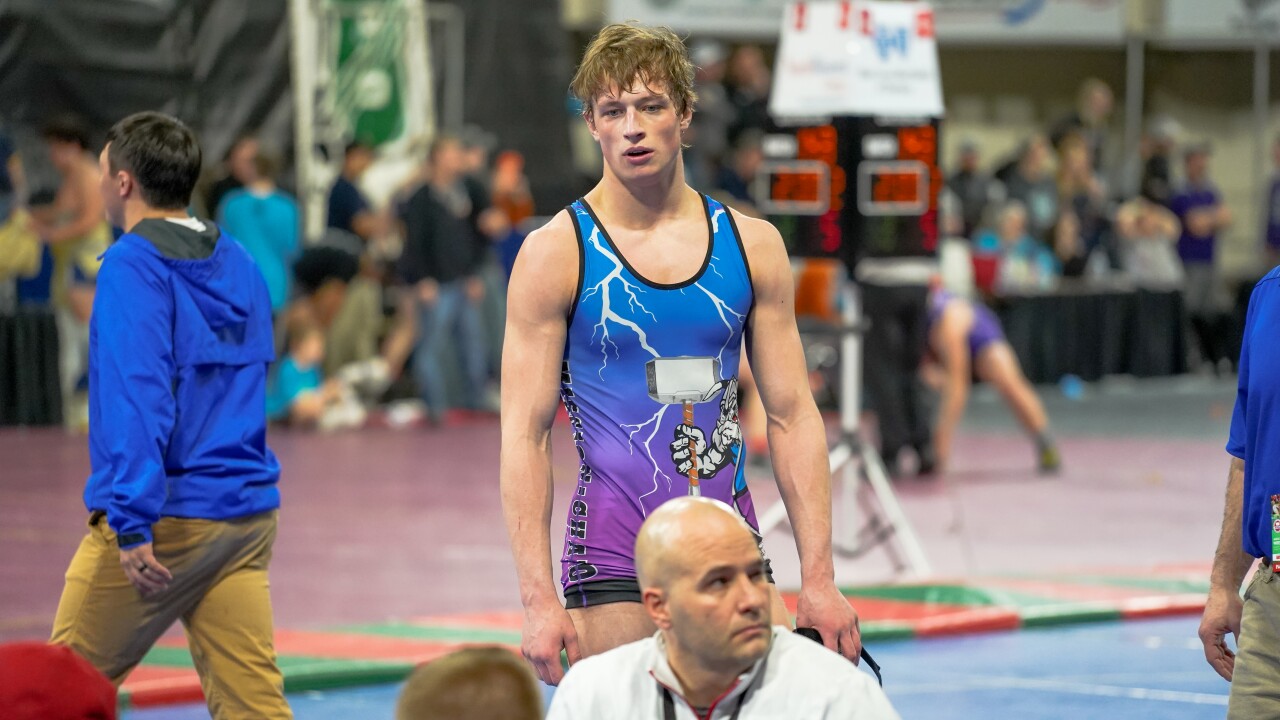 BILLINGS -- Kalispell Flathead, Frenchtown and Eureka will be in the hunt for state wrestling hardware on Saturday after strong showings on Friday afternoon on the opening day of the 2020 state wrestling tournaments inside First Interstate Arena at MetraPark in Billings.

Flathead sits in fourth place in Class AA after Friday with 99 points, just 3.5 points behind Butte for third. Great Falls High leads with 127 points and Billings Senior is second with 108.5.

It will be tough for Frenchtown to claim the team title with powerhouse Sidney already amassing 147.5 points, but the Broncs are deadlocked in second place in Class A with Miles City at 83.5 points thanks to quarterfinal wins from Walker Dyer, Eli Warner and Jake Bibler.

Eureka will need a strong Saturday push to climb the Class B-C standings, as the Lions are in fifth place through Friday's action. Eureka junior Gunnar Smith will be chasing his third consecutive state title on Saturday.

Here are the quarterfinal matches MTN's Alec Bofinger was able to cover for KPAX Friday afternoon:

138 pounds
Kalispell Flathead's Brendan Barnes, who placed third last year at 126 pounds, taking on Billings Senior's Shawn Miller. Barnes had to grind out a 4-2 decision to advance to Saturday's semifinals.

152 pounds
Missoula Big Sky's Hunter Meinzen was a state champion last year at 145 pounds, but he's now up at 152 pounds. He met Great Falls CMR's AJ Lafurge in the quarterfinals, but Meinzen would pin Lafurge just seconds into the second period.

113 pounds
Walker Dyer was a state champion last year for Frenchtown at 113 pounds, and he'd keep hope alive for a second. Dyer would pin Glendive's Austin Berry to advance to the semifinals.

120 pounds
More from Frenchtown, as Eli Warner, who finished fourth last year at 113 pounds, took on Orion Barta of Columbia Falls. Warner would pin Barta in the second period to advance.

126 pounds
Frenchtown's Jake Bibler is one of two wrestlers this weekend chasing a fourth consecutive state title. Bibler met Hardin's Sean Mehling in the quarterfinals and made quick work of him, pinning Mehling in a minute and five seconds. A possible matchup in the championship with Lewistown's undefeated Cooper Birdwell looms large.

120 pounds
Thompson Falls' Trea Thilmony placed third last year at 113 pounds and is now wrestling at 120 pounds. He took on Whitehall's Dawson Powers on Friday and would advance by pinning Powers with just 23 seconds left in the match.

126 pounds
Eureka junior Gunnar Smith is staring down the sights at a third consecutive state title after pinning Anaconda's Tommy Sawyer at 126 pounds.

132 pounds
Eureka will be hoping Kyle Durden can contribute some points, as Durden placed third last year at 126 pounds. Now wrestling at 132, Durden moved on to the semifinals with a 15-7 major decision over Three Forks' Levi Wagner.