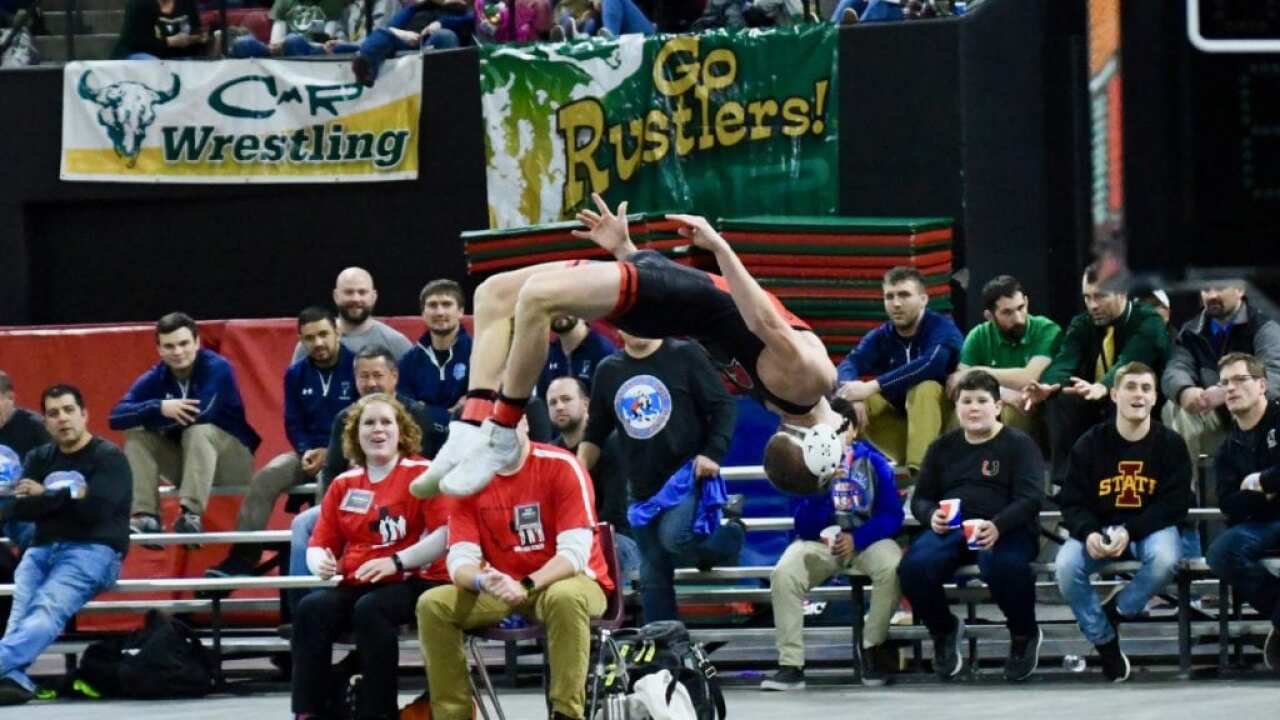 The Montana High School Association has released the brackets for the all-class state wrestling tournaments.

The tournaments, which will crown individual champions in Class AA, Class A and Class B-C, are Feb. 14-15 at First Interstate Arena at MetraPark in Billings. Bozeman (Class AA), Sidney (Class A), Colstrip (Class B) and Circle (Class C) are the reigning team champions, with all four figuring to push for places on the podium again this weekend.

Bozeman crowned three champions -- Avery Allen, Leif Schroeder and Brock Rodrigues -- at the Eastern AA seeding tournament. Schroeder is one of two wrestlers who will be seeking to become a four-time state champion at the state tournament. Schroeder will begin his championship quest in Thursday's first round against Helena High's David Kemp in the 138-pound bracket.

Sidney is again the Class A favorite after cruising to the team win at the Eastern A divisional tournament behind eight individual champions. The Eagles had six top-ranked wrestlers --Zander Dean at 113 pounds, Everett Jensen at 132, Aden Graves at 145, Dylan Lutz at 160, Riley Waters at 182 and Jett Jones at 205 -- in the latest Class A coaches poll.

Frenchtown's Jake Bibler, who is seeking his fourth individual championship, was ranked second at 126 pounds behind Lewistown's Cooper Birdwell. Bibler begins his tournament against Laurel's Max Brown in the first round, while the junior Birdwell, who is chasing his third gold medal, starts with Ronan's Peterson Watkins. Bibler and Birdwell are on opposite sides of the 126-pound bracket.

Colstrip finished third at the Eastern B-C divisional tournament behind Huntley Project and Glasgow, which figure to battle for the Class B team championship. Both the Red Devils and Scotties crowned three individual champions at the divisional tournament, behind only Class C Circle, which had four: Krayle Stormer (113 pounds), Tugg Taylor (120), Canyon Casterline (138) and Cole Becker (145). The Wildcats are again the favorite for the Class C team title.

Official weigh-ins for the tournaments begin at 8 a.m. Friday with the Parade of Athletes scheduled to start at 10 a.m. First-round matches begin at 10:20 a.m. Friday's action will include the first-round and quarterfinal matches as well as the first- and second-round consolation matches.

Saturday's wrestling action is scheduled to begin at 9:30 a.m. with the semifinal and consolation quarterfinal matches. The championship finals, which will start at 132 pounds, begin after the Parade of Finalists at 3:15 p.m. Saturday.