Sheila Williams: 'I don't regret the decision to go into teaching or coaching' 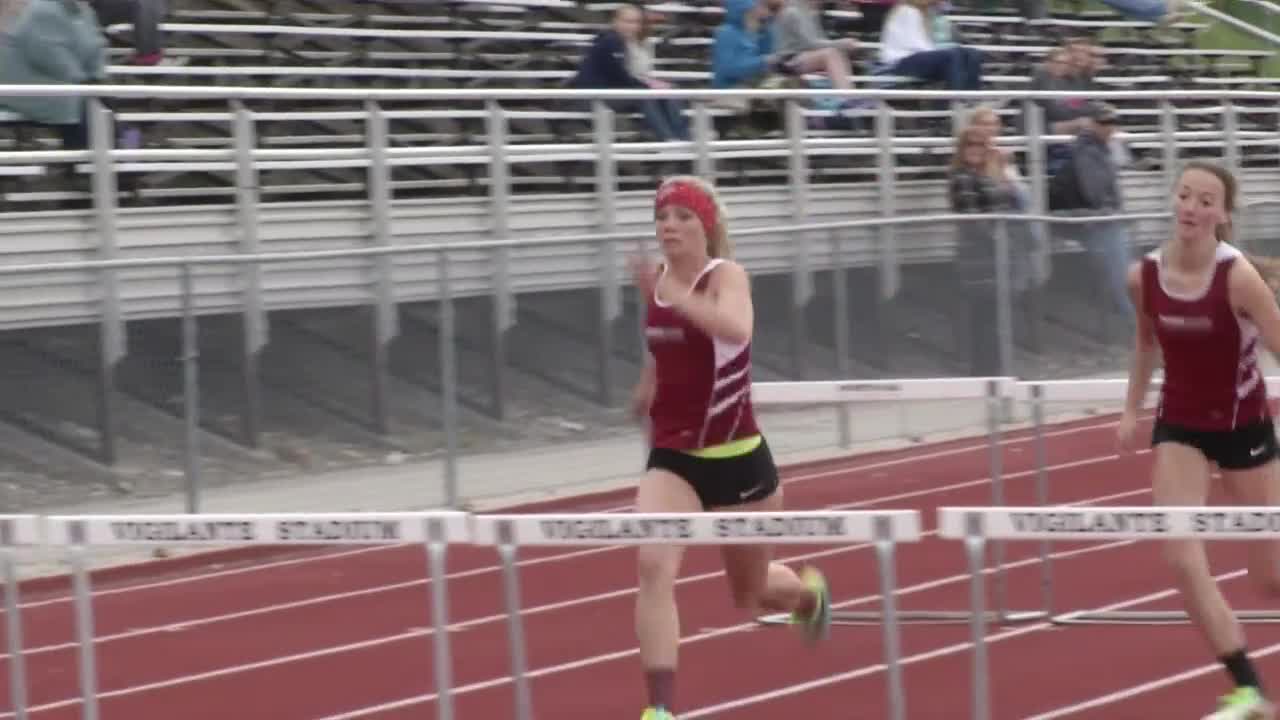 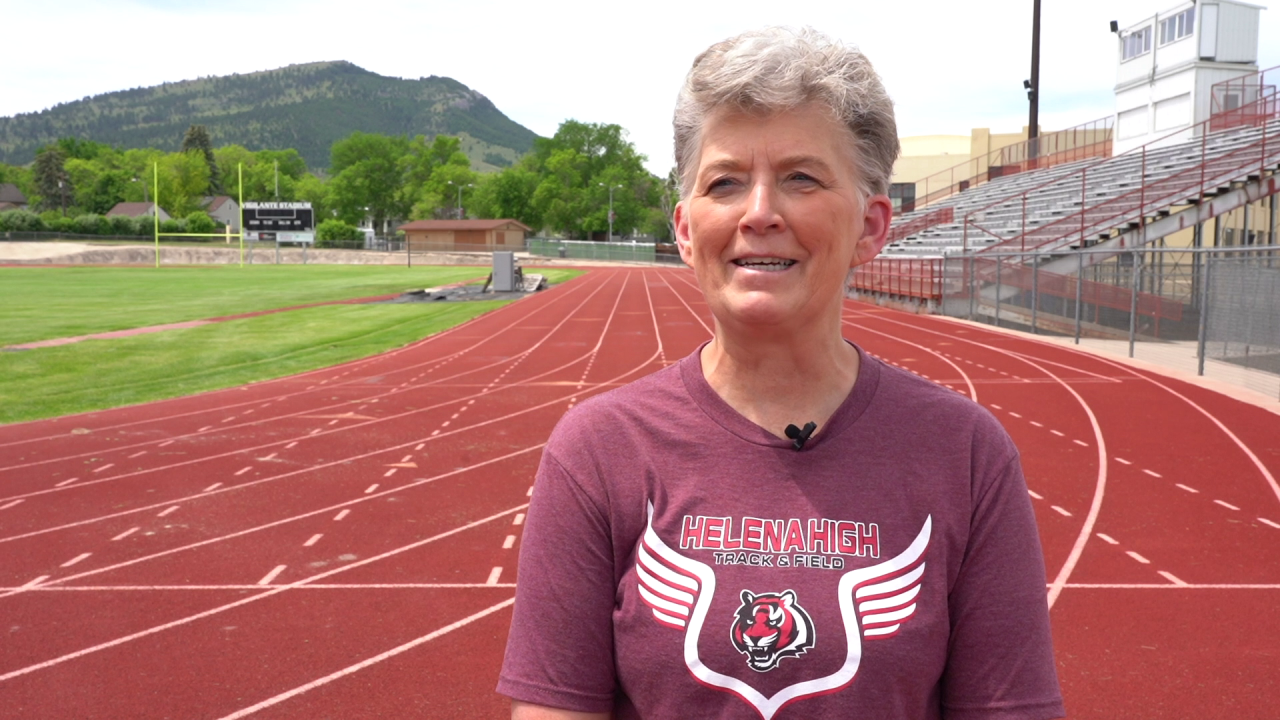 HELENA -- In another life, Sheila Williams may have been an author.

She still could in this life, of course, after experiencing firsthand countless moments that most flipping through the pages wouldn't believe were true stories.

"At one point I joked about how we should have, and (former Helena High cross country and track coach) Linda Paull and I talked about this, we should have kept diaries and written a book just about bus trips alone. Everything we experienced on bus trips," laughed Williams, referencing some three decades worth of road trips with student-athletes. "Some of the most humorous and best memories often times are on the bus rides, good and bad."

There are literally hundreds, thousands even, of those memories for Williams, who announced her resignation as the Helena High girls track and field coach last week after also retiring from her teaching position in the district.

A graduate of Belgrade High School and former college point guard at Bethel University in St. Paul, Minn., Williams started her career in small-town Terry before moving to Shelby and eventually Helena, where she has remained since 1992.

"When we first went into teaching then, you just did everything and you didn’t question it. You were chaperoning dances, taking tickets. When I was in Terry I taught elementary music, so I started out teaching K-5 social studies and then I coached everything. That was just an expectation," said Williams. "One of the things I do remember that’s so different, like in Terry and Shelby, as a head track coach or a head coach, but especially track, you coached everything. You coached every event.

"I don’t know how to this day, I try to think back to my practices and it’s like, ‘How in the world did I ever get around to everyone and try to make sure they were doing the same things?’ I did hear some stories later on with girls telling me, ‘Did you really think they went for that run? Do you want to know where they really went?’"

Chalk it down as more content for the book. The stories and memories have come flooding back since Williams decided to step away this month.

There was the conversation at the Terry grocery store during her first days in the eastern Montana town, with one resident immediately recognizing her as the new coach. "Only in a small town," she laughed.

In Shelby, there was the 1988 Class B volleyball state championship, the lone title in program history. "I can remember the owner of the movie theater ran to the front of the show and told people he was shutting down so they could go support the team," Williams recalled.

Make room for those chapters in the book.

Those experiences in Terry and Shelby left a lasting respect of small-town life for Williams, who notes there were certainly changes when she moved to the big city of Helena.

"I think the big difference in Class AA is you just have more athletes, but I think our AA kids are pretty spoiled. When you’re in a small school you do everything, and you don’t complain. You run the relay, you’re in a zillion events, you just do it because you have to," chuckled Williams. "Here they get a little spoiled sometimes, but it’s a lot of fun."

Williams oversaw 17 individual state champions and two relay titles during her tenure as head coach, with Anna Brooks earning a three-peat in the javelin (2004-06), Aimee Morrison winning consecutive discus titles (2005-06) and Terah Cundith repeating in the pole vault (2012-13). Williams' daughter, Kyndal, won the javelin title as a junior in 2011, and Odessa Zentz dazzled as a freshman last year in winning the 400- and 800-meter races.

It's hard for Williams to pinpoint a favorite, let alone the most impressive, but there are a handful of results that stand out to this day.

"When Carly Smiedala was able to win her 400 (at the state meet in 2016 in Missoula), that was so awesome for her and all of us, just because of the competition and everything, all the events surrounding it. I mean, she had taken second while breaking a state record for heaven’s sake, so I was so happy for her to finally be able to say, ‘I’m a state champion in that race,’ because she was a pretty dominant, pretty darn good athlete for us," said Williams. "We’ve had others, last year was fun, too, with Jamie (Pickens) picking up the javelin for the first time. That was fun. If we would have had two more weeks I think she would have won (state)."

"Shannon Agee, watching her jump and setting a national record, pretty awesome," continued Williams. "We had a relay, and this was when I was an assistant, but we were thinking about the kids on that relay, and them now, of those four that were on the relay, two are medical doctors, one is a professor at Montana State and the other is doing really well in her career, too. Those are the kinds of things, the caliber of kids we have had, just smart, talented and awesome ladies."

Williams was quick to note it wasn't necessarily the championship-caliber athletes that had the greatest impact on her coaching career.

"Sometimes your best memories are kids who, track is their thing, and maybe they’ve gone out for other sports and maybe been cut, and their big thing is to get a letter or to have a fair jump in the long jump pit," she said. "Those types of memories are just as sweet, seeing those athletes experience their success. ... I really do think some of your best memories aren’t necessarily the amazing performances, and obviously those mean a lot and you’ll always remember them, but being able to work with all different kinds of kids. And helping them find their event. You have freshmen come, ‘Coach Williams, what should I do?’ ‘Well, OK, we’ll help you find something.’"

Perhaps freshmen should be a chapter in the book?

In a way, 2020 is the end of an era, with both Williams and Paull resigning from their posts. The two have been mainstays at Helena High from volleyball to cross country and together in track and field, not to mention their teaching positions. Williams says they will "be friends forever" and will find continued joy in taking trips down memory lane.

Most importantly, she believes they both had positive impacts on the female student-athletes that walked the halls at Helena High, something she hopes to see continued for years to come.

"I really think that’s important to have good female role models. We always tried to recruit kids coming out of college. I’m not saying men can’t coach women, I’m definitely not saying that, but there’s just something about having women coaches," said Williams. "It’s hard to find women head coaches. For one thing, with families, you need to have a supportive spouse, which I was really blessed. I have a very supportive spouse (Marvin). And then kids come into the picture and whatnot, so it’s really difficult to do that. So I’m really hoping we see that, we do see young women want to step up. Lindsey (Day) is obviously doing a great job with our volleyball program, so I really want to see that continue."

A lifelong mentor, Williams is happy to offer advice to future teachers and coaches, noting it's important to enjoy the profession while having support from those closest.

"I’ve always felt that teaching is almost like a calling. It sounds maybe corny, but I don’t think it is. If you go into it with the feeling that, ‘This is just my job,’ then I don’t think you’re going to get involved in the school. I would say, first of all, if you’re going to be a teacher, follow your heart and go for it," she said. "I’ve been so blessed. You have that passion for developing the relationships with the kids. It’s not a typical job. ... It’s not easy. You’re going to deal with a lot of parental pressure, all that kind of stuff that comes along with it, and now you have club involvement and that stuff, so it’s so different from when I first started. But you have to have some tough skin and just know that it’s not going to be pretty sometimes, but it’s worth it. It really is. I think that’s why some people end up leaving is because they think, ‘I can’t do this. This is not what I signed up for.’ I get that. And like I alluded to earlier, if you are in a relationship, your partner needs to be supportive because you are gone a lot, not there and working on other stuff. Fortunately, (Marvin) and I both shared the same passion and so did our girls (Kelsey and Kyndal), so I was pretty blessed with that.

"I don’t regret the decision, ever, to go into teaching and coaching."

That could be the perfect opening sentence should she ever decide to write that book.