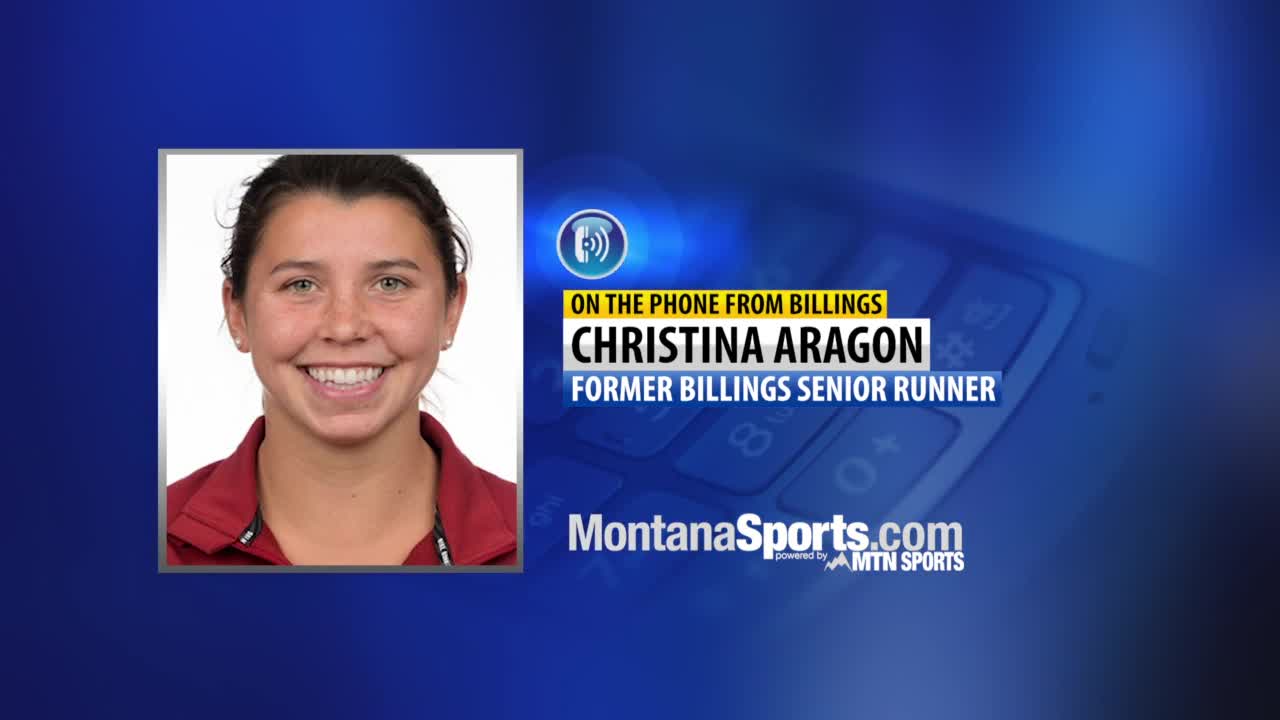 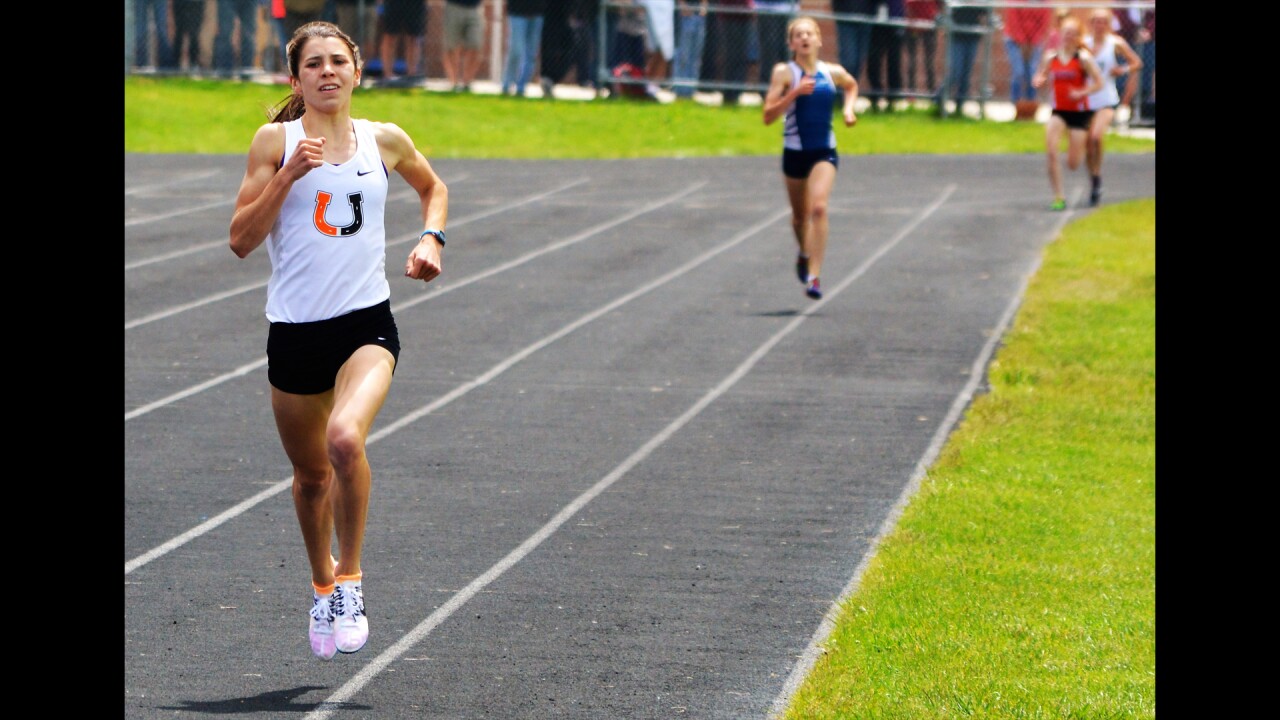 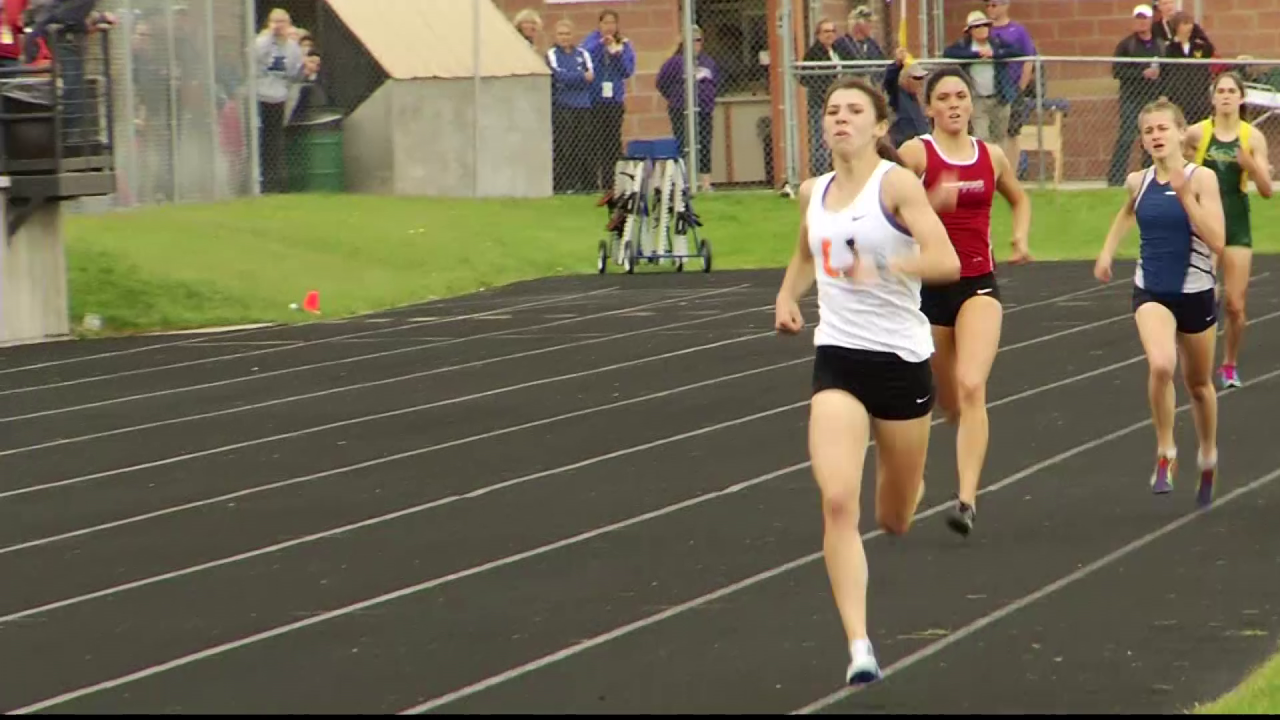 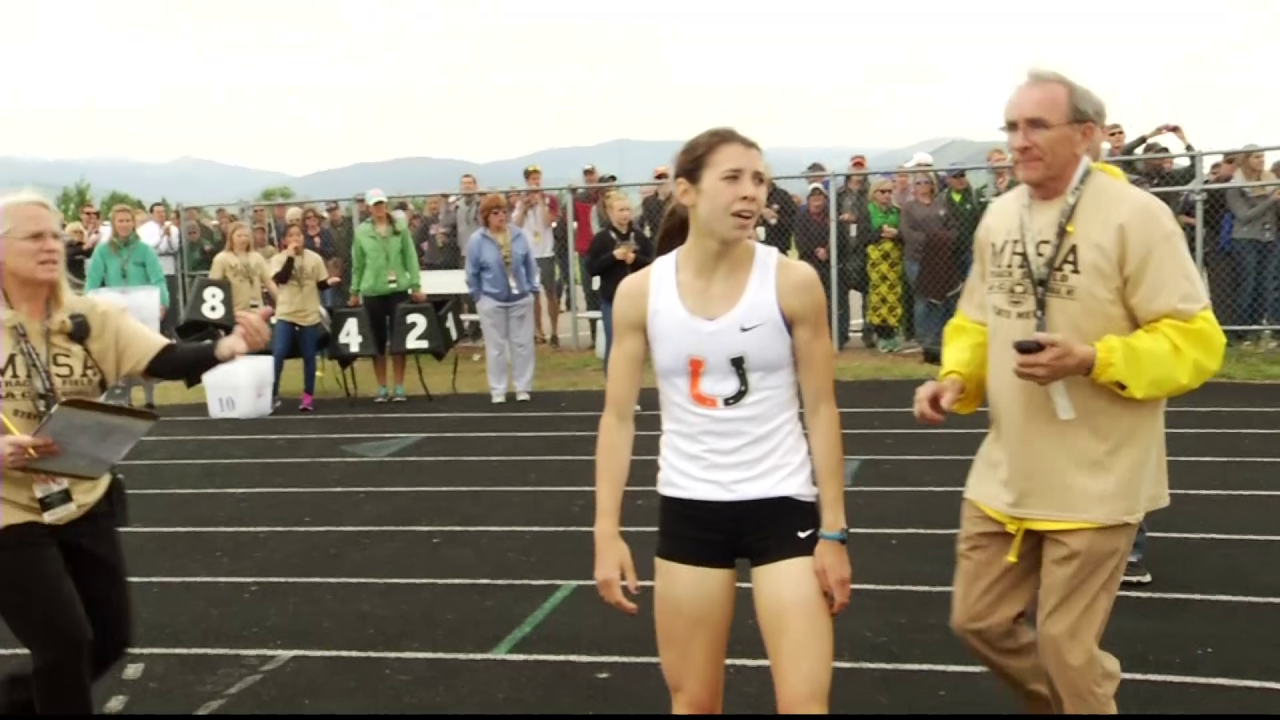 BILLINGS — It’s never been a challenge for Christina Aragon to get pumped up for a race.

The former Billings Senior sensation, Olympic Trials qualifier and current Stanford Cardinal runner has always found motivation prior to the starting gun, but there was something extra special about her senior state track meet in Missoula in 2016.

“I remember being pretty excited for everything. I think when it's your last shot at something, you kind of just want to really do your best and make improvements on everything that you're doing,” Aragon told MTN Sports this week.

Those expectations were immense — Aragon was already a nine-time state track champion, holding three-peats in the 400-, 800- and 1,600-meter runs, the defending Montana Gatorade track and field athlete of the year, and was Stanford-bound as one of the top prep runners in the nation.

Aragon, not surprisingly, lived up to the hype.

“I think I probably had a lot of different goals going into that meet. I just wanted to compete the best I could, but I remember being particularly excited for the 800,” Aragon recalled. “I don't know why that (race), maybe because it was my sister’s (Dani Aragon’s) state record. I don't feel like we are particularly competitive or anything, but I think maybe that just kind of accentuated the 800-meter state records. So I remember the 800, definitely, being a primary goal in my mind wanting to break that record.”

“The year before, my junior year, I had done a postseason race and run 2:04, so I like felt like it was very much in my wheelhouse to get that record,” she said.

The assault on the record books hardly ended there. Later Friday, Aragon lined up for the 3,200-meter run, settling in, once again, behind Kalispell Glacier sophomore Annie Hill for a majority of the race.

With 300 meters to go, much like the 800 earlier in the day, Aragon sprinted past Hill and again into the record books, clocking a 10:23.31 for another all-class record.

“I remember feeling better than I expected to feel. I think I knew that that day was going to be a very long day,” said Aragon. “I remember being surprised at how good I felt in the two-mile, and I think that's what made it kind of fun, is just being able to feel good and know that you have something left even as the race progresses. And, of course, it was always fun to race Annie.

If Day 1 wasn’t enough to impress the Missoula County Public Schools Stadium crowd, Aragon certainly gave them reason to cheer on the finale. After the pair of all-class records the day prior — she false-started in the 400-meter dash, ending a streak of three state titles — Aragon added one more in the 1,600-meter run,
breaking her own record with a time of 4:43.51.

It was the final time she stood atop the podium.

“Maybe that was the the most special part about it, that this is the final day that I'm getting to compete for Senior. And I think with having the day before having gone well, it was more just excitement,” she said.

Over the course of two days, three all-class records and the ensuing three trips to the top of the podium, the 4,000-plus fans in attendance let Aragon know they were appreciative of the performance — one never seen before nor since.

“I felt like that was a really cool moment for me, maybe the most special moment of the whole meet, because it felt like it was Montana kind of joining together,” Aragon said. “Everyone is rooting for a different person, everyone’s wanting different teams to win, but everyone coming together, it just makes you feel very supported by people who care about running, just people in general in the state. And I think that was cool to see.”

“Even now I can kind of think back on that and how cool it is to have such a big support system of people that you don't even have close contact with,” she continued, “but who are still looking out for you, who are still rooting you forward. I think that was just a cool moment of people from all over coming together.”

Aragon might have been the star of the show that May weekend in 2016, but she was hardly the only cast member. In total, nine state records were set that weekend — seven of those all-class records — including Aragon’s trio.

Though they weren’t all-class records, Jordan’s Kelly Murnion and West Yellowstone’s Bailee Parker set new Class C standards in the 400 and 3,200, respectively. Murnion ran a 48.64 while Parker broke her own record at 10:32.82.

In all, it was a weekend worth remembering.

“Yeah, that's very impressive. I definitely remember feeling very good energy there, so I think everyone was excited, and the crowd was probably excited by the high level of competition that was going on,” said Aragon. “I almost feel like, even now as you're bringing all that stuff up and as I'm looking back at old articles and things like that, you don't really realize the extent, even just the caliber of what was accomplished in Montana at that time, and how cool that is for the state.

“I didn't necessarily realize that at the time, or even directly after. I kind of realized that now looking back. In the moment, you're very focused on what you're doing and there's a lot of excitement, but I don't think you necessarily can take a step back and see it for the big picture that it is until you get some distance from it.”

It’s possible the other athletes rode the momentum Aragon started. After all, that kind of energy can be contagious.